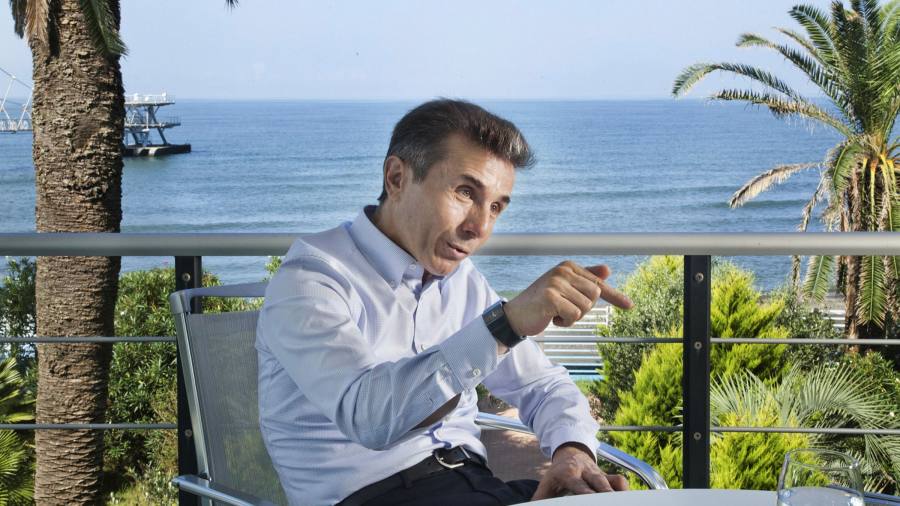 Credit Suisse ignored brazen compliance violations by one of its top bankers for years, as he stole from billionaire clients and flouted anti-money laundering directives, a leaked regulatory report reveals.

For more than a decade, Patrice Lescaudron defrauded some of the Swiss bank’s most sensitive accounts — including those held by former Georgian prime minister Bidzina Ivanishvili and Russian oligarch Vitaly Malkin — funding a lavish lifestyle of luxury houses, sports cars, Rolex watches and gifts of Chanel jewellery.

Repeated warning signs, evidence of hundreds of suspicious transactions and four formal disciplinary proceedings, were not acted upon by Credit Suisse, however, according to findings published inadvertently in a damning 270-page report compiled by lawyers for Switzerland’s market regulator, Finma.

“There were even attempts to gloss over the violations,” the report said.

Credit Suisse has long maintained that Lescaudron — who was criminally convicted in 2018 and committed suicide last year after an early release — was a highly successful rogue operator who worked tirelessly to hide his illegal activity from superiors and colleagues. The Swiss criminal case against Lescaudron found the bank to have been a wronged party.

The disclosures deal yet another blow to Switzerland’s increasingly embattled financial services industry, which has been beset by a series of ugly court cases and regulatory censures in recent months. In December, new UBS chief executive Ralph Hamers became embroiled in a Dutch money laundering case. Last month, two former chief executives of Julius Baer were formally reprimanded for their compliance failures in connection with dirty money from Venezuela.

Before Lescaudron’s downfall in 2015 — when huge trades he had been making using misappropriated client funds went awry — the Frenchman had been one of Credit Suisse’s top three moneymakers.

Thanks to his success — built on a cluster of relationships with extremely wealthy but politically exposed Russian-speaking clients — Lescaudron was paid as much as 12 times that of fellow bankers in Credit Suisse’s crown-jewel wealth management division, which caters to the world’s super-rich.

Details of the bank’s oversight of Lescaudron have been until now tightly controlled by Switzerland’s courts.

Finma’s regulatory investigation into the affair concluded in 2018. Publicly, it said Credit Suisse’s controls had been “inadequate” but judged that the case did not merit any punitive action. The censure did not name Lescaudron.

On Thursday, however, an apparent clerical error led to the disclosure of the dossier on which Finma’s public findings had been based.

A group calling themselves “CS Victims” — who accuse Lescaudron of appropriating $1bn from them, and are suing Credit Suisse for damages — published the document on their website.

The group has repeatedly sought to gain access to the Finma dossier. But two legal rulings by Swiss courts — the latest in September last year — had ordered the dossier to be sealed.

In a statement, Credit Suisse confirmed the veracity of the report, whose content is now widely in the public domain, but stressed it gives only a partial picture of a multiyear regulatory investigation.

“This specific document corresponds to the early stages of a closed legacy case review. Such review did not reveal any facts that would support the criminal complaints against Credit Suisse,” the bank said.

The leaked report paints a picture of chaotic supervision over Lescaudron in the bank’s wealth management arm.

“[Lescaudron’s] disregard of internal directives and guidelines, the inadequate safeguarding of client documentation as well as unauthorised settlements of client transactions had been known to the bank since June 2011,” the lawyers who authored the report found, based on extensive interviews and a review of thousands of internal Credit Suisse documents.

Around a dozen senior Credit Suisse executives — including top management — were aware of concerns over Lescaudron and repeated rule breaking by him, the report said.

Fallout 76: Steel Reign and Expeditions Details | Play For All 2021