Credit Suisse to raise capital as it reels from Archegos losses 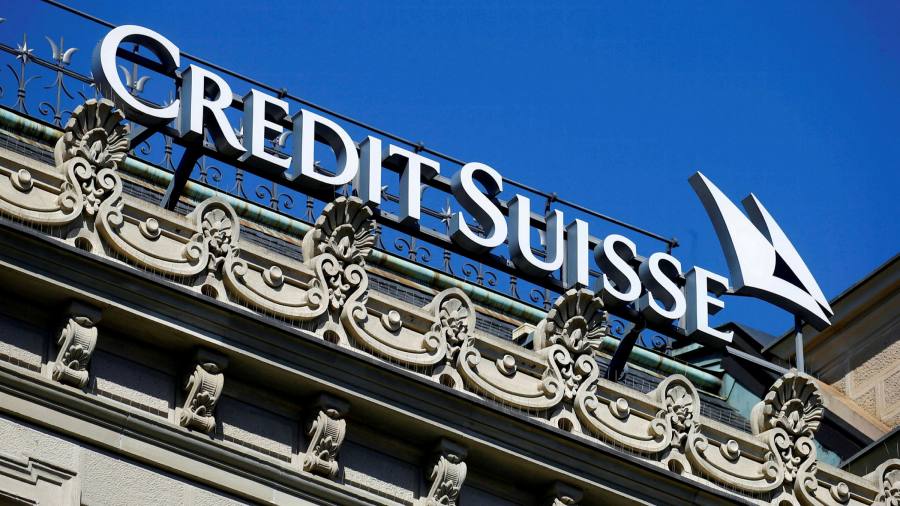 Credit Suisse is raising SFr1.7bn ($1.9bn) of capital from investors in a bid to rebuild its balance sheet as it reels from back-to-back crises involving Archegos Capital and Greensill Capital that have triggered investigations by the Swiss financial regulator.

The Swiss lender said on Thursday it would sell 203m convertible notes to existing shareholders as it seeks to lift its common equity tier 1 ratio from 12.2 per cent to 13 per cent.

Credit Suisse has been rocked by its biggest trading loss in more than a decade from family office Archegos last month, which came just weeks after it was forced to suspend $10bn of supply chain finance funds linked to Greensill.

Separately, Finma, Switzerland’s financial regulator, announced on Thursday it had opened enforcement proceedings against Credit Suisse in relation to potential risk management shortcomings in its relationship with Archegos.

The regulator had previously started an investigation into Credit Suisse’s Greensill losses.

“As a result of these two cases, Finma has in recent weeks ordered various short-term measures to be put in place,” the watchdog said.

“These include organisational and risk-reducing measures and capital surcharges as well as reductions in or suspensions of variable remuneration components. These precautionary and temporary measures are intended to complement and reinforce steps already taken by the bank.”

The move came as Switzerland’s second-biggest bank by assets reported a SFr757m ($825m) loss in the first quarter, having previously warned that pre-tax losses could be as high as SFr900m.

The bank would have reported its best quarter for at least a decade thanks to a 31 per cent year-on-year rise in revenues, but it was forced to write off SFr4.4bn on losses related to Archegos Capital.

“The loss we report this quarter, because of this matter, is unacceptable,” said Thomas Gottstein, chief executive of Credit Suisse. “Together with the board of directors, we have taken significant steps to address this situation as well as the supply chain finance funds matter.”

The bank said it had sold 97 per cent of the shares it held relating to Archegos and anticipated a further $655m of losses relating to the sales in the second quarter.

The bank also said it had settled two long-running mortgage bond lawsuits in the US for $500m, having previously warned that claims ran as high as $1.3bn.

Credit Suisse has been hit by the twin crises surrounding Greensill and Archegos over the past two months.

The bank’s share price is down 30 per cent since March 1, when it froze the group of supply-chain finance funds linked to Greensill. Credit Suisse executives have estimated that clients who invested in the funds could lose up to $3bn after several companies that owed money to the funds indicated they were unable or unwilling to pay.

Weeks later, Credit Suisse was one of several global banks struck by the implosion of their client Archegos, the family office run by former hedge fund manager Bill Hwang.

The Swiss lender later wrote down $4.7bn on the collapse of Archegos — its biggest trading loss for at least a decade.

The twin debacles have sparked regulatory investigations in several countries, while the Credit Suisse’s board has begun its own internal probes. The bank has also announced a swath of senior and mid-level executive departures in recent weeks, including Lara Warner, the head of risk and compliance, and Brian Chin, head of the investment bank.

Outgoing Lloyds Banking Group chief executive António Horta-Osório is due to be confirmed as Credit Suisse’s new chair at the bank’s AGM next Thursday.