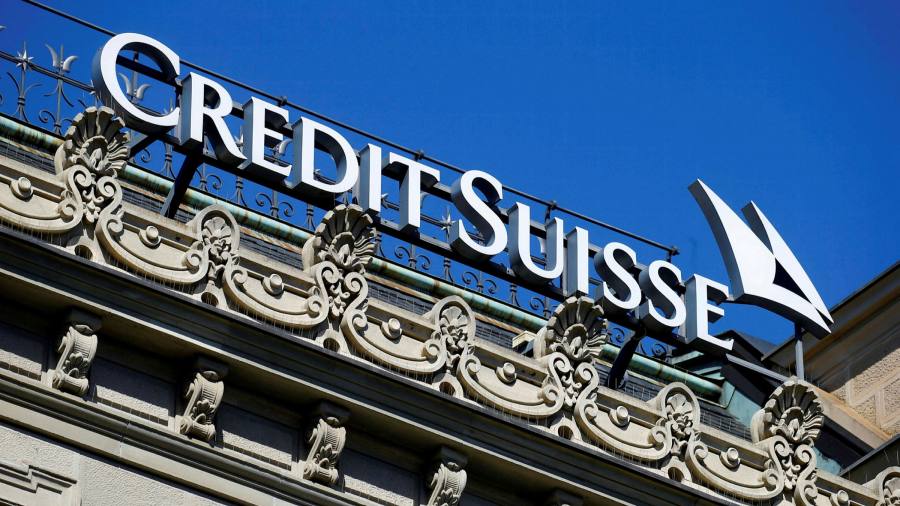 Sign up to myFT Daily Digest to be the first to know about Credit Suisse Group AG news.

Credit Suisse’s reputation for risk management has been hit this year by the twin crises surrounding specialist finance firm Greensill Capital and family office Archegos. The two incidents have led to Credit Suisse liquidating $10bn of investment funds and losing $5.5bn in the worst trading loss in its 165-year history.

A damning report into the Archegos losses, published last month, described a “fundamental failure of management and controls” in Credit Suisse’s investment bank and a “lackadaisical attitude towards risk”.

Horta-Osório, who led Lloyds out of the financial crisis, joined the Credit Suisse board in April and said at the time that the bank’s plight was the worst he had seen in his career. He also promised an urgent review of risk management, strategy and culture. Final details of the review are expected by the end of the year.

On Friday morning, Horta-Osório said the proposed appointments of Lehmann and Colombas to the board would help strengthen Credit Suisse’s risk management.

“With their deep experience in risk management and business leadership, and both with careers spanning approximately three decades in financial services, they will make an invaluable contribution as we shape the bank’s strategic realignment and enhance our culture of risk management and personal responsibility and accountability,” he said.

Lehmann was UBS’s chief operating officer and president of personal and corporate banking. His career at UBS and before that at Zurich Insurance Group included several risk management roles.

Andreas Gottschling stepped down from his role as head of Credit Suisse’s risk committee in April after several large shareholders indicated they would vote against his re-election.

Richard Meddings, the executive chair of TSB Bank, has been interim head of the Credit Suisse risk committee since April. He will continue to lead the bank’s audit committee.

Last month Credit Suisse announced it had hired David Wildermuth, the former deputy risk officer at Goldman Sachs, as its chief risk officer. Wildermuth will move from New York to Zurich to take up his new post by February 2022.