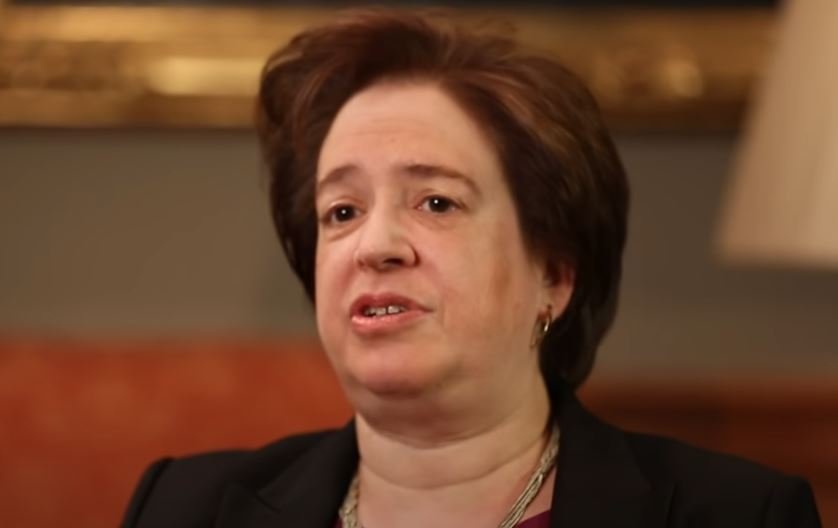 Just think — This lunatic is sitting on the highest court in the land.

As reported earlier —  In a 6-3 Ruling, the Court has decided that the Clean Air Act is no longer an appropriate vehicle for the EPA to curtail greenhouse gas emissions from power plants. The ruling sides with conservative lawmakers, states, and the fossil fuel industry to reduce the impact and authority of the EPA. The move is a win for the nation’s energy production, and limits the ability of Biden to stop or end fossil fuel production by the United States oil industry.

Thank you, President Trump, for your great additions to the Thomas Court!

TRENDING: Cruel and Unusual Punishment: DOJ Instructs VA to Suspend All Benefits of January 6th Prisoner Held in DC Gulag – This is What Happens When “Vindictive Leftists get in Charge”

Justice Elena Kagan, a committed leftist and crackpot, warned in her dissent that the Eastern United States could be “swallowed by the ocean” due to global warming. Democrats actually believe this crap and want to destroy the US in the process.

Via Steve Milloy and Midnight Rider.

Nutty Kagan dissent in WV v. EPA claims “children born this year could to live to see part of the Eastern seaboard swallowed by the ocean.”

Elena Kagan may want to warn Barack and Michelle Obama who own properties in Hawaii and Martha’s Vineyard.

They don’t seem too worried about the rising oceans.