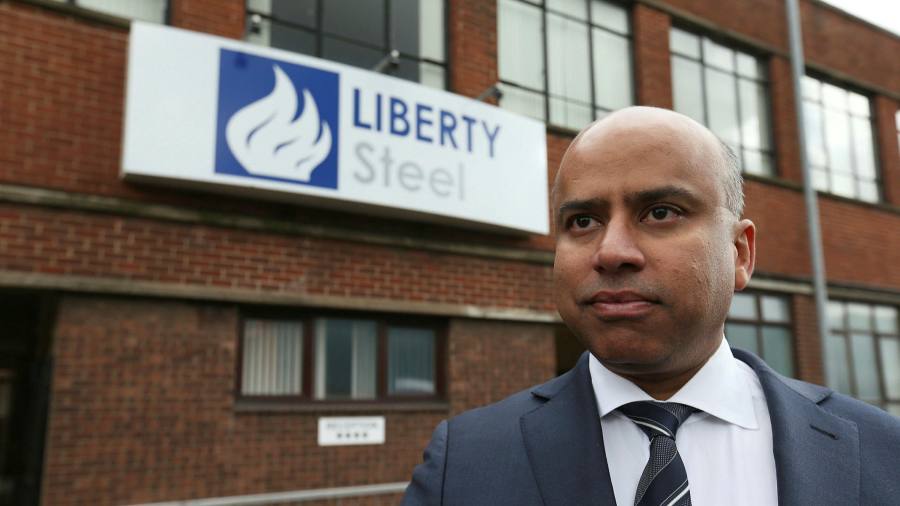 A Belgian court has overturned a decision to liquidate under-fire metal tycoon Sanjeev Gupta’s operations in the country, paving the way for the plants to restart production.

Gupta’s Belgian company Liberty Liege Dudelange on Thursday successfully appealed an April court order which called for the company to be liquidated after a judge rejected a restructuring plan for its Belgian assets.

The decision was overturned after Gupta’s Romanian steel subsidiary Liberty Galati provided financial support for its Belgian counterpart in the form of a debt-to-equity swap worth €52.5mn as well as €3mn in cash, according to court records.

This resulted in raising the company’s net assets to €81,946, which places it above the mandatory threshold of €61,500 necessary to be compliant with the Belgian companies and associations code.

Liberty Liege Dudelange also filed its overdue accounts, a further requirement from the court to grant the appeal.

The decision provides temporary relief to Gupta’s GFG Alliance group, which is facing court battles in several jurisdictions, and has been attempting to refinance its businesses since the collapse of the group’s major lender Greensill Capital in March last year amid allegations of fraud.

The UK’s Serious Fraud Office and French police are investigating GFG Alliance companies over suspected fraud and money laundering. In late April French police conducted searches at properties, including metalworks linked to Gupta, while the SFO requested documents including company balance sheets and correspondence related to their probe, which was launched a year ago.

GFG bought two sites in Belgium, at Flemalle and Tilleur — employing about 650 people — near Liege from ArcelorMittal in 2018. A reorganisation plan for the operations drafted after Greensill’s collapse originally provided for Liberty Galati to offer financial support to Liberty Liege by December last year.

Gupta’s Liberty Steel Group told the court last week that it had already provided new funding “through a series of intragroup debt-to-equity conversions” as well as new cash equity into the Liege plants, which would allow it to restart operations.

Toker Ozcan, who was recently appointed as chief executive of Greensteel EMEA for Liberty Steel, said on Thursday that the company welcomed the court’s decision and would restart production at the mill as soon as possible.

Liberty Galati in 2020 reported a loss of €10.6mn. However a spokesperson for the company said that Liberty Galati recently reported “record production results, having successfully mitigated any supply issues potentially raised by the situation in Ukraine, and the plant continues to go from strength to strength further increasing its production to satisfy the ever-increasing demand for steel”.

Liberty Liege a week ago filed annual accounts to June 2021, which show €77.5mn in losses before tax.

GFG has separately vowed to continue its fight to retain control of a rolling mill at Duffel that has also been the subject of litigation with its lender, US private equity group, American Industrial Partners.