As wildfires supercharged by climate change-induced drought and heatwaves ravage southern Europe, conservationists are increasingly concerned for the fate of the continent’s wild species which are struggling to stay ahead of the rampaging blazes.

“Fires falling outside natural patterns are jeopardizing the survival of wildlife, which are killed or injured through direct contact with smoke and flames or suffer widespread habitat destruction,” Margaret Kinnaird, global wildlife practice leader at WWF International, told AFP.

While it is hard to gauge the impact of individual fires on specific species, there is no doubt that the blazes destroying thousands of hectares of their natural habitat is bound to disrupt certain animals.

“There are so many fires it is impossible to know which ones are serious and having an impact,” said Craig Hilton-Taylor, head of the International Union for the Conservation of Nature Red List unit.

“In an area impacted by fire, it will also depend on the species found at those sites as to how susceptible they will be; some species are tolerant to fires and others may even thrive after fire.” 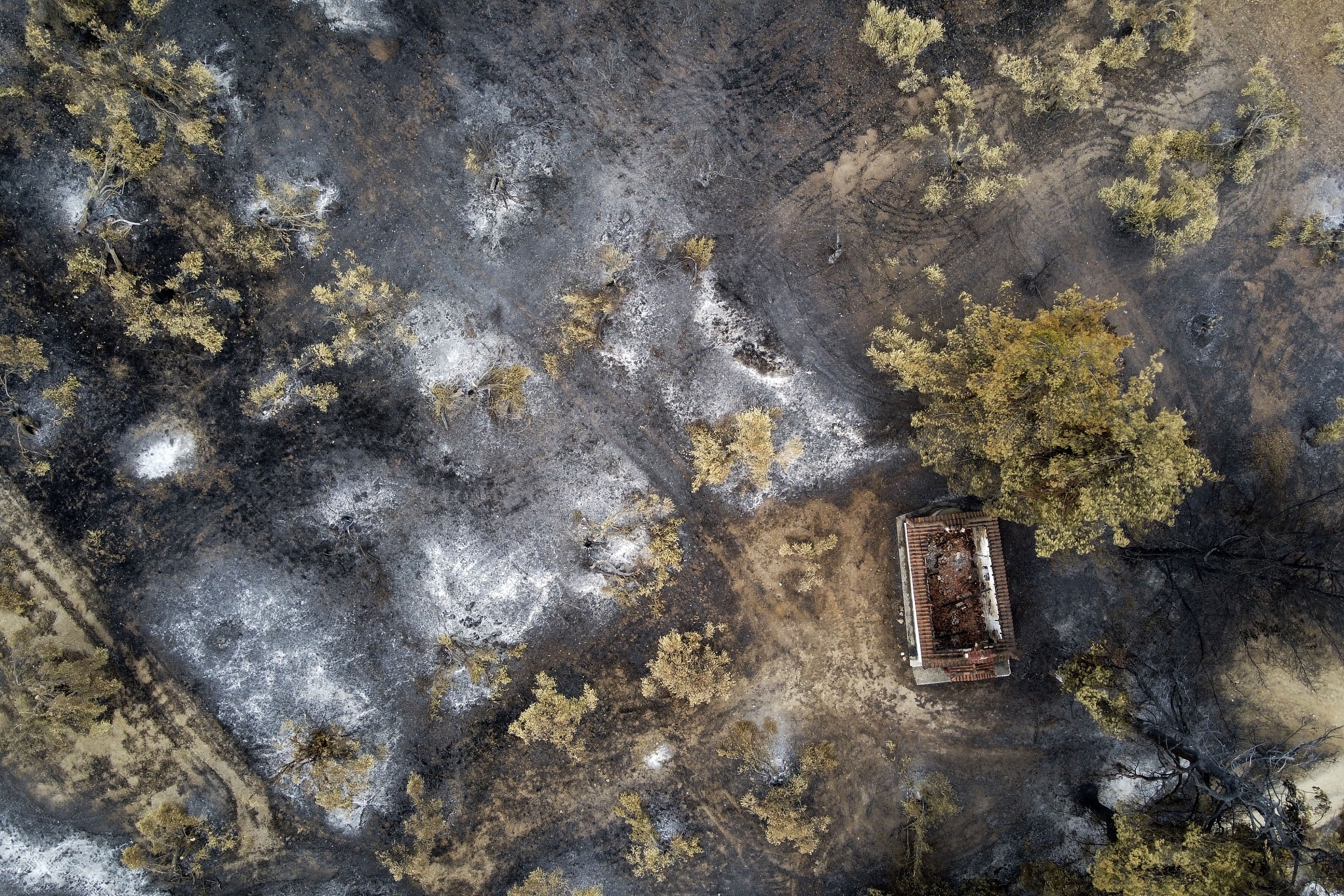 A burnt house at a forest in Agia Anna village on Evia island, about 181 kilometers north of Athens, Greece, August 11, 2021. /CFP

A burnt house at a forest in Agia Anna village on Evia island, about 181 kilometers north of Athens, Greece, August 11, 2021. /CFP

According to WWF’s preliminary observations, the fires in the forests and mountains of Turkey’s southern Mugla and Antalya provinces have caused “extensive damage” to habitats of the desert lynx, wild goat, eagle owl and woolly dormouse.

In total, the environment inhabited by 121 species has been damaged in Antalya and by 87 species, including woodpeckers and reptiles, in Mugla.

In neighboring Greece, WWF said it had recorded “major disasters in many parts of the country, with the recent forest fires affecting vital ecosystems and countless wild and domestic animals.” 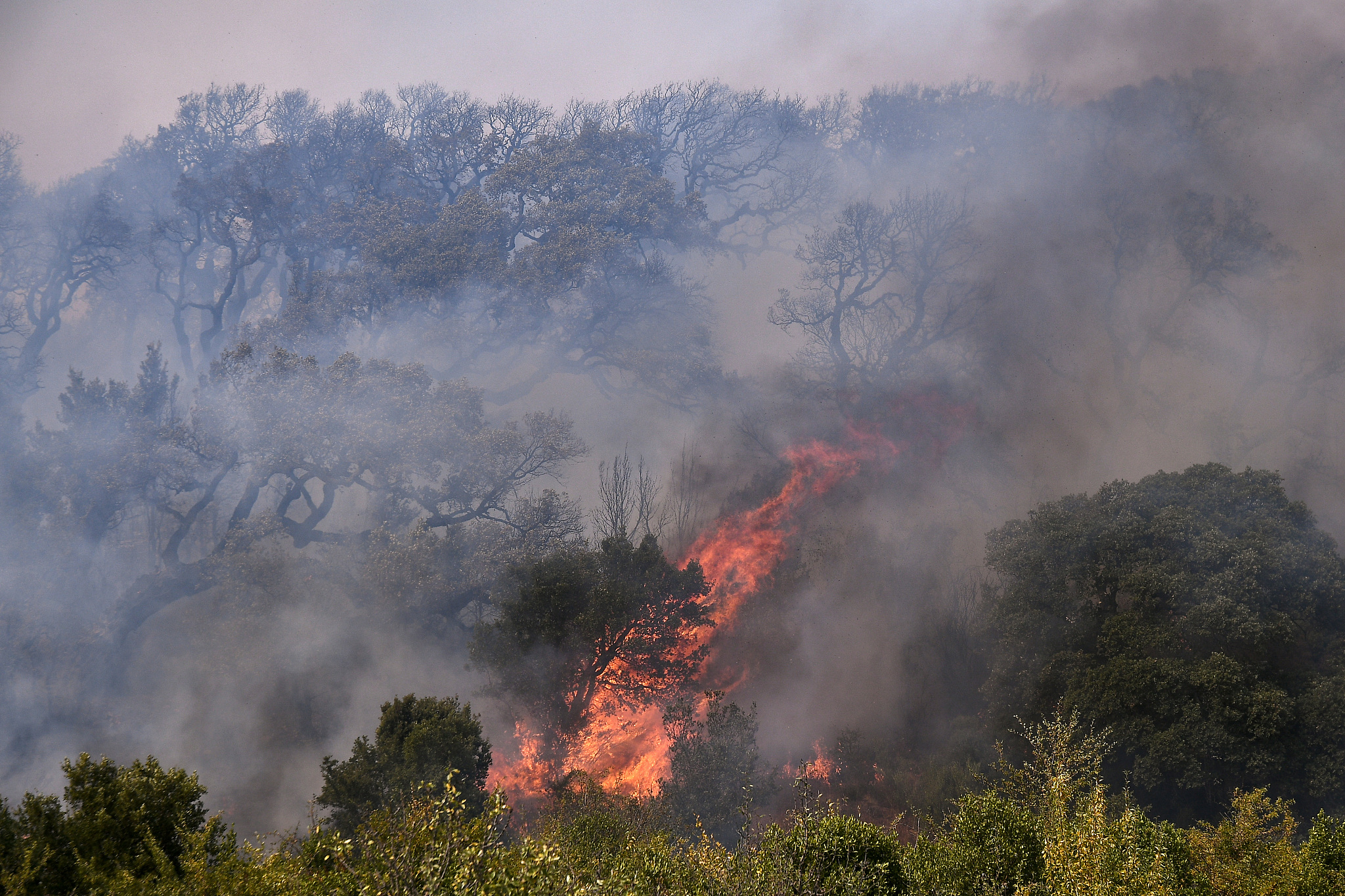 Aspromonte National Park, which is located in the southern section of the Apennines, in Calabria, Italy, has been hit by a string of fires in recent weeks.

The park is home to the rare forest dormouse, WWF said.

Flames were also threatening several species endemic to Sardinia, “one of the most biodiversity-rich regions in the Mediterranean,” it added.

Fires in Abruzzo, Sardinia, Puglia and Sicily were having a “huge impact on wildlife and important ecosystems that are already threatened by fragmentation, land transformation, hunting, poaching and illegal logging,” WWF said. 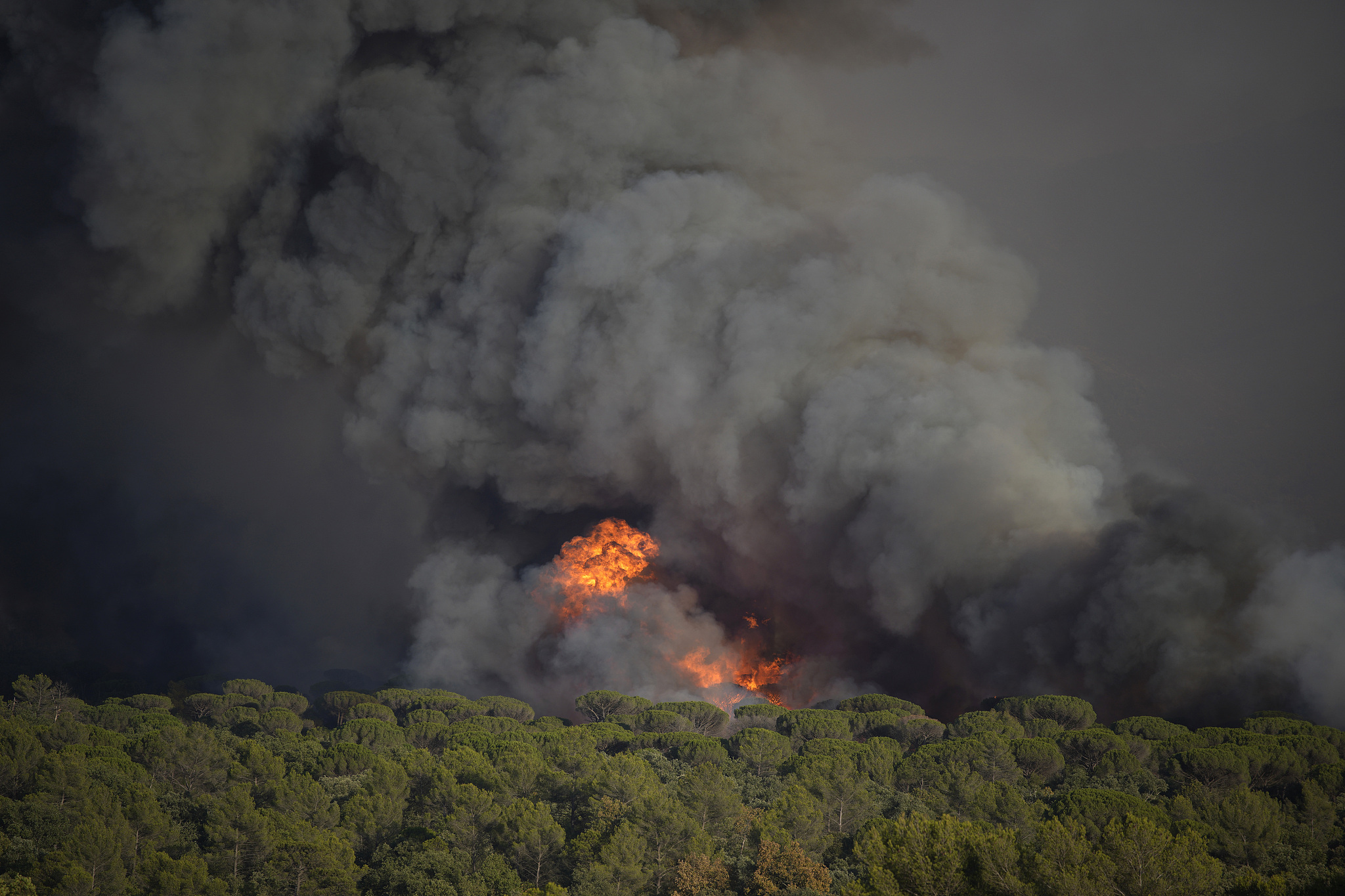 Flames and smoke from a wildfire are pictured in forest near Le Luc, southern France, August 17, 2021. /CFP

Flames and smoke from a wildfire are pictured in forest near Le Luc, southern France, August 17, 2021. /CFP

A large blaze ravaging southern France near the tourist hotspot of Saint Tropez has burned part of the Plaine des Maures nature reserve.

The reserve is one of the last spots where Hermann’s tortoises, Europe’s last land turtle, still live. There are around 10,000 of the tortoises in the reserve, according to Concha Agero, deputy head of France’s Office for Biodiversity.

“We hope that with previous fires, they are able to burrow underground and will only be partially burned,” she told AFP.

Russia’s largest region of Yakutia is ablaze, with fires “threatening many of the large animals that dwell in the region’s protected areas,” according to WWF.

(If you want to contribute and have specific expertise, please contact us at nature@cgtn.com.)