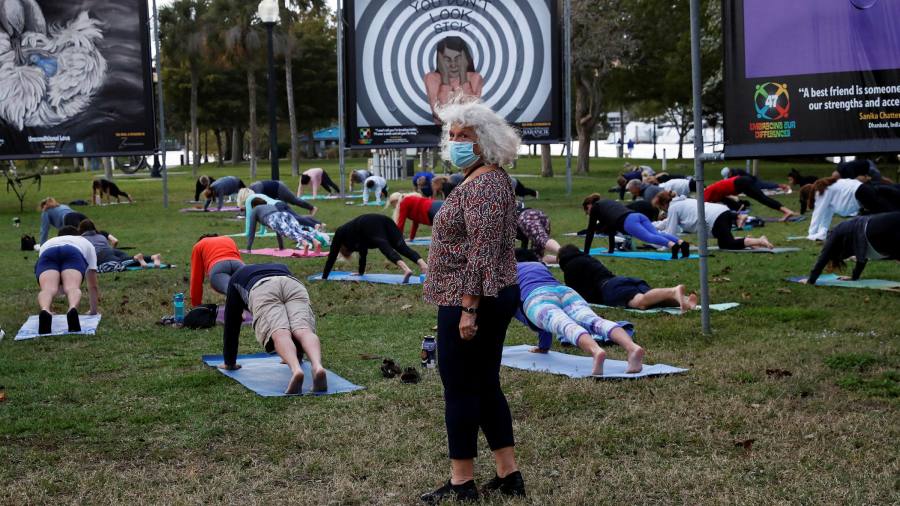 Pfizer says it is discussing a clinical trial for a booster for new Covid-19 variants with the US Food and Drug Administration. In testimony to a congressional committee, John Young, chief business officer of Pfizer, said the company was “laser focused” on the potential impact the emergent variants could have on its vaccine’s ability to protect against Covid-19.

A senior Mexican legislator has floated the idea of making the mega rich pay a one-off Covid-19 contribution as “an act of social justice and solidarity” that could raise nearly $5bn. Only those with fortunes of more than $1m would have to pay, Alfonso Ramírez Cuéllar, a deputy for the ruling Morena party and its one-time chief, said in a statement.

Nicola Sturgeon, Scotland’s first minister, on Tuesday set out a framework for easing coronavirus restrictions that was markedly more cautious than the UK government’s route map for England. The plan makes clear that there is unlikely to be any easing of restrictions on the retail sector before the second week of April.

Rafael Ojeda, Mexico’s navy minister, has contracted Covid-19 for a second time, four months after his first infection. He announced the news on Twitter, saying he would isolate and continue working. Reinfection has proved relatively rare worldwide. Mexico has confirmed 2.04m coronavirus cases and 180,536 related fatalities.

Frasers Group has put investors on notice over a potential impairment charge of more than £100m as lockdown restrictions on high streets drag on. The group behind Sports Direct and Evans Cycles, as well as the eponymous department stores, said it would take a “material” non-cash accounting hit on the value of freehold properties and other assets.

Home Depot sold an additional $22bn worth of goods last year as housebound Americans bought patio furniture, ride-on lawnmowers and living room decorations in their droves. The Atlanta-based company, which has more than 2,200 stores across North America, produced $132.1bn in revenues in 2020, the most in its history.

Budget airline easyJet has reported a surge in bookings since the UK revealed a “roadmap” out of lockdown that included rebooting international travel later this year. Bookings for flights from the UK have more than quadrupled week on week, the carrier said, while its package holiday unit has experienced a more than seven-fold jump in bookings.