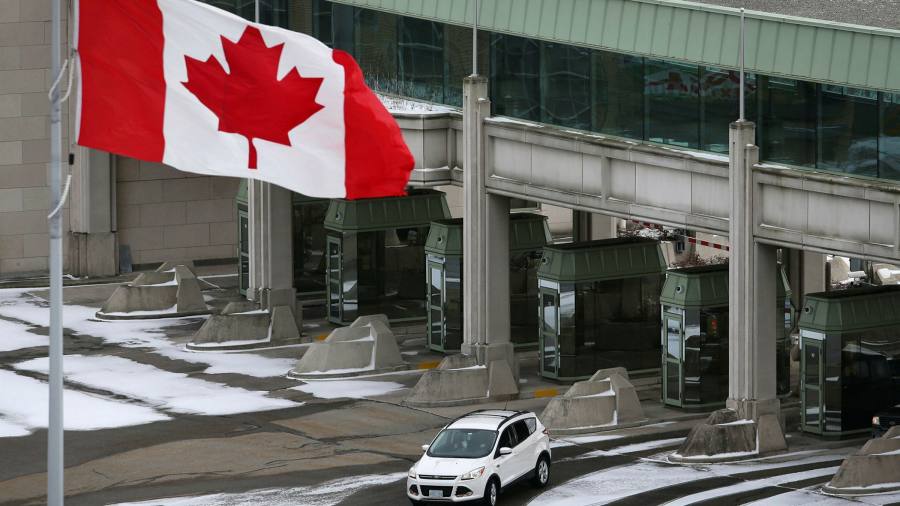 The Canadian government said on Tuesday its border containment measures were effective, as a travel ban with the US was extended.

Justin Trudeau, prime minister, defended Ottawa’s protection efforts, but warned bans could be imposed on incoming flights from specific countries, such as India.

The ban on nonessential travel between the US and Canada has been extended until at least May 21, as Canadian provinces consider internal travel curbs to halt a Covid-19 surge, including new variants of the disease.

“As cases rise and variants of concern continue to emerge across the country, we will continue to do what it takes — for as long as it takes — to keep Canadians safe,” Bill Blair, Canada’s public safety minister, said on Tuesday.

Canada’s top doctor said that more than 66,000 “variant of concern cases” have been reported across Canada. Most are the B.1.1.7 variant first seen in the UK.

“These represent the tip of the iceberg, as there are many thousands more Covid-19 cases that have screened positive for problematic mutations,” Theresa Tam, chief public health officer, said on Tuesday.

Canada has extended restrictions on travellers flying to the country that require them to be tested for Covid-19 and undergo mandatory hotel quarantine.

In February, the Trudeau government said air passengers landing in Canada would be tested for Covid-19 and then have to undergo a three-day hotel quarantine, at their own expense, while they wait for results. That is in addition to showing a negative coronavirus test before boarding.

Health Canada, a federal agency, said about 1 per cent of air travellers are testing positive while in a quarantine hotel.

The agency said 117 flights have arrived at Canadian airports in which at least one passenger tested positive, with 20 arriving from the US. Another 24 came from Europe, while 29 originated from Delhi.

British Columbia is imposing travel restrictions within the province to ensure only essential travel between the province’s five health regions. “We’re in a serious situation,” said John Horgan, the provincial premier.

Separately, Manitoba commercial truck drivers who regularly travel into the US will now be able to get a jab in adjacent North Dakota.

The deal, believed to be the first such cross-border vaccine agreement, could eventually expand to include other essential workers such as health-care providers.

“The US has got a lot of vaccines and Canada’s got less,” Doug Burgum, North Dakota governor, said on Tuesday. “We want to do our part to help those essential workers from Canada who are frequently travelling through our state.”