Copper breaches $9,000 a tonne in bet on economic bounce and supply limits 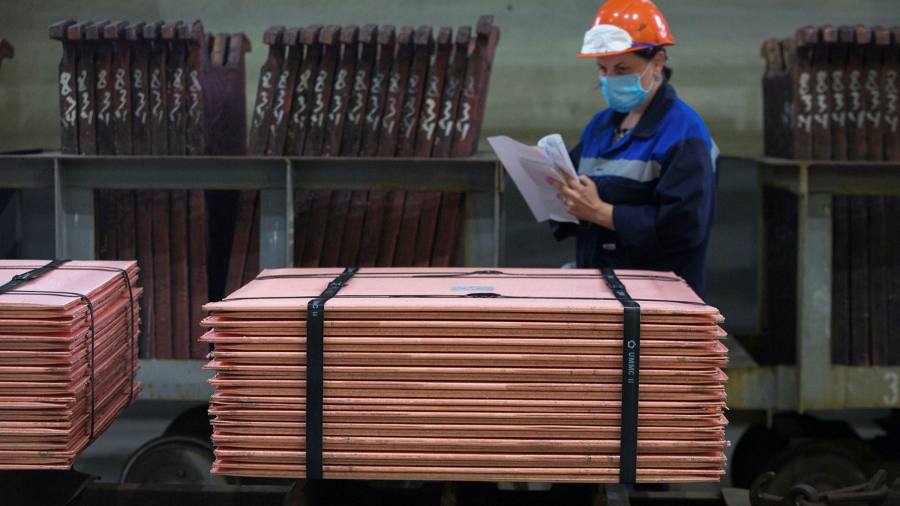 Copper, the world’s most important industrial metal, climbed above $9,000 a tonne for the first time since 2011 on Monday, fuelled by speculative bets on higher prices from China.

The number of outstanding copper futures contracts outstanding on the Shanghai Futures Exchange has jumped sharply since the end of the lunar new year holiday, according to brokerage Marex Spectron.

After rising 8.1 per cent on Thursday and 6 per cent on Friday, open interest in those copper futures expanded a further 6 per cent on Monday to 365,000 contracts, as investors bet on further gains for the metal, used in everything from household goods to wind turbines.

Marex reckons the net speculative long position on the Shanghai exchange — the difference between bets on rising and falling prices — is more than 100,000 lots and close to the highest level since 2017.

“It has been an exchange-led, speculative move but there are good reasons for it,” said Mark Hansen, chief executive of Concord Resources, a London-based commodity trader.

In early trading on Monday, copper rose as much as 4 per cent to $9,269 a tonne before pulling back to $9,060. The metal is already up 15 per cent this year, a performance that has boosted the stock prices of leading producers including Glencore, Freeport-McMoRan and Antofagasta.

Goldman Sachs reckons the copper market is heading for its biggest supply deficit in a decade (327,000 tonnes) as production fails to keep pace with demand in China and the rest of the world, where consumption is rapidly picking up after the outbreak of the coronavirus pandemic.

To reflect the possibility of “scarcity pricing”, the bank has lifted its 12-month target price for copper to $10,500, which would be a record high.

Michael Cuoco, head of metal sales at commodity broker StoneX, said a trigger for the latest wave of Chinese interest in copper had been the first official statements of 2021 from Beijing regarding the economy.

“It sets the tone for boosting the rural localities and completely eliminating poverty,” he said in a note to clients. “From the economic perspective, there are hefty targets, which has led speculators and others to flood into the raw materials.”

Some investors are piling into commodities as a hedge against rising inflation — the yield on 10-year US Treasuries also rose to its highest level in a year on Monday — and an expected surge in demand from green-tinged infrastructure projects.

Renewable energy and electric vehicle infrastructure, in particular, will require huge volumes of copper that the mining industry could struggle to supply due to a dearth of new projects. It can take a decade to develop a big copper deposit.

To limit warming to a 1.5C rise above pre-industrial levels, Glencore reckons the mining industry will have to produce an extra 1m tonnes of copper a year between now and 2050. To put that figure in perspective, output increased by 500,000 tonnes between 2010 and 2019.

“I think the supply response this time is going to be harder than before,” Glencore chief executive Ivan Glasenberg said on a call with investors last week.

While analysts agree the long-term outlook for copper looks positive, they are concerned prices could take a hit if there is a tightening of credit and monetary policy in China. Beijing injected Rmb35tn ($5.4tn) in its economy last year in response to Covid-19.

“China still leads the short-term cycle in commodities,” said Colin Hamilton, analyst at BMO Capital Markets. “They have already started to normalise the credit cycle. If it is reversed, China is going to be less supportive.”