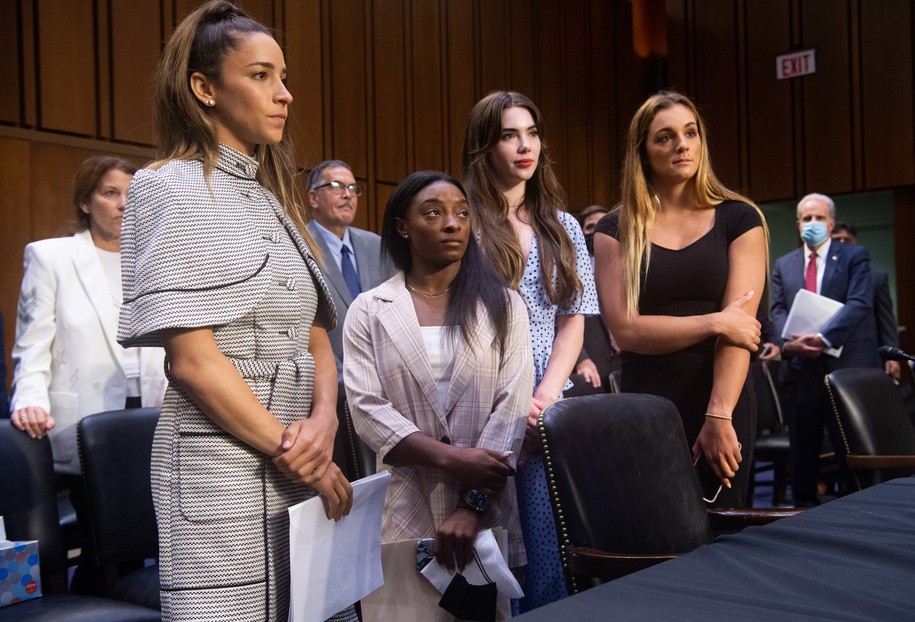 “We believe it is time for Congress to exercise its authority over the organization it created by replacing the entire USOPC board with leadership willing and able to do what should have been done long ago: Responsibly investigate the systemic problem of sexual abuse within Olympic organizations — including the USOPC—and all efforts to conceal it,” the four women, all survivors Nassar’s sexual abuse, wrote in the letter.

They claimed that the U.S. Olympic Committee had known about Nassar’s sexual assault allegations since 2015 but “took no investigative action.” According to the letter in June 2015, Nichols became the first national team member to report abuse allegations against Nassar; however, no investigation was called until February 2018.

“Since being aware of Nassar’s abuse, the USOPC’s top priority has been to hide culpability and avoid accountability,” the four women wrote in the letter. “We believe the Board’s past actions demonstrate an unwillingness to confront the endemic problems with abuse that athletes like us have faced and a continued refusal to pursue true and necessary reform of the broken Olympic system,” the letter said.

It also rightfully noted that until the “ecosystem” that gave shelter to someone like Nassar “still exists,” athletes will remain at risk of sexual abuse.

The letter follows ongoing calls to prosecute two former FBI agents who meddled in cases filed against Nassar. After first refusing to pursue charges, the Justice Department announced Oct. 5 that it would review its decision based on new information.

“They allowed a child molester to go free for more than a year, and this inaction directly allowed Nassar’s abuse to continue,” McKayla Maroney told the Senate Judiciary Committee tear-jerking testimony on Sept. 15. “After telling my entire story of abuse to the FBI in the summer of 2015, not only did the FBI not report my abuse, but when they eventually documented my report 17 months later, they made entirely false claims about what I said,” Maroney continued.

While Nassar was found guilty and sentenced in 2018, reports indicated two FBI officials investigating the abuse allegations against Nassar violated the agency’s policies by making false statements and failing to properly document complaints by the accusers. As a result, Nassar was able to abuse numerous other athletes in his care.

“We’re grateful to these athletes for their continued demand for justice and accountability – a goal we share,” Blumenthal and Moran said in a joint statement in response to the letter. “We look forward to continuing our work together to ensure that USOPC is held responsible for past failures.

“Our bill gave Congress the power to dissolve USOPC and individual sports’ governing bodies in response to clear evidence that these institutions were not always capable of holding themselves accountable. This oversight mechanism requires that Congress develop procedures to appoint a new board before dissolving the old one, and must be approved by the House and Senate before being signed by the President.”

In a statement to Reuters, the USOPC defended its handling of the case and said it was “fully committed to addressing sexual abuse at every level of sport.”

“The letter addressed to Congress underscores their concern, and we recognize the bravery of the athlete survivors who continue to bring these issues forward,” the USOPC said. “The letter references issues that USOPC has been addressing for more than two years—and the work we continue to do every day.”