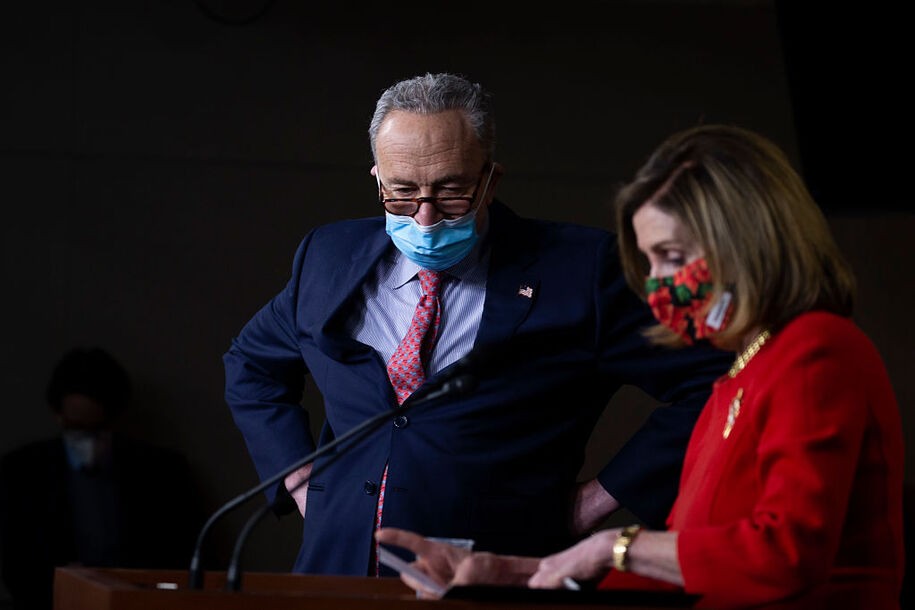 That’s Republicans dealt with. Apparently recalcitrant Democratic Sen. Joe Manchin has been brought along. He voted to move forward Tuesday, he said, “because we must address the urgency of the Covid-19 crisis.” On Wednesday morning, he appeared on MSNBC’s “Morning Joe” and said: “If it’s $1.9 trillion so be it.” Biden is meeting with Schumer and the Democratic chairs of the Senate committees that will be handling the various parts of the bill Wednesday.

After yesterday’s vote, the Senate started 50 hours of debate that will end in the first of two “vote-a-rama” opportunities in the process, when senators offer amendments first to the budget resolution and then to the reconciliation package. The amendments are only limited in that they have to be germane to the overall bill, and the amount of time allowed for debate. There can be dozens, maybe 100 or more amendments, so that’s going to be a painful process. McConnell is already at his toxic worst, outlining the poison pills he’s going to make Democrats vote on.

The House is going to vote on a budget blueprint late Wednesday afternoon that is essentially identical to the Senate bill. Once those budget resolutions are passed—the Senate’s will come back to the House for a vote potentially as soon as this weekend—the actual work of the coronavirus relief bill, the reconciliation package, will be done as every committee takes the “instructions” they get from the budget resolution and write their parts. Those parts will then be combined in the reconciliation package, which can pass in the Senate with a simple majority vote.

Between now and then, Biden and Democrats are going to be talking details. The major issues that are still in discussion seem to be whether or not to include a $15/hour minimum wage increase and the $1,400 survival checks. Biden told House Democrats Wednesday that he will not break his “promise” of $1,400 checks, but says he would consider limiting who gets them. According to Sen. Chris Coons, he also talked with Senate Democrats “about the direct payments and how those might be modified in a way to ensure they’re targeted.” That’s bad news and hopefully Georgia Sens. Jon Ossoff and Raphael Warnock have a conversation with Biden and their colleagues about how they were not elected to the Senate because they promised survival checks to some people.

At this point, every Democrat is on board, and Republicans have been patted on the head by Biden and sent on their way. The last thing Democrats need to do is to start negotiating with themselves on who is or is not deserving of assistance in the 11th month of a global pandemic.