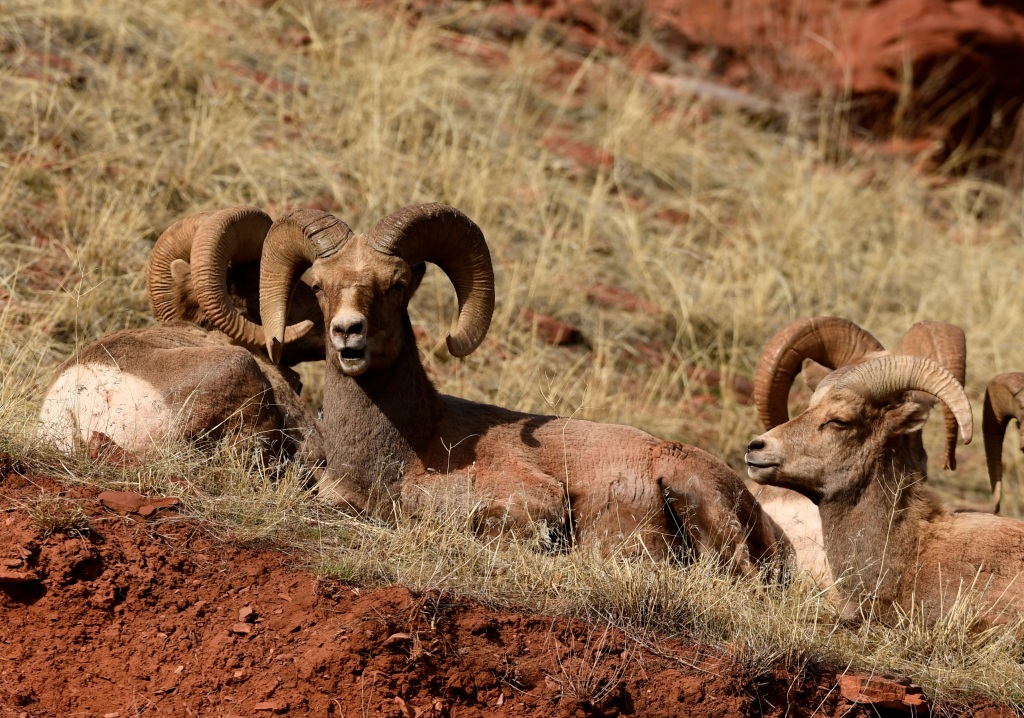 Dan Prenzlow, the head of Colorado Parks and Wildlife, stood on stage last week at the state agency’s annual conference in Vail and asked the 600 attendees to turn their attention to the event’s organizer, who was standing in the rear of the room.

“There she is!” Prenzlow said, according to that organizer, “in the back of the bus, Aloe!”

Heads turned in shock, Lee — who planned the agency’s Partners in the Outdoors conference — wrote in an open letter to Gov. Jared Polis, the Colorado General Assembly and Colorado Parks and Wildlife’s board of directors. She ran into the arms of another Black woman, crying.

Now, Prenzlow is on paid administrative leave pending an internal investigation — and state officials “are actively considering next steps,” said Chris Arend, a spokesman for the Colorado Department of Natural Resources, which oversees the parks and wildlife division.

Heather Dugan, a 30-year wildlife veteran, will be elevated to acting director, the department said in a Monday evening news release.

The phrase “back of the bus” harkens back to Jim Crow-era laws mandating Black people sit in the back of public buses, with the front seats reserved for white riders. Rosa Parks, in 1955, famously went to jail in Montgomery, Alabama, after refusing to give up her seat to a white man. Civil disobedience helped spark the bus boycotts that eventually led to changes in those laws.

“I have never known the phrase ‘back of the bus’ to not cause harm to Black people,” Lee wrote.

Lee could not be reached for comment Monday, but she detailed the incident in the out-of-office reply from her state email account.

She is calling for Polis to fire Prenzlow and require the Colorado Parks and Wildlife director to engage in “deep restorative justice work and (be) made to understand their racism has consequences.” Lee also asked for the agency to review its whistleblower policies and to hire an external consultant to review employment hiring practices and pay disparities.

“It is not my intention to harm the image or the mission of CPW because I support that mission proudly,” Lee wrote. “However, it is absolutely unacceptable to allow this blatant racism, rooted in years of violence, to be swept under the rug again.”

Prenzlow did not respond to questions about the incident. He has worked for Colorado Parks and Wildlife since 1986 and became the agency’s director in 2019.

In an email to conference attendees late on April 19, the night that Lee said Prenzlow made his racist comment, the director offered his “sincere apologies” for the “insensitive comment.”

“I appreciate those who pointed out my statement and how my comment evokes painful realities that many have and continue to face,” Prenzlow wrote in the email, which was reviewed by The Denver Post. “When we talk about intent versus impact, I learned how quickly a statement can have a harmful and hurtful impact. I am sincerely sorry.”

In her letter, Lee said Prenzlow the following morning offered a “vague, unfelt apology, while quoting Maya Angelou and saying he is still learning.”

“In the entire room, the air was lifted,” Lucero told Denver7. “There were voices of anger, frustration, confusion, there was tears throughout the room. People immediately got up and left their table and confronted this gentleman. We were trying to console and support Aloe as well.”

Dan Gibbs, executive director of the Department of Natural Resources, said in a statement that he received several complaints about “inappropriate comments and interactions” at the conference. The department, in response, has launched a “fact-finding investigation to better understand what occurred and to help inform any future personnel or department actions,” he said.

“We will follow our processes and procedures in regards to complaints received associated with the conference,” Gibbs said in the statement.

Mom of trans teen is worried about church – The Denver Post