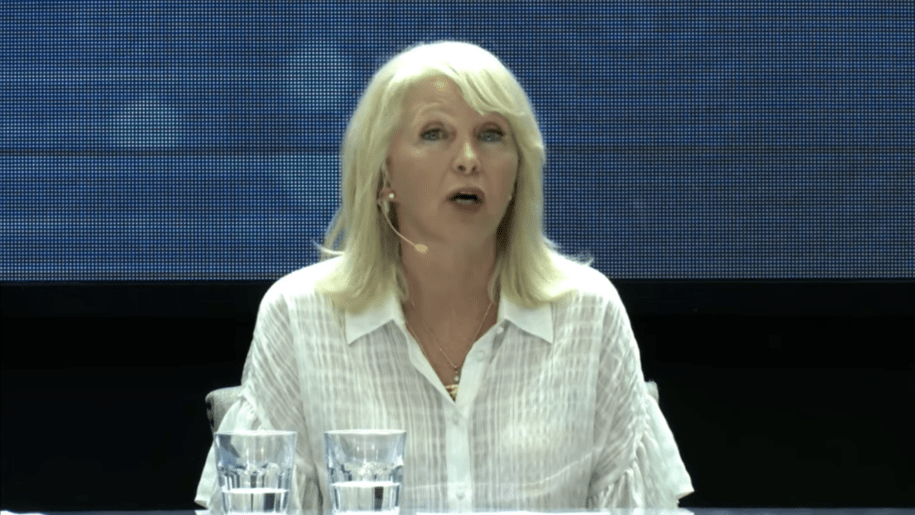 On Monday, reports surfaced that Tina Peters’ office was the subject of two investigations surrounding some dubious activities and a “serious breach” of security. Colorado Secretary of State Griswold released a statement saying that while her office was working to find out whether or not election equipment under Tina Peters’ jurisdiction had become compromised, the 21st Judicial District Attorney Dan Rubinstein—a Republican—was investigating whether or not a crime had been committed during the breach.

The breach of security resulted from a story pushed online by The Gateway Pundit and other right-wing outlets, purporting to prove that Dominion Voting Systems had online access to Mesa County’s voting machines. While the video and screengrabs provided did not prove this, it did show that the Mesa County Clerk’s office seemed to have been compromised, as an important password was leaked in those images. On Thursday, Griswold released a statement explaining the evidence or the “operative facts” that her office was working with—specifically, where and how the breach could have occurred. According to Griswold, the likely culprit was present during a “trusted build installation” of the system that happened at the end of May:

Earlier in the week, while under investigation, Tina Peters chose not to respond to the allegations or to try and provide the information ordered by the secretary of state’s office that might assuage people’s fears of tomfoolery, but instead got on a private jet and flew to MyPillow CEO Mike Lindell’s Cyber Symposium for wackadooery. At the event Peters, implied that deep state forces were coming after her for telling the truth. In fact, Peters explained that she was “being persecuted.” According to the Trump-loving Peters, Colorado state officials were “raiding” her office while she was aboard a plane. What that truth is remains to be seen, as the Mike Lindell Cyber Symposium of scammer bamboozlement has not yet offered up a single shred of the world-shaking evidence since he began teasing it over half a year ago.

The Colorado Times Recorder reports that Peters is suspected to have been one of the many Republican operatives flown in on Mike Lindell’s private jet for his make-em-up conspiracy theory conference on Aug. 10. Kyle Clark of 9News live tweeted Peters’ appearance on stage at the Cyber Symposium Paranoid Merry-Go-Round, pointing out that Peters implied Colorado officials planted evidence against her. She also decried people asking her whether or not she has been vaccinated against COVID-19. It’s all connected, daddy-o! Keep up!

Tina Peters’ big non-admittance of guilt (while sort of acting super guilty) was this statement about leaked passwords and security breaches connected to the trusted build: “These just happen to be passwords that only the secretary of state has. As a matter of fact, when they were in doing this trusted build in my office, they told me that I’m not allowed to have those passwords.”

As for the secondary investigation by Republican DA Dan Rubinstein, he told The Denver Channel that “The Secretary of State is looking at the procedures, the protocols, the security that leads them to be able to certify that the elections equipment, voting equipment is safe and secure. My investigation really has nothing to do with that. It does involve whatever act may have been compromised, and to determine whether or not there is any criminal law violations and who is responsible.”

Colorado Secretary of State Jane Griswold has reiterated that Mesa County’s potential security breach did not affect an election. However, a compromised set of computers means that the state will have to spend a considerable amount of money making sure they are all secured and certified once again.

Watch the news report and Griswold’s press conference below: