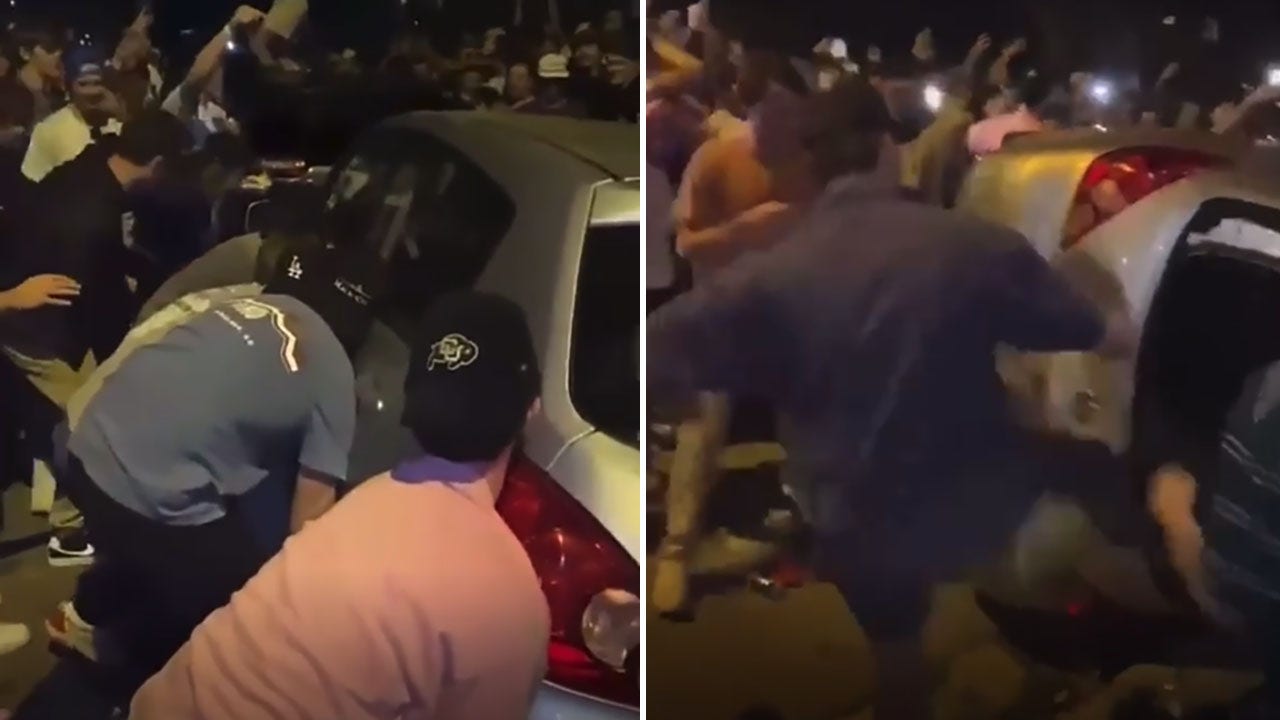 Police in Boulder, Colo., have made five arrests in connection to the riot that broke out at an unruly street party near Colorado University earlier this month, authorities said Monday.

The party-turned-riot happened March 6 on University Hill and resulted in three SWAT officers being assaulted by bricks and rocks, along with significant damage to property, police have said.

All five were charged with one count each of misdemeanor engaging in a riot and violating the public health order.

Dodge was additionally charged with obstructing government operations. The Hoovers also faced charges of disobedience of public safety orders under riot conditions, obstructing a highway and one count of petty offense disorderly conduct.

In addition to criminal charges from the city and county, the University of Colorado Boulder has said any students found to be involved in the riot may face disciplinary action, including permanent expulsion. It was unclear whether any of those arrested attended the school.

The property damaged during the riot included a fire truck and an armored police vehicle. Vehicles belonging to residents were also jumped on and damaged, according to police, including one that the mob flipped over.

In their search for those involved in the violence and destruction, police have released several videos with the hope that the public can help identify the people who took part.

Police released two new videos Monday showing a different angle of multiple people hanging onto the back of a moving fire truck and shooting off a firework and a new angle of the mob flipping a car onto its side.

Anyone with information about the individual seen in the videos was asked to contact the Northern Colorado Crime Stoppers at 1-800-222-TIPS (8477).