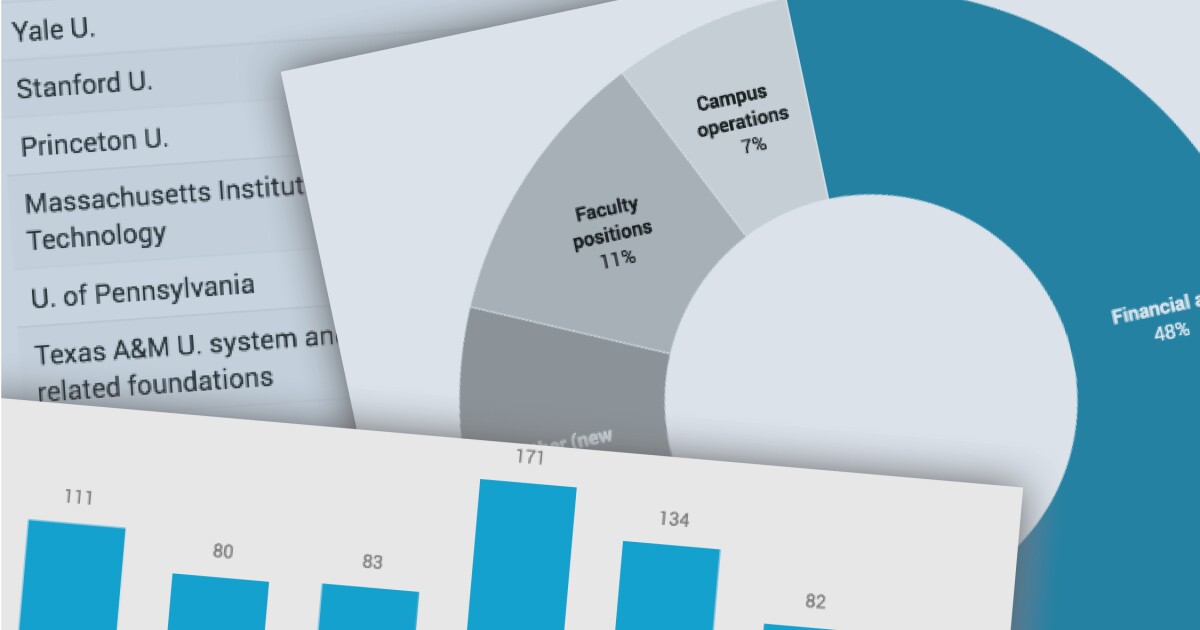 Colleges spent more from their endowments in the 2020 fiscal year as they grappled with revenue losses and increased expenses linked to the pandemic.

According to the annual Nacubo-TIAA Study of Endowments, released on Friday, institutional spending from endowments increased in the last fiscal year, by 4 percent to $23.3 billion in total — despite lower average returns.

“Even in this challenging year, higher-education institutions reinforced their commitment to students and used their endowments exactly as designed: to provide ongoing, predictable — and even increased — support for their missions,” said Susan Whealler Johnston, president and chief executive officer of the National Association of College and University Business Officers, in a conference call for reporters.

The study, which reflects responses from 705 institutions with endowment assets of $637.7 billion, found that endowments had an average one-year return of 1.8 percent for the 2020 fiscal year. That was down from 5.3 percent the year before.

The 2020 fiscal year, which ended on June 30 for most institutions, overlapped with only the first few months of the pandemic, which means the survey doesn’t capture how endowments might have fared during the rebound in the markets that occurred later in 2020.

The pandemic also pushed almost half of the survey’s participants to increase spending from their endowments to support their operating budgets last fiscal year. In the backdrop: a decline in cash flow (reported by more than 40 percent of respondents) — most likely from less tuition and auxiliary-services revenue — and a drop in giving. New gifts to endowments fell 16 percent from the 2019 fiscal year, the study found.

Here are more highlights from the survey:

of institutions increased spending from their endowments in the 2020 fiscal year, with an average increase of about $3 million.