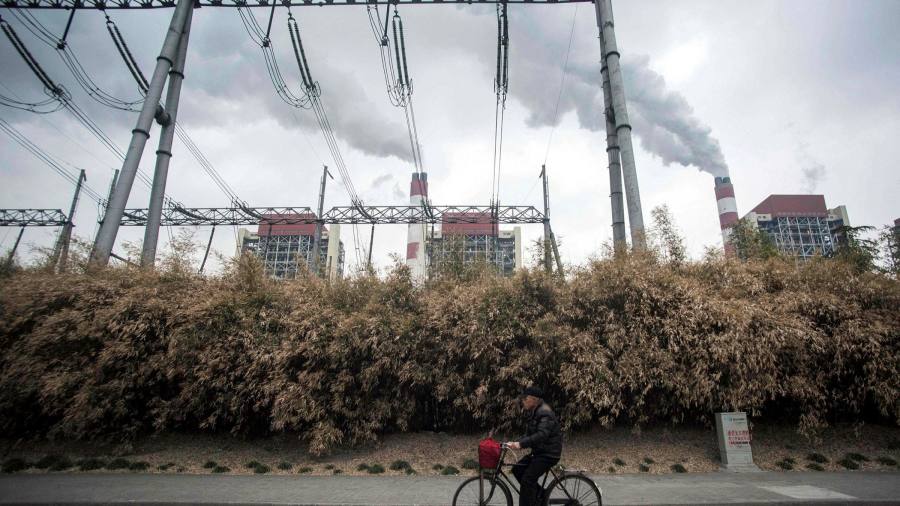 The world is on track to record the second-largest increase in energy-related carbon emissions in 2021, driven by a resurgence in the use of coal in Asia, according to the International Energy Agency’s latest forecast.

Global energy-related CO2 emissions could jump by 1.5bn tonnes to 33bn tonnes this year, the largest annual rise since 2010, the IEA said on Tuesday. That would reverse 80 per cent of the decline seen in 2020, when the pandemic depressed demand, with emissions rebounding to just below 2019’s peak.

A rebound of coal being used to generate electricity in China was expected to fuel much of this year’s increase, said the IEA.

“This is a dire warning that the economic recovery from the Covid crisis is currently anything but sustainable for our climate,” said Fatih Birol, the IEA’s executive director. He called on global leaders to commit to “clear and immediate action” at this week’s US-hosted climate summit.

The IEA warned in March that global energy-related carbon emissions were higher in December than they had been in the same month in 2019, as polluting activity rebounded from coronavirus lockdowns — a finding that Birol said must serve as a “stark warning” to policymakers.

Global carbon emissions were nearly 6 per cent lower in 2020 than the previous year, but that trend began to reverse rapidly as economies started reopening.

On Tuesday, the IEA forecast that the use of all fossil fuels would grow “significantly” in 2021, with both coal and gas likely to be in greater demand in 2021 than they were in 2019. Overall, energy demand is expected to rise by 4.6 per cent in 2021 — compared to a fall of 4 per cent in 2020 — driven by emerging markets.

Demand for coal is expected to grow 4.5 per cent this year and come close to its 2014 peak, due in large part to the fuel’s use in Asia, and in China in particular, according to the IEA findings. The forecasts were based on national data and real-time analysis of economic growth trends and energy projects in development.

Coal use in the US and the EU were also on track to increase, though were likely to remain below coronavirus crisis levels, the IEA said.

United Nations secretary-general António Guterres said on Monday that an “absolute priority” should be to ensure that no new coal power plants were built, and that coal was phased out entirely across all countries by 2040. In the absence of urgent action, the world would not meet the Paris Agreement goal of limiting warming to 1.5C above pre-industrial levels, he said.

Speaking alongside Guterres, the secretary-general of the World Meteorological Organization, Petteri Taalas, said there was already a “20 per cent probability” that the world would warm by 1.5C in the “coming five years on a temporary basis.”

The expected rise in fossil fuel use in 2021 would occur even with record annual increases in the amounts of energy generated by both solar and wind, the IEA said on Tuesday. Renewable sources of energy are expected to generate about a third of total global electricity this year.

Oil would probably remain below its 2019 peak given that the aviation sector was yet to rebound to pre-pandemic levels, the IEA said.