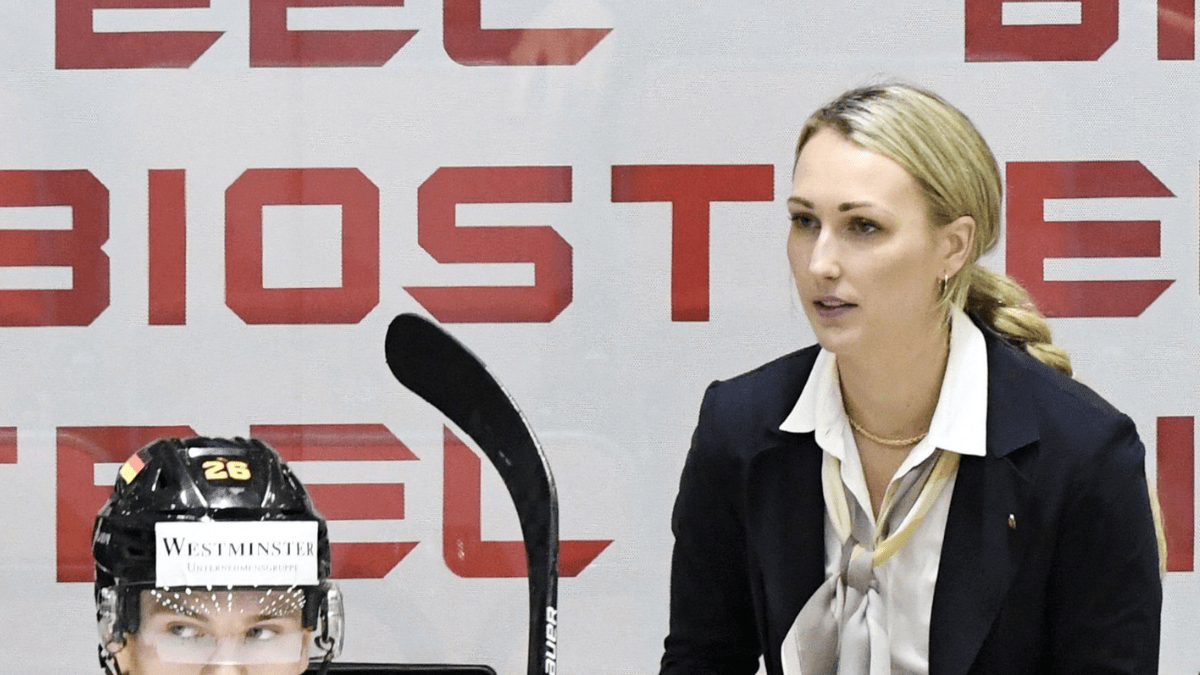 The Coachella Valley Firebirds have announced Tuesday that Jessica Campbell will be the hockey team’s first assistant coach, making her the first women behind the bench as a full-time coach in AHL history. No women has ever filled that position in the NHL.

The Coachella Valley Firebirds are the NHL affiliate of the Seattle Kraken and will begin their inaugural season in the fall as the 32nd AHL team in the league.

The Firebirds hired Dan Bylsma as head coach last month. Campbell is a coach for the 2022 Rangers Development Camp taking place this summer.

“We’re very excited to welcome Jessica to the Kraken organization as an assistant coach with the Coachella Valley Firebirds,” Seattle Kraken general manager Ron Francis said in a statement, “She played the game at a high level and that experience is evident in the way she coaches. Her knowledge of the game and ability to communicate and teach will be important assets in the development of our prospects in the American Hockey League.”

Campbell, from Rocanville, Saskatchewan in Canada, played in two Under-18 World Junior Championships and was captain of her team in 2010. She scored the gold medal-winning goal and was selected as tournament MVP.

“I am thrilled to join the Kraken organization and work with Dan and his staff for the inaugural season of Coachella Valley Firebirds hockey,” Campbell said in a statement.

“I would like to thank the players and coaches I have worked with along the way that have helped me reach this level. I am excited to bring in a new coaching perspective and to be able to teach our players the necessary tools and skills to impact players every night while raising the bar for what we can achieve as a team this season. Having the opportunity to help build a culture and team from the beginning is something that doesn’t come around often and I’m really looking forward to getting
started at Development Camp,” said Cambell.

The 30-year-old Campbell played three seasons, from 2014 to 2017, for the Calgary Inferno in the Canadian Women’s Hockey League and won the Clarkson Cup in 2016. She played in college for Cornell University from 2010-2014 and was team captain in her senior season.

“Jessica’s skill and talent for developing players who understand all aspects of the game and what it takes to be successful on and off the ice is her strength,” Bylsma said in a statement. “She has a passion for developing all aspects of the game and creating players with impact. We are focused on building a culture of impact, skill, and tenacity for both the Coachella Valley Firebirds and the Seattle Kraken and know Jessica’s talent and vision will help us establish that culture in our inaugural year.”

Campbell’s coaching career includes stints as an assistant coach for Germany at the 2022 IIHF Men’s World Championship, becoming the first woman to join the coaching staff of a national team participating in the World Championship, with Tri-City Storm, USHL development program actively heading the Windy City Storm Girl’s Hockey program in Chicago, and as an assistant coach and skills coach for the Nurnberg Ice Tigers in the Deutsche Eishockey Liga.

The Firebirds will start the season in Seattle and are set to play their first AHL game at Acrisure Arena in the Coachella Valley in December 2022.