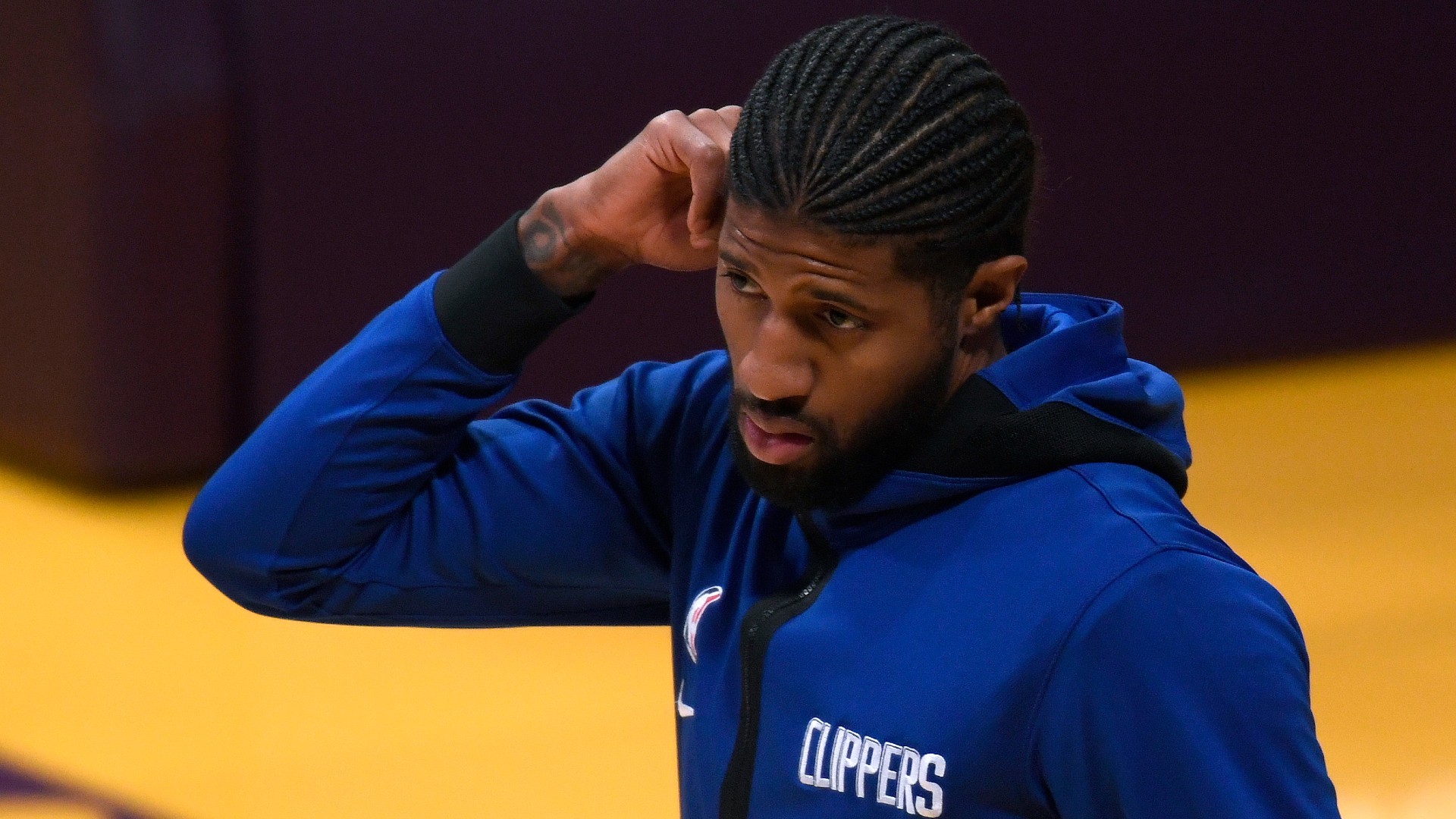 The Clippers star saw his name tossed back into the NBA news cycle after excerpts from Lakers forward Jared Dudley’s new book, “Inside the NBA Bubble: A Championship Season under Quarantine,” hit social media. Dudley and co-author Carvell Wallace detailed the Lakers’ 2020 title run and the challenges the team faced, including playing amid the COVID-19 pandemic and confronting issues of racial injustice while isolated inside the Florida “bubble.”

But the section that sparked the biggest reaction involved the Lakers’ beef with George and the Clippers (via SB Nation’s Harrison Faigen):

“We hear some of [the Clippers’ players] talking about how they’re the team to beat in LA. It’s fine if Kawhi [Leonard] says stuff like that. He’s defending a championship. We don’t trip if someone like Patrick Beverley is talking trash; that’s how he feeds his family. We get it. We respect the hustle. … But we think it’s disrespectful for Paul George, who hasn’t won, to put himself on the level of [LeBron James] and [Anthony Davis]. This motivates us. When we see those guys around the compound, we don’t really kick it with them.”

When asked about Dudley’s book after the Clippers’ 121-99 win over the Cavaliers on Wednesday night, George decided to take the high road.

Paul George when asked about Jared Dudley’s comments about him. #Clippers pic.twitter.com/wkCrLvnxGq

Dudley appeared to be pointing back to a comment made by George during the Clippers’ 2019 media day. Before the start of the 2019-20 season, George expressed confidence that the Clippers had the top dynamic duo in the NBA.

James and Davis went on to prove that the Lakers possessed the league’s best one-two punch, of course, dominating throughout the 2020 playoffs on the way to the Larry O’Brien trophy. The Clippers fell well short of expectations, blowing a 3-1 lead against the Nuggets in the Western Conference semifinals.

That’s all in the past now for George, though. He’s in the midst of an All-NBA campaign, averaging 24.4 points, 6.2 rebounds and 5.5 assists per game while shooting a scorching 50.8 percent from the field and 47.8 percent from 3-point range. It’s probably wise for him to stay focused on the games ahead rather than what transpired at the Walt Disney World Resort.