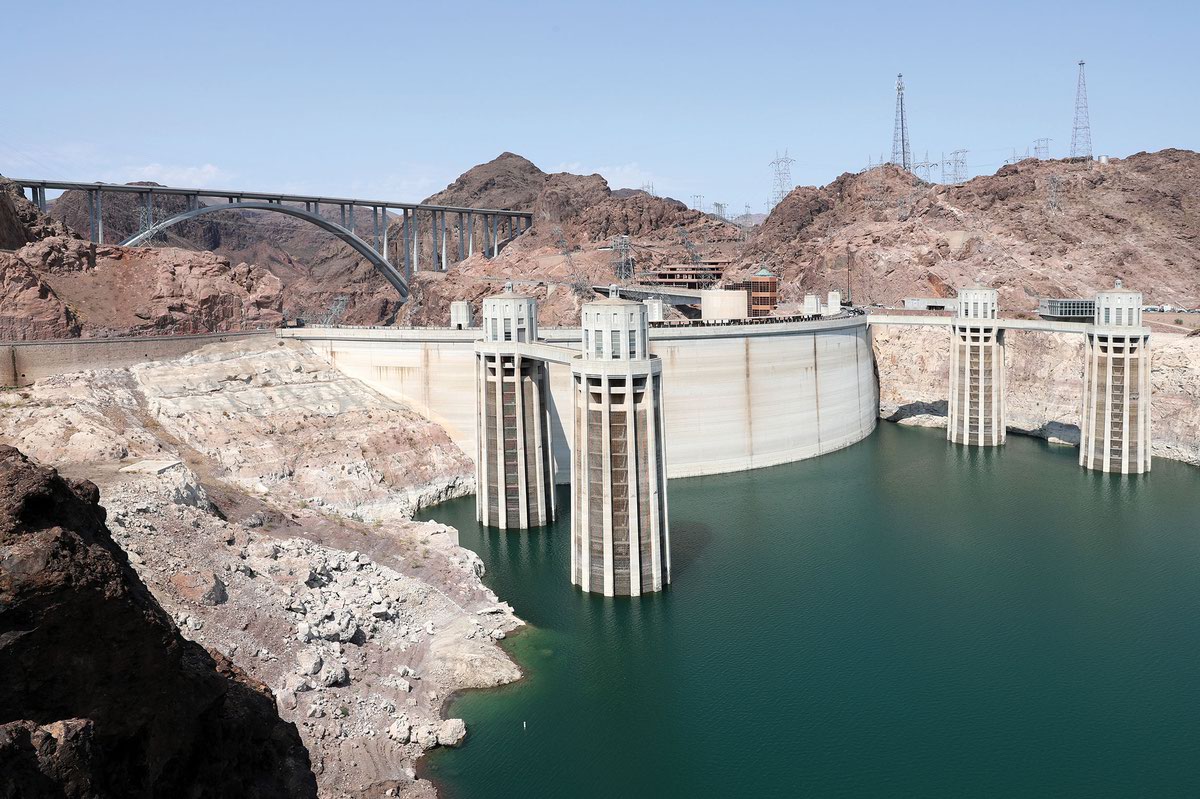 Communities that rely on the Colorado River for water and power have experienced two firsts in 2022.

On May 3, the Bureau of Reclamation announced that the Lake Powell reservoir in Utah will hold back water releases for 12 months, so that Glen Canyon Dam can continue operating and generating hydropower for millions in the southwest. The “unprecedented” action, paired with the release of additional water from an upstream reservoir, came after the reservoir’s water level dropped to 3,522—nearing the critical level of 3,490 feet, below which the dam would be inoperable and the supply of drinking water for Page, Arizona, and the LeChee Chapter of the Navajo Nation would be compromised.

According to the bureau, water managers will need to devise a long-term plan for hydropower and water deliveries to Page and LeChee.

Also for the first time, downstream from Lake Powell, a Lake Mead intake pipe installed by the federal government more than 50 years ago became visible above water in April. At an elevation of 1,050 feet, the pipe is expected to become more exposed this month. If not for a new intake and deep pumping station, which the Southern Nevada Water Authority (SNWA) installed at the bottom of Lake Mead in 2020, Las Vegas would be in an extremely precarious situation. 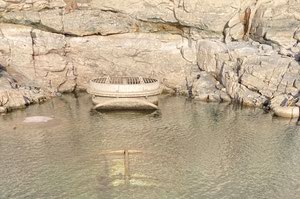 “Losing that [first] intake would have meant that Southern Nevada lost [about] half of its capacity to bring water into the Valley, in April of this year,” says Bronson Mack, spokesman for the water authority. “[But] we were able to shut off pumping station No. 1 and transition over to the low lake level pumping station in a seamless manner,” Mack explains, adding that the $1.5 billion low-level intake was funded by infrastructure charges on customers’ water bills.

Lake Mead provides 90% of the water supply in Southern Nevada, which has a population of about 2.3 million. The Lake’s water level has declined to 1,051 feet, the lowest level on record. And the infamous “bathtub ring” that has formed around the lake, showing swaths of land that once were islands, is expected to grow by a few feet over the next two years, according to Bureau of Reclamation projections.

Even if Lake Mead were to drop to an elevation of 895 feet—also known as “dead pool,” the point where Hoover Dam would become inoperable and unable to deliver water downstream to California, Arizona or Mexico—the water agency would still be able to draw from the reservoir thanks to the low lake level pumping station, Mack says. Compared to Page and LeChee, which have a combined population of about 8,700, Clark County is more equipped to deal with the crisis unfolding in the Colorado River Basin—for now.

The communities that depend on the river are not in the clear, officials say. The recent events have raised concerns about how governments can continue to power and supply water for the 40 million people across seven states and Mexico who rely on the river, not to mention commercial and industrial entities and a multibillion-dollar agricultural industry.

So, how did we get here? And what can be done?

Michael Cohen, a senior researcher with the nonprofit Pacific Institute, says water managers would be wise to focus on the “root cause” of Colorado River conditions and longstanding drought. “We’re in our 22nd or 23rd-third year of drought. There were a couple of good years in there, which staved off complete catastrophe. But it’s been getting worse and worse,” Cohen says. ”It’s more of a result of the temperatures than specifically the amount of precipitation. … This has been building ever since we started pumping more and more carbon into the atmosphere.”

Climate change is at the center of Colorado River management challenges, Cohen says. And effective solutions will focus on reducing the amount of greenhouse gases released in the atmosphere, to prevent temperatures from getting any hotter. But that reality can be a sticking point in fossil fuel-based economies, he says.

“There’s a real disconnect that continues within the basin and the water users, between how much they’re able to conserve and what policies they’re able to push, and what’s actually causing these problems in the system,” Cohen says. “We’re continuing to be two to three or five years behind the curve in getting these agreements in place.”

Nevada has made recent moves toward tackling climate change, focusing largely on increasing renewable energy standards and electric vehicle infrastructure. In October 2021, Nevada lawmakers passed the Clean Cars Nevada regulation, which adopts California’s emissions standards and aims to increase the number of electric vehicles in the state by 2024. Starting in January, “early action credits” became available to eligible manufacturers for delivering electric vehicles to be sold in state.

As for renewable energy, renewable resources currently generate about 20% of the state’s energy. According to an annual report released in January by the Governor’s Office of Energy, public utilities filings suggest the state’s ability to reach 50% renewable energy by 2030. Nevada is on track to meet the requirements of a 2019 state law aiming to reduce the state’s greenhouse gas emissions to net zero by 2050.

In the event that conservation and carbon emission reductions aren’t enough, the SNWA is working on securing additional water supplies. According to Mack, the authority is in talks with metropolitan water managers in California regarding a potential partnership to increase the amount of water available for Southern Nevada customers. And the agency has acquired water rights on the Virgin and Muddy Rivers—Lake Mead tributaries—to help diversify water supplies, he says.

Among all the unknown factors—precipitation levels in coming years, the effectiveness of other Colorado River users’ conservation measures and the ability to procure additional water supplies—Southern Nevada’s conservation measures remain potent, Mack says. Despite Clark County’s population having grown by more than 66% since 2000, the water authority has managed to reduce the region’s total consumption of Lake Mead water.

“One of the remarkable things about Southern Nevada is that, since 2002, when the drought began, our community has reduced its consumption of Colorado River water from Lake Mead water by 26%. … So we supply more people with less water today than we did two decades ago,” he says.

Those and future conservation measures might prove critical, with the region’s population expected to grow to more than 3 million by 2035, according to projections in the water authority’s latest Water Resource Plan.