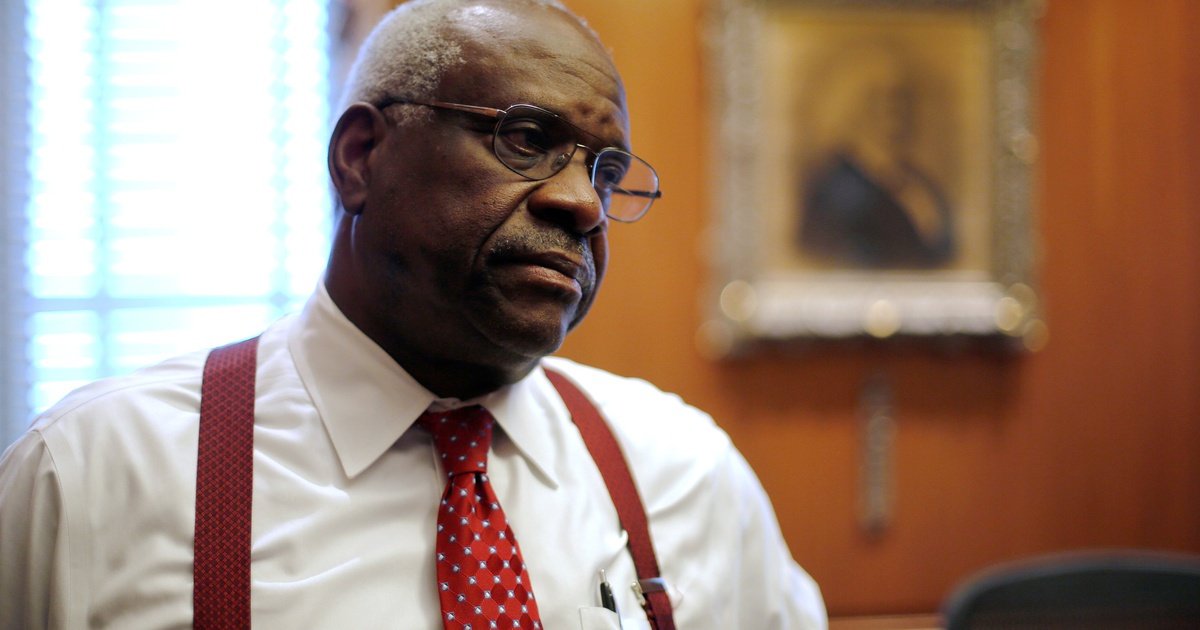 Tucked inside the U.S. Supreme Court’s ruling Friday that overturned the long-held constitutional protection for abortion was a concurring opinion from conservative Justice Clarence Thomas. In it, he pushed the court to revisit cases that have already been decided related to contraception and same-sex marriage.

Fueling already heightened anxieties from women and LGBTQ groups that the end of Roe could be the tip of the iceberg, Thomas wrote that “in future cases, we should reconsider all of this Court’s substantive due process precedents.”

“Because any substantive due process decision is ‘demonstrably erroneous,’ we have a duty to ‘correct the error’ established in those precedents,” Thomas wrote.

Experts told The Texas Tribune that Thomas’ opinion signals an openness from the court to reconsidering other settled legal precedents related to rights the court has ruled are protected by the constitution.

“The Supreme Court’s decision has brought us into a new era where they are taking away rights instead of giving them,” said Rocio Fierro-Pérez, political coordinator for the Texas Freedom Network, which advocates for individual liberties. “Abortion access is one of several fundamental rights that’s under attack including our right to vote, racial justice, LGBTQ rights, and they’re all intertwined with our right to liberty in which Roe v. Wade was grounded.”

“He’s saying ‘This opinion doesn’t do it because people haven’t asked us to, but I think people should ask us and we should reconsider this entire area of law,’” Berman said.

Justice Samuel Alito, who wrote Friday’s majority opinion that struck down the landmark abortion case Roe v. Wade, tried to assuage fears that the court’s ruling could be used to do away with rights the court has previously said are protected by the constitution.

“We have stated unequivocally that ‘Nothing in this opinion should be understood to cast doubt on precedents that do not concern abortion,’” Alito wrote.

But Justices Stephen Breyer, Elena Kagan and Sonia Sotomayor expressed concern in their dissenting opinion, saying “no one should be confident that this majority is done with its work.” The right to an abortion recognized in Roe v. Wade in 1973 and Casey v. Planned Parenthood in 1992, did not stand alone, but were linked to decades of other “settled freedoms involving bodily integrity, familial relationships, and procreation.”

The right to an abortion, they said, arose from the right to access contraception, which was established in Griswold v. Connecticut in 1965. The decisions in the abortion cases opened the door for the court to protect the right to same sex sexual intimacy and same sex marriage in Lawrence v. Texas in 2003 and Obergefell v. Hodges in 2015.

“They are all part of the same constitutional fabric, protecting autonomous decision making over the most personal of life decisions,” Breyer, Sotomayor and Kagan wrote in their dissent.

“The majority (or to be more accurate, most of it) is eager to tell us today that nothing it does ‘cast[s] doubt on precedents that do not concern abortion,’” they added. “But how could that be? The lone rationale for what the majority does today is that the right to elect an abortion is not ‘deeply rooted in history’: Not until Roe, the majority argues, did people think abortion fell within the Constitution’s guarantee of liberty. The same could be said, though, of most of the rights the majority claims it is not tampering with.”

Berman said advocates are right to be concerned about the ruling’s impact.

“Despite the majority’s insistence that abortion is different, the legal argument that they make with respect to why Roe is wrong would apply equally to many other cases involving unenumerated rights such as gay marriage,” Berman said.

“There’s definite cause for concern that this idea will be extended to apply to other areas and I think gay marriage and contraception are the two most likely victims because those are the ones that don’t have a long history of having been acknowledged as a fundamental right,” she added.

With abortion soon outlawed in more than half the states, access to birth control could also be threatened, said Elizabeth Ruzzo, the founder of Adyn, a company that’s designed a test to prevent birth control side effects.

In May, Louisiana lawmakers considered a bill that would have classified abortion as homicide, which experts said could have criminalized the use of IUDs and emergency contraception. The bill ultimately failed, but Ruzzo fears that now, other states will try to bar contraception through strict abortion laws, even though contraceptives are also used to treat disorders in reproductive organs and manage premenstrual syndrome in teen girls.

“Unfortunately, birth control is at the forefront right now,” Ruzzo said. “[The ruling] really just has a painful amount of rippling implications for progress that we’ve made toward these really basic freedoms that people have come to expect in their daily lives.”

Victoria Kirby York, deputy executive director at the National Black Justice Coalition, which advocates for LGBTQ civil rights, said the court’s ruling could also open the door to rolling back rights like interracial marriage, marriage equality and other civil rights.

Kirby York said the court’s opinion went against how the court had construed the 14th amendment and equal protection under the law in the past, and has now opened the door for other unenumerated rights to be challenged.

“We will have to have individual cases on these things come before the court,” she said.

Disclosure: Planned Parenthood, Texas Freedom Network and University of Houston have been financial supporters of The Texas Tribune, a nonprofit, nonpartisan news organization that is funded in part by donations from members, foundations and corporate sponsors. Financial supporters play no role in the Tribune’s journalism. Find a complete list of them here.