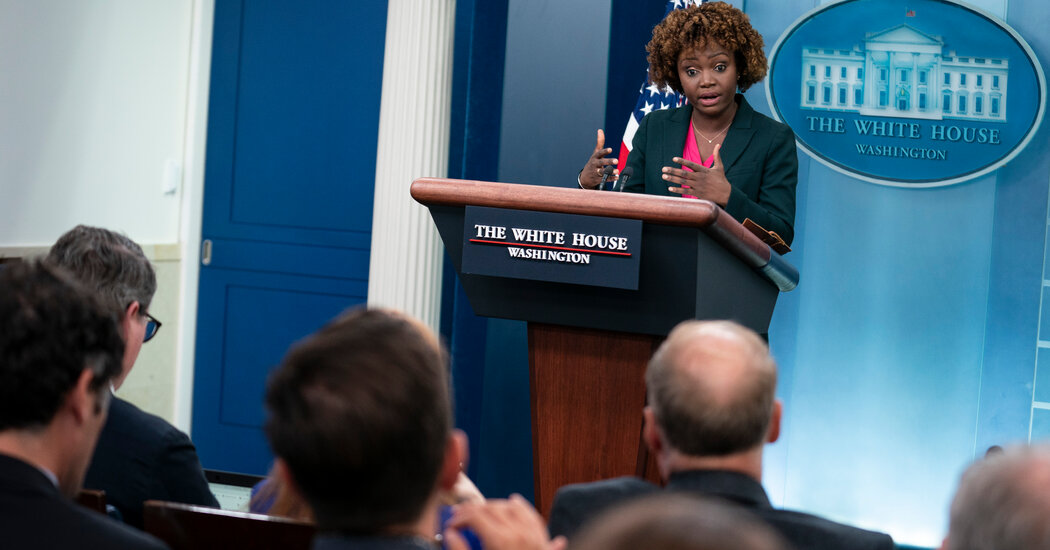 The C.I.A. issued a vague warning in June to a number of European nations, including Germany, that the two Nord Stream gas pipelines that carry natural gas from Russia could be targeted in forthcoming attacks, three senior officials familiar with the intelligence said on Tuesday.

The warning was not specific, the officials said, and they declined to say whether Russia itself was identified as a possible attacker. American officials said that while it appeared likely that the damage to the pipelines was the result of sabotage, they had reached no conclusion about who might have been responsible. Both pipelines suffered a sudden loss of pressure and released gas into the sea, European officials reported, and the chances that both suffered accidents nearly simultaneously seem low.

The German publication Der Spiegel was the first to report that the U.S. had provided what intelligence officials call “strategic warning” of a possible attack — a warning that came with no specifics about the likely time or place or manner of a potential strike.

The Biden administration, which in the run-up to the war often accused Russia of planning attacks on Ukraine, was careful on Tuesday not to blame Moscow — or anyone else. At a White House news briefing on Tuesday, Karine Jean-Pierre, the press secretary, said she was not going to “speculate on the cause of this.”

“Our partners are investigating this, so we stand ready to provide support to their efforts once they have completed their investigation,” she said. Several officials cautioned that because the warning was three months old, it may not be connected to the most recent incidents.

Ms. Jean-Pierre noted that the pipelines were not actively pumping gas into Europe when the pressure loss occurred. The older pipeline, Nord Stream 1, has not moved gas into Europe for weeks, with the Russians claiming they needed to do maintenance and repair work. That was widely seen in Europe as a warning that President Vladimir V. Putin could turn gas off as winter approaches, depending on whether Europe abandons the Western-led sanctions imposed after the Feb. 24 invasion of Ukraine.

The newer pipeline, Nord Stream 2, has never been operational and Germany said it was canceling its part of the project shortly after the invasion.

Officials cautioned that it would be premature to conclude that Russia was behind the episode. Precisely because Mr. Putin seeks to show he has his finger on the gas valve, they noted, he may well want to keep the pipeline in good working order. A breach of the pipelines, if hard to repair, could hamper how he can control his leverage.

While some European governments were quick to charge Russian sabotage, American government officials said other possibilities also existed that could explain what happened.

Mr. Putin’s government could have been trying to manipulate the pipeline somehow and inadvertently caused an accident, or, potentially, another country could have caused the leak in order to prevent Russia from profiting from the elevated energy prices. Nongovernmental actors could be behind the sabotage.

It also remains possible, even if unlikely, that no sabotage was involved and a pure accident caused the leak.

Earlier this week, the main directorate of the Ukrainian intelligence service posted a warning on Facebook that “the Kremlin is planning to carry out massive cyberattacks on the critical infrastructure facilities of Ukrainian enterprises and critical infrastructure institutions of Ukraine’s allies. Attacks will be aimed at energy sector enterprises.” But it noted that those could also be combined with physical attacks.

How the ‘Price Cap’ on Russian Oil Works

Ukraine war: Can we expect peace talks to begin?