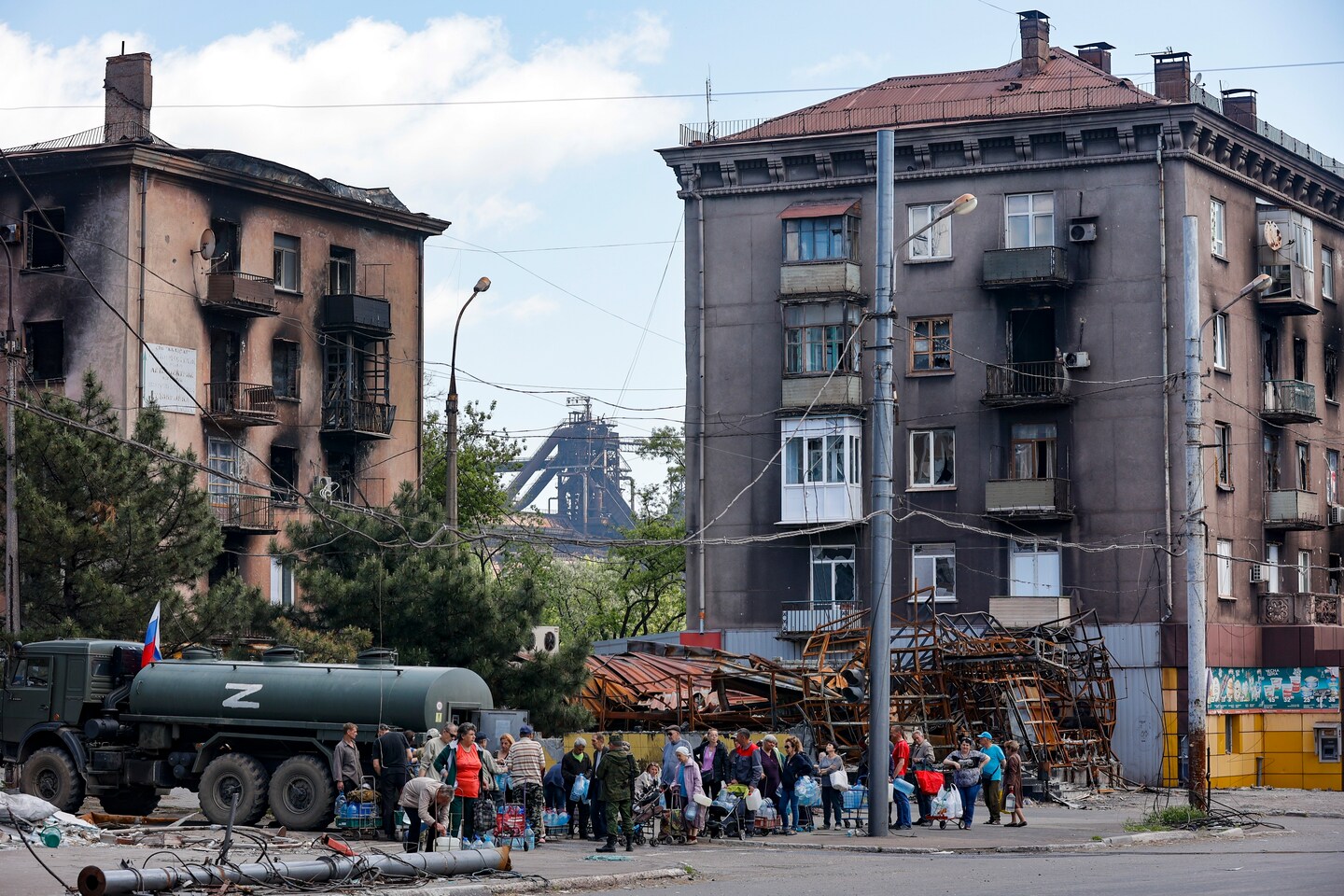 In Mariupol — the ruined and Russian-occupied port city in Ukraine’s southeast — fears of constant bombardment have given way to silent threats: Bacteria-laced water and deadly cholera outbreaks.

The city’s exiled local leaders have voiced concern about the water supply for weeks, and on Monday, mayoral aide Petro Andryushchenko said that decomposing bodies and piles of garbage are contaminating drinking sources, leaving residents vulnerable to cholera, dysentery and other ailments.

The Russian officials now running the city recently imposed a quarantine, Andryushchenko said in an appearance on Ukrainian television. He did not elaborate on the measures, and his statement could not be independently verified, but he said the humanitarian situation there was getting worse.

“Spontaneous burials are still in almost every yard in Mariupol,” the city council wrote in an update on Telegram. “Bodies are rotting under the rubble of hundreds of high-rise buildings. And it literally poisons the air.”

Public health experts have warned that warming weather and prolonged warfare could expose Ukraine — its soldiers and civilians — to infectious diseases, potentially ushering in a new phase of the conflict that forces authorities to contend with outbreaks of illness while fending off Russia’s invasion. The most at-risk areas, officials have said, are the country’s occupied regions, where long bouts of fighting have left sanitation systems in ruins.

Cholera, which spreads through contaminated food and water, is an acute diarrhoeal infection that can be fatal if left untreated.

The Mariupol council predicted thousands more civilian deaths if an outbreak were to rage uncontrolled, which would bring more tragedy to a city that has already endured some of the most brutal bombing of the Russian campaign. The near-constant shelling, which allowed Moscow to claim full control of Mariupol last month, reduced much of the city to rubble and has destroyed water and sewer infrastructure, along with medical facilities, the council said.

To get access to clean water, Mariupol residents must queue for hours, Andryushchenko said on Telegram, and it has only been available every two days at most.

“We can’t be 100 percent sure that there will be disease outbreaks,” he said. “But all prerequisites for them are already there.”

Elsewhere in Ukraine, Kuzin said, task forces have rushed into de-occupied areas to begin testing water and soil in an effort to prevent disease spread. The province of Kyiv and its western neighbor Zhytomyr have been completely inspected, he said, along with much of Chernihiv and Sumy oblasts to the north.

Kuzin estimated that his country’s health-care system has enough medicine and vaccines to treat cholera until at least August.

Russia also appears to be girding itself for the possibility of a cholera outbreak, according to Ukraine’s military intelligence service. In early May, the agency said Moscow was instituting extra preventive measures in regions bordering Ukraine and directing local officials to prepare labs for cholera research and to ensure medical facilities are ready to carry out “anti-epidemic measures.”

Last month, the World Health Organization said it was sending cholera vaccines to Dnipro, a city in central Ukraine, to prepare for possible outbreaks. At the time, WHO officials highlighted the dangerous conditions in Mariupol.

“There are swamps, actually, in the streets and the sewage water and drinking water are getting mixed,” said Dorit Nitzan, a regional emergency director at WHO. “This is a huge hazard. It’s a hazard for many infections, including cholera.”

Writing in The Washington Post after about 40 days of war, authors Max Brooks, Lionel Beehner and John Spencer argued for an urgent international response to the prospect of disease spread in Ukraine, noting that in past conflicts, sickness has caused a startling number of deaths.

“If we want to help the Ukrainian resistance, we shouldn’t be sending them only Javelins and body armor,” they wrote, calling for bulk donations of hand sanitizer, ammonium nitrate and rat traps.

“The last thing Ukrainian resistance fighters need,” they concluded, “is a disease outbreak.”