Chocolate raisins on I-465 after crash 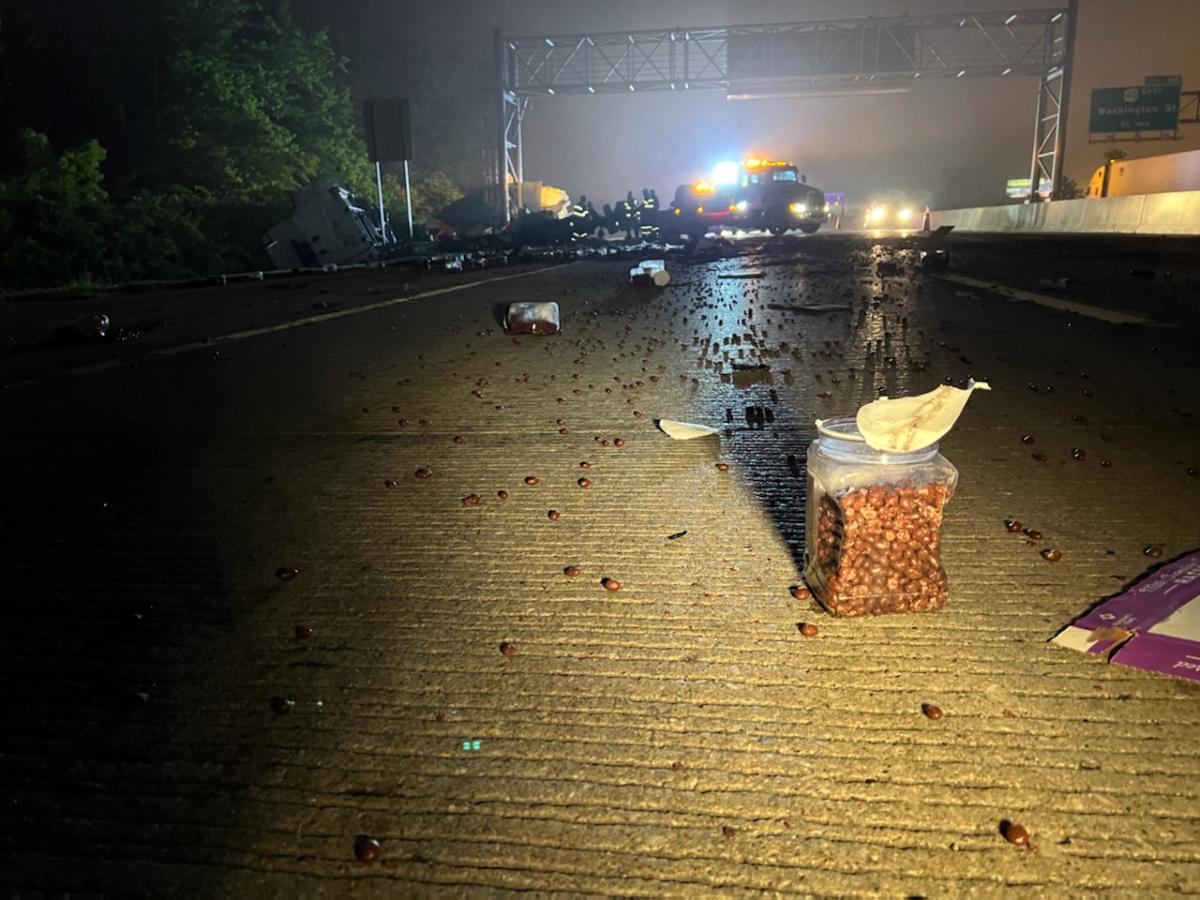 INDIANAPOLIS — The Marion County Health Department was called to I-465 after a semi crash left chocolate-covered raisins and peanuts scattered across the road.

According to police, a semi trailer hauling the candy hit the structure holding the highway signs over I-465 South, just north of the Washington St. exit on Indy’s east side. This happened a little after 1 a.m.

Indiana State Police say the cab of the truck separated from the trailer in the crash, and the trailer was torn in half, causing the spillage.

Police estimate cleanup to take four to six hours. The right two lanes are closed in the meantime.

Two secondary crashes in the same location caused one person to go the hospital with non-life threatening injuries.