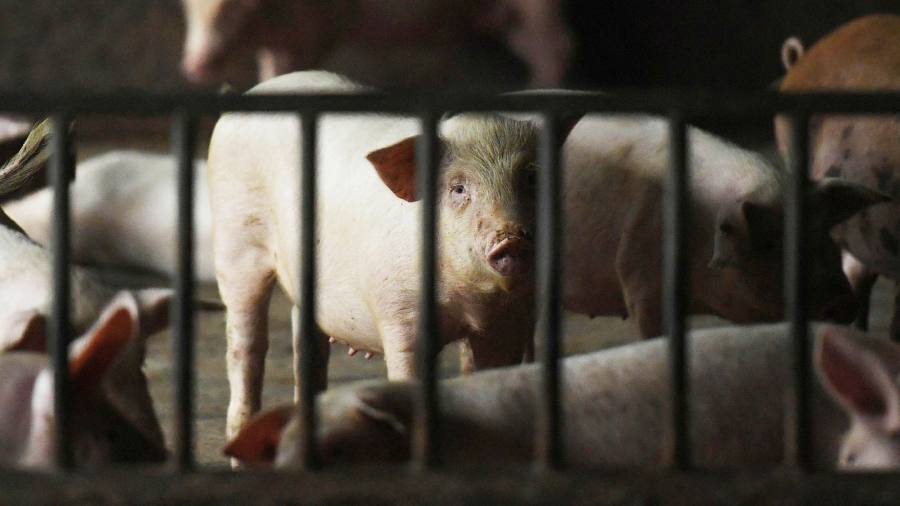 Scientists say the new strains, which have left commodities traders scrambling for information, spread more easily than the dominant variety of the pathogen. They have also raised the risk of a more protracted disruption to supply for the planet’s largest producer and consumer of the meat.

ASF, which does not affect humans, has hit China’s pork production since it began spreading in 2018. Beijing has predicted a steady recovery in supplies this year after they fell to a two-decade low in 2020, but analysts say new strains of the virus could threaten this.

There is no treatment or cure currently available for ASF, although China has been holding clinical tests for a vaccine since last year.

Wayne Johnson, a veterinarian consultant at Enable AgTech Consulting in Beijing, said the widespread use of unapproved vaccines by farmers was partly to blame for mutations that had led to new virus strains. Mutations “will happen no matter what, but there’s a great deal of frustration because of the lack of information”, he said.

Justin Sherrard, an analyst at investment bank Rabobank, believes that China’s pork production will only grow by 8 to 10 per cent this year, compared with his previous forecast of 10 to 15 per cent, due to the new strains.

Enable AgTech’s Johnson said it would take at least two years for China’s hog herd to climb back to levels seen in 2018, before ASF became endemic to China. “There are signs that ASF is changing from deadly disease to a chronic disease,” he said.

Piglet prices — which have been a good predictor of future wholesale pork prices since ASF reached China — are soaring. Since concerns over new strains of the virus that causes ASF began accelerating in December, prices have risen more than 15 per cent to Rmb93.2 ($14.3) per kilogramme. That is significantly higher than an average of Rmb20 in the months before the epidemic, but below the record of more than Rmb100 last year.

Dalian-traded hog futures, which were launched in January and allow investors to bet on the future direction of hog prices, have also risen sharply.

Wholesale pork prices in China have dropped 8 per cent to Rmb47.46 a kilogramme this year, but analysts attribute this to a temporary increase in supplies as farmers slaughter more of their herds because of fears over the new strains.

The Harbin Veterinary Institute in northern China said in research published in late February that it had documented several new strains of the virus that causes ASF. These produced milder symptoms that are harder to diagnose, enabling the disease to spread undetected for longer.

Industry observers have expressed concerns that the use of illegal ASF vaccines may have contributed to faster mutation of the virus. In January, an official at Chinese pork producer New Hope Liuhe said a strain found in more than 1,000 of its hogs was “definitely man-made”, according to Reuters.

China’s Ministry of Agriculture has repeatedly warned against the use of unapproved jabs, saying last week they posed “a major safety risk”.