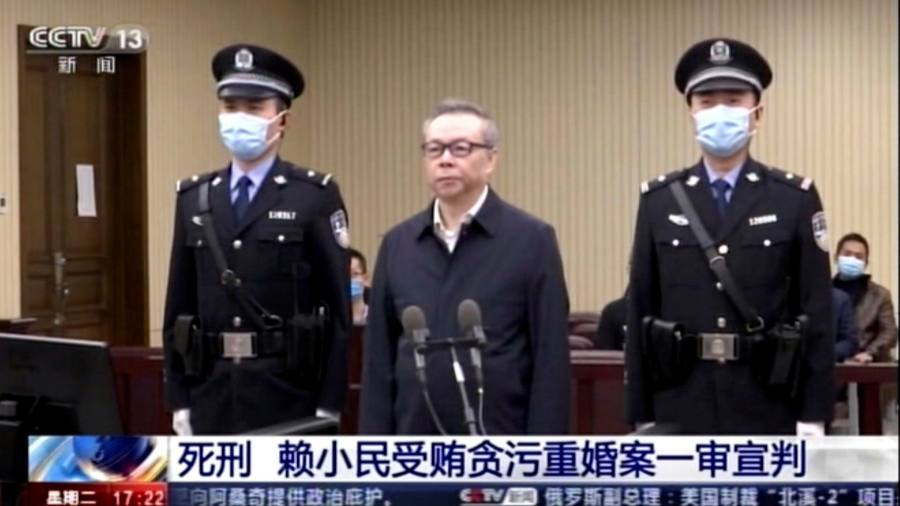 Sign up to myFT Daily Digest to be the first to know about China Huarong Asset Management Co Ltd news.

The announcement is a breakthrough for China’s biggest distressed debt investor, which was plunged into turmoil after it failed to release its annual financial results in April.

The crippling losses confirmed fears that the company faced a gaping hole in its finances. The long wait for information spurred a debate over the extent to which the Chinese government would support its companies and their offshore bondholders, adding to a sense of unease across Asian credit markets where Huarong has borrowed more than $20bn.

Lai Xiaomin, the company’s former chair who oversaw a period of aggressive expansion both in China and internationally, was executed for financial crimes in January.

Huarong, which is majority-owned by the Chinese government but counts international private equity group Warburg Pincus among its investors, said its losses totalled Rmb102.9bn in 2020, based on unaudited financial data. In 2019, net profit was Rmb1.4bn.

Huarong attributed its losses to its former chair, as well as the hit from the coronavirus pandemic, which it said contributed to a quicker “deterioration” of the quality of some assets.

“In 2020, as the trial against former chairman Lai Xiaomin for bribery, embezzlement and bigamy commenced and the sentence was pronounced, the group constantly cleared and disposed the risk assets caused by his aggressive operation and disorderly expansion during his tenure,” it said in an exchange filing.

International bond markets, where Huarong’s borrowing helped fuel its overseas investments, have closely watched the company this week as it held a shareholder meeting on Tuesday.

Following that vote, it received approval from shareholders for plans to exit one of its non-core units, a consumer finance business. Huarong was also given approval for the appointment of a new president, Liang Qiang, who was recently promoted to head Great Wall Asset Management, another bad debt investor.

Expectations of a restructuring have sparked a sell-off in Huarong’s bonds, while trading in its Hong Kong-listed shares remained suspended following its announcements this week.

Landowners find ‘they are making a difference’

Get the most out of your exercise bike