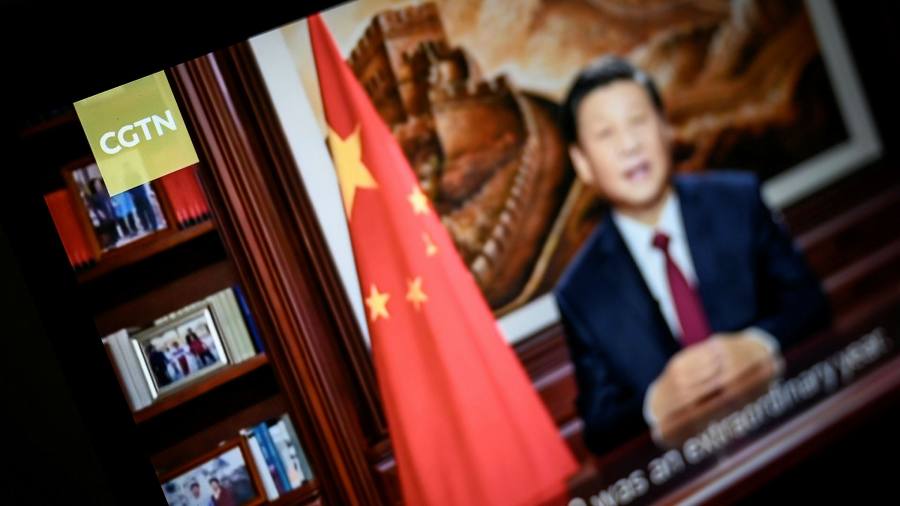 China’s state broadcaster has turned to French authorities in a bid to regain its right to broadcast in Europe, after a UK regulator revoked its licence to air earlier this month.

The Conseil supérieur de l’audiovisuel, the French media watchdog, confirmed that it was approached by the broadcaster in December. But it declined to say when it would be able to establish whether China Global Television Network transmits to satellite from a ground station in France and falls under the country’s jurisdiction.

The watchdog said that “additional analysis” would be necessary after the ruling by UK media regulator Ofcom, which stripped the network of its licence to air after concluding that it was editorially controlled by the Chinese Communist party.

The loss of its UK licence was a blow for CGTN, which has made a big bet on London, launching its European broadcasting hub there less than two years ago. Unlike Britain, France does not have rules that prohibit state-controlled broadcasters from airing in the country.

A decades-old treaty between members of the Council of Europe, a 47-member organisation that is separate from the EU and therefore not affected by Brexit, mandates that an international broadcaster can beam into the territories of signatories as long as it falls under the jurisdiction of one member.

Were the French regulator, which stressed that its review was of a technical rather than political nature, to conclude that CGTN falls under its jurisdiction, it could reinstate CGTN’s right to broadcast in the UK.

Ofcom declined to comment on this specific case, but said that an international broadcaster established under the rules of the treaty “may be permitted to broadcast in the UK without a licence”.

Since the Ofcom decision, European media regulators have scrambled to establish whether CGTN has the right to continue broadcasting in their countries.

German broadcasting watchdog Medienanstalten told the Financial Times that it had not found evidence of CGTN approaching media regulators in countries other than France, adding that it was now waiting for the French authorities to make a decision.

Several distributors that carry CGTN in Germany, including Vodafone, have temporarily stopped broadcasting the channel while they await further instruction.

CGTN declined to comment on its plans in Europe. The network can still broadcast over the internet, and a lack of broadcasting rights would not curtail the network’s ability to keep reporters and a headquarters in Europe.

The move by Ofcom nevertheless heightened tension between the UK and China, with Beijing swiftly retaliating by officially banning the BBC’s World News television channel.

Philippe Bailly, a French media expert, said it would not be hard for CGTN to establish a European jurisdiction in France, but warned that French media laws were among the “strictest” in the EU.

“CGTN could potentially have more problems depending on what they air and whether it is objective rather than who controls the channel,” he said.

Ofcom last year found that CGTN had breached its impartiality rules, after it failed to present alternative viewpoints to that of Beijing in its coverage of pro-democracy demonstrations in Hong Kong. The regulator has yet announced what the sanctions will be, which range from a fine to the loss of its licence.