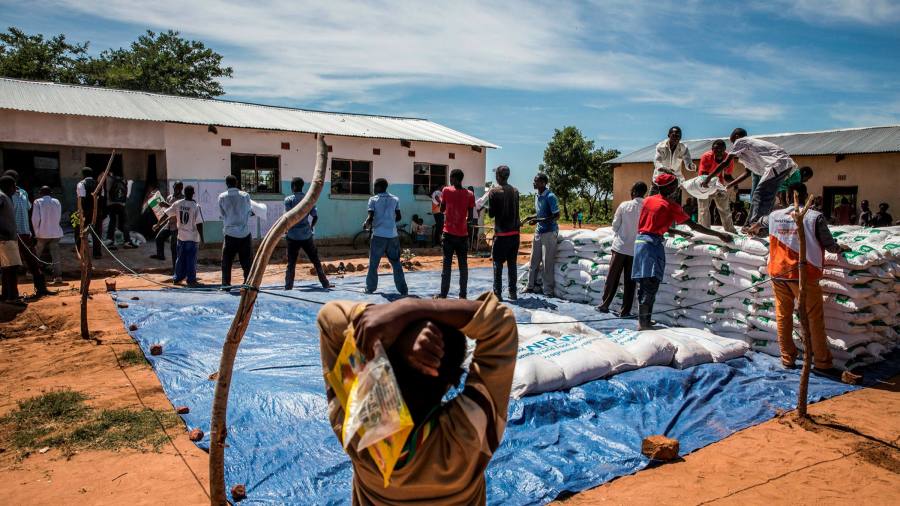 Within months of his election last year, Zambia’s president Hakainde Hichilema had succeeded in negotiating a $1.4bn IMF bailout for the debt-stricken southern African country. But hammering out a deal with all its creditors, chief among them China, could take much longer.

With Beijing now the biggest bilateral lender to low-income countries, Zambia’s travails are a test case of its willingness to take the lead in restructuring the debt obligations of defaulting states. Until now, Beijing has negotiated with its borrowers behind closed doors, one to one.

At a time of rising economic stress when Sri Lanka is in default and Pakistan is close to it, other countries that are heavily indebted to Beijing are keeping a close eye on proceedings in Lusaka, as are its other creditors. The Zambian crisis also illustrates how Chinese loans come from a variety of government institutions whose interests often vary, adding extra complexity to efforts to reach a deal.

“The composition of the debts of developing countries has shifted dramatically over the past 10 years toward China and the private sector,” David Malpass, president of the World Bank, told the Financial Times. “China recognises that [engaging with Zambia’s other creditors] is an important way to work with the global community. It’s an important step in that China is recognising its role in debt restructurings.”

Zambia became the first country during the pandemic to default, missing payments on $17bn-worth of foreign debt in 2020. After negotiating the rescue package with the IMF, Zambia needs talks with creditors to move swiftly so it can reboot growth and development.

Before the fund can release the cash, it wants “assurances” from other official creditors — of which the biggest is China with an estimated $6bn in loans — that they will agree to debt relief. Little is known about the terms on which China has lent and how Beijing will behave.

China is not a member of the Paris Club, set up to restructure loans granted by western governments, and has voiced concerns about the austerity measures the IMF imposes on cash-strapped debtors. Different Chinese entities from policy banks to commercial lenders issue loans, each with their own priorities. Deborah Bräutigam, director of the China Africa Research Initiative (CARI) at Johns Hopkins University, said it was important to understand that “there is no single China” but rather a “fragmented authoritarianism”.

In the case of Zambia, the lenders include the China International Development Cooperation Agency and others led by Eximbank of China and China Development Bank. According to CARI, the loans were made under widely varying terms.

The likely lengthy debt workout in Zambia also points to a wider flaw in global handling of sovereign defaults, which the World Bank has warned could soon surge to levels last seen in the 1980s.

This month Lazard, the French group advising Zambia, said that a common framework, set up during the pandemic by the G20 group of large economies to ensure that debt restructurings could be done quickly, was too vague. Lack of guidance on co-ordination “creates a lot of frustrations for creditors — be they private or official — but also for debtor countries,” Lazard said.

Malpass, a frequent critic of China’s obstinance, has called for a rethink of the framework. He said commercial creditors should sit alongside their sovereign counterparts during debt negotiations, rather than being presented later with a fait accompli.

But with the $1tn Belt and Road Initiative making China the most significant bilateral lender so far this century, reform appears unthinkable without Beijing’s buy-in.

“China has the leverage to delay or potentially prevent the common framework from proceeding,” said Kevin Daly, portfolio manager for emerging market debt at abrdn and a member of a committee representing Zambia’s bondholders. “It’s not a stretch to say its success or failure hangs on Zambia.”

Chinese lenders have adopted an approach different from that of other commercial creditors. They have been willing to extend maturities and grant payment holidays to struggling debtors, but reluctant to accept any reduction in the amount of money they are owed over fears, observers say, of the political backlash in Beijing. This puts them at odds with commercial creditors such as bondholders.

Beijing recognises that it is under a lot of pressure to figure out new solutions. “Existing methods, led by loan extensions and debt relief [mainly of interest-free loans] are harder to continue,” a government adviser said.

Yet China’s finance ministry and central bank, the People’s Bank of China, are at odds over what the solutions might be. “The finance ministry is in general more cautious in giving concessions as doing so would exacerbate its fiscal burden. As the biggest shareholder of policy lenders like China Development Bank and the Exim Bank, it will bear the losses of restructuring of interest-free loans and other low-interest policy loans,” the adviser said.

“In contrast, commercial lenders like ICBC, which are regulated by the PBoC, and [so] by extension the PBoC, are open to a variety of restructuring methods that could help shore up losses sooner but may force lenders to write off some of the bad loans,” she said, adding that they were keen to work together to minimise losses. 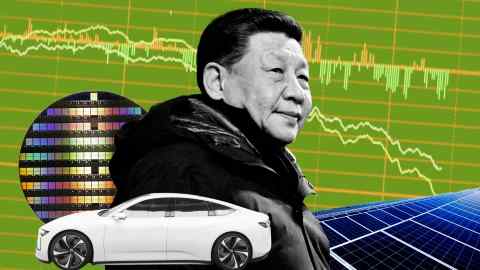 Others advise caution. “Is this China coming into the fold? Absolutely not,” said Douglas Rediker, senior fellow at the Brookings Institution, adding that it would be “naive to believe that any one instance of China being co-operative will be transferable to any other instance”.

A recent call between Hichilema and China’s president Xi Jinping was seen as a breakthrough and enabled talks, co-led by Beijing, in Paris earlier this month. French officials said the talks went well and that discussions would continue. “It is a commitment they have made,” said Emmanuel Moulin, head of the French Treasury and chair of the Paris Club. “But now they need to deliver.”

These glimmers of hope mean Zambian officials are optimistic that a deal can be reached. “In view of the fact that China is finally on board and is speaking out about the need for the IMF to act swiftly,” said one official in Lusaka. “This is the time to give the process a bit more patience.”