China warns Biden not to meddle in Hong Kong and Xinjiang 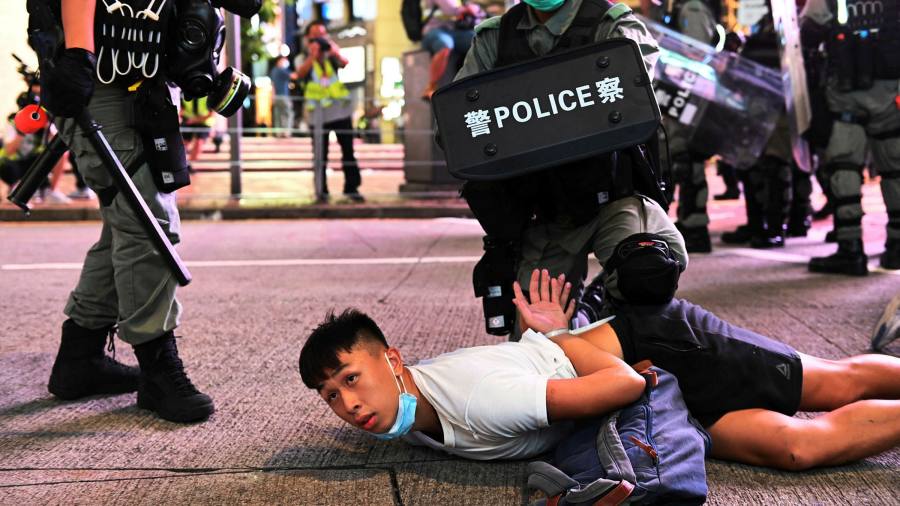 Yang Jiechi, China’s top diplomat, has warned the US not to interfere in Hong Kong and Xinjiang, after senior Biden administration officials criticised Beijing’s policies in both regions.

In the first speech by a Chinese official to a US audience since President Joe Biden took office, Mr Yang blamed Donald Trump for the dismal state of US-China ties and told Mr Biden not to meddle in China’s affairs.

“The US should stop interference in the affairs of Hong Kong, Tibet and Xinjiang, which all matter to China’s sovereignty and territorial integrity,” he told the National Committee on US-China Relations, a US-based non-profit.

The comments come after Antony Blinken, US secretary of state, described the Chinese government’s repression of more than 1m Muslim Uighurs detained in Xinjiang province as “genocide”, adopting the same rhetoric as the Trump administration.

Jake Sullivan, US national security adviser, on Friday stated that one of the main elements of the Biden administration’s policy towards China would be criticism for its human rights abuses.

Mr Sullivan said Mr Biden was “prepared to act . . . to impose costs for what China is doing in Xinjiang, what it’s doing in Hong Kong [and] for the bellicosity of threats that it is projecting towards Taiwan”.

He made the comments a week after Chinese fighter jets and bombers entered Taiwan’s air defence zone and simulated attacks on the USS Theodore Roosevelt aircraft carrier.

Mr Yang said that US-China relations had reached a “key moment” following four years of “misguided policies” from the Trump administration. “There have also been attempts to seek decoupling and a so-called new cold war,” he added. “Such moves going against the trend of the times have seriously damaged China-US relations.”

Referring to another Trump administration policy, Mr Yang said the two countries had to “work in the same direction”, which he added would require the US to “remove stumbling blocks to people-to-people exchanges, like harassing Chinese students [and] restricting Chinese media outlets”.

In his address, Mr Yang placed the blame for the deterioration in relations squarely on the US and made no mention of China’s activities in Xinjiang, or its crackdown on the pro-democracy movement in Hong Kong.

One long-term China watcher in the US said the speech was “classic Yang: highly doctrinaire, unengaging and totally unpersuasive”.

Mr Biden is expected to take a far more structured approach to policymaking than the Trump administration, which may be welcomed in Beijing. But early signs from Mr Biden’s team suggest he will adopt a more hawkish stance towards China than when he served as vice-president in the Obama administration.

The US president must also contend with Congress, where there is a strong bipartisan consensus for the US to take a tougher line on China, particularly over human rights abuses in Xinjiang.

Senator Marco Rubio, a Florida Republican, and Senator Jeff Merkley, an Oregon Democrat, last week introduced a bill that would stop US companies from importing goods made using forced Uighur labour in Xinjiang. The bill has widespread received support, including from Jim Risch, the top Republican on the Senate foreign relations committee.