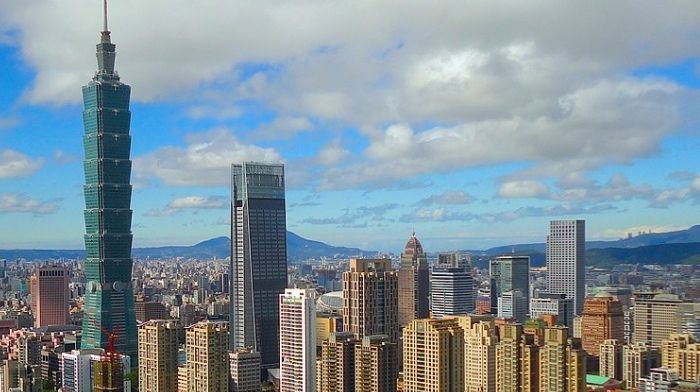 NBC’s Chuck Todd held a mock war game on “Meet the Press Reports,” facilitated by the Center for a New American Security (CNAS) between China and the United States.

The war game was set in 2027, with three rounds of strategy between the Blue Team (United States) and the Red Team (China).

The results were fascinating, to say the least, albeit not surprising to this veteran.

Go inside our exclusive war game with @CNASdc —

The year is 2027. The briefing: China is poised to attack Taiwan

Which side would prevail? Would China attack the U.S. mainland? Could nuclear war break out?

Watch the full episode on @PeacockTV and at https://t.co/CN76hzJHEj pic.twitter.com/XOjyry0QEY

In the first round, China invades Taiwan, which is expected given that it is the anticipated goal of China and the point of running this war game in the first place.

The second round brought in U.S. allies in the area, including Australia. While the allies focused on a blockade, the Blue Team focused on sinking Chinese warships.

Meanwhile, the Red Team attacked Hawaii and took out the control center while also putting boots on the shore of Taiwan. This move ended with the Red Team slightly ahead.

In the final round, the Red Team went in a highly aggressive position, pulling the trigger on a “HEMP shot, ” a high-altitude electromagnetic pulse produced by a nuclear detonation.

They also attempted attacks on Alaska and California, including more attacks on Hawaii. Most alarming, in this simulation is the Blue Team was unable to maintain what is known as air superiority – a cornerstone of U.S. military strength and war aims.

A role-playing game for the military industrial-complex. Except to them it’s not fiction. They seriously mean to prepare for a nuclear war with China in 2027 that they believe the US would win. https://t.co/hTopif2ZxG

RELATED: Why Are U.S. Officials Bragging About Acts of War Against Russia?

Why Do We War Game This Particular Scenario?

China views Taiwan as a “breakaway province.” For those who may need a quick history lesson, in 1949, members of the Nationalist Party fled to Taiwan after losing to the Communists in China.

China hasn’t been shy about its intentions to someday absorb Taiwan back into the Red Fold. There has been speculation that China has been watching the Ukraine invasion closely. How we have reacted and how the world has responded are areas of interest.

“Zelensky’s ability to rally the Ukrainian people and international public opinion has shown Chinese leaders the importance of eliminating Taiwan’s leadership early in a conflict and breaking the Taiwanese people’s determination to resist.”https://t.co/nsdYV1ebes

Even with the concerns that China has been beefing up its military machine and licking its chops over Taiwan, the U.S. government claims there is nothing to worry about.

Avril Haines, Director of National Intelligence, told Congress on May 10th that China won’t invade Taiwan because China doesn’t believe they are ready. How comforting.

What Happened To Our Air Power?

Of the prediction that the U.S. would be unable to maintain air superiority, Lieutenant General S. Clinton Hinote, Deputy Chief of Staff for Strategy, Integration, and Requirements, stated:

“We are used to dominating. But China has invested in modern aircraft and weapons to fight us.”

To which I would counter, “Oh yeah? But what has China done to make their military more climate-friendly?” Boom, mic drop.

We Are No Longer The Mighty Military Force We Once Were

But the responsibility lies mainly with the Pentagon. Mark Gunzinger, a research fellow at the Mitchell Institute, put it better than anyone else could’ve:

“The Pentagon is now placing too much weight on deterring a Chinese fait accompli move against Taiwan. Deterrence will not work unless China believes we have the capabilities and force capacity to prevent them from succeeding. Today, we lack both.”

A fait accompli is the concept that something has already happened before other actors can react. President Vladimir Putin tried a fait accompli in Ukraine that has failed miserably. The belief is that if and when China decides to absorb Taiwan, they will attempt the same.

One could argue they will be better positioned to make this attempt. We don’t have nearly as many prepositioned military assets in Asia theater as in European theater. Also, the Chinese military is a lot more built-up than Russia’s.

RELATED: The Truth Behind Military Brass Incompetence And The System That Perpetuates It

They Don’t Build Ships The Way They Used To

“I refuse to put an additional dollar against a system that would not be able to track a high-end submarine in today’s environment.”

I applaud the Admiral’s decision to speak truth to power regarding the state of his ships. However, the scary thing is these ships are only about three years old. While decommissioning these ships would save $391 million this year for the Navy, it doesn’t explain away the $3.2 billion spent to manufacture vessels that don’t do what they need to do.

With the Chinese Navy steadily climbing to 460 ships by 2030, the unforced errors in Navy shipbuilding, like the Littoral Combat Ship, must stop. Programs that can scale up and grow our fleet must be the priority.
https://t.co/0WiKgqrTp0

The military-industrial complex could stand to focus on what it was meant to focus on, which is the profession of arms, and start revectoring away from the politicized woke world.

Making our military vehicles green and climate-friendly should not be a mission of the U.S. government. However, there seems to be some progress, with Admiral Gilday’s recent decision to remove woke books from the Navy recommended reading list.

The Future Is Not Looking Bright

It’s interesting to note that usually, the Air Force war games the Chinese Taiwan invasion with the year target of 2030. However, the war game performed on Meet the Press was set for three years earlier. The reasoning is clear to see. China has been gearing up for a fight for decades. Yet, at the same time, we continue the same old defense tactics and allow woke ideologies to infect the military environment.

The Heritage Foundation conducts an annual Index of U.S. Military Strength. They measure seven entities within the Defense structure against three areas; capability, capacity, and readiness. For 2022 they published the below:

Not the kind of ratings any American should be excited about.

Tomorrow President Biden heads to Asia for the first time in his presidency. Undoubtedly he is planning to undo anything that the prior administration had done in the arena, as that seems to be the main play in the administration playbook.

The answers are unclear. I know I’m sure glad they aren’t sending the Vice President.