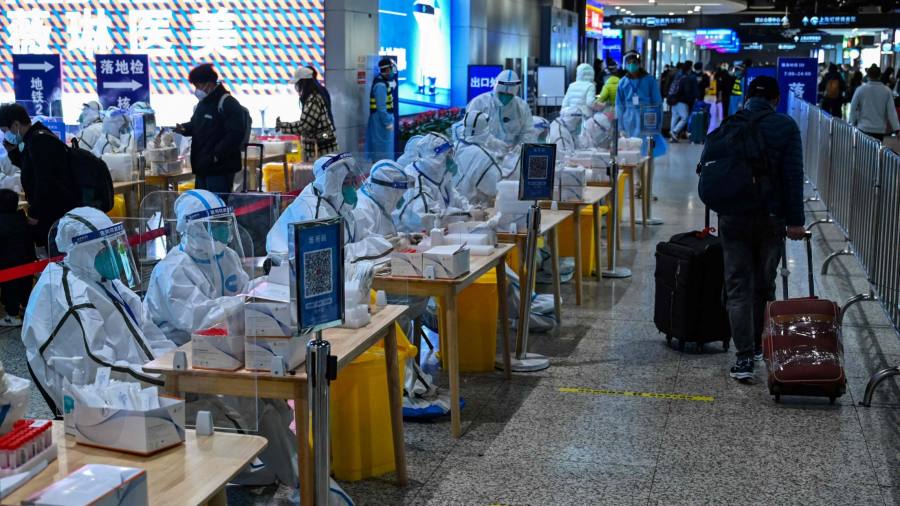 China has announced wide-ranging relaxations to President Xi Jinping’s contentious “zero-Covid” restrictions, including for the first time home quarantine, as further evidence emerged of the economic damage from the pandemic controls.

The new measures, outlined by the State Council on Wednesday, were foreshadowed by a meeting of the Chinese Communist party’s politburo, which emphasised the importance of stabilising the economy rather than the battle against Covid-19.

They include the first explicit endorsement from the central government of isolating asymptomatic or mild coronavirus cases at home rather than at hospitals or centralised quarantine facilities. Some local governments had experimented with similar measures in recent days.

The State Council, China’s cabinet, also said people should not have to show proof of a negative test before entering most public places — a relaxation recently implemented by cities including Beijing and Shanghai despite concerns that the rapid spread of Covid could overwhelm the medical system, especially in poorer rural areas.

In its earlier meeting, the 24-member politburo, chaired by Xi, said the government would “optimise epidemic prevention and control” as it tried to stabilise an economy that grew 3 per cent year on year during the first nine months of 2022, well below Beijing’s year-end target of 5.5 per cent.

Xi had previously said that Covid was a “devil virus” that only an “all-out people’s war” could vanquish.

Chen Long at Plenum, a Beijing-based advisory firm, said the demise of zero-Covid was evident from the changing tenor of comments from officials and state media about the threat posed by the virus over recent weeks. He added that ending all restrictions would not be a smooth process, “but we are moving there, firmly, and there is no way back”.

“They define a major relaxation of zero-Covid and provide centralised guidance for local governments to follow,” Hofman added.

“While there are still many challenges ahead, this is a clear step towards further opening and minimising the impact of Covid control on society and the economy.”

China’s trade data for November, released on Wednesday, provided the latest example of the pressure building on its economy, with exports and imports both contracting by their biggest margin in several years in the wake of weakening global demand for its goods.

The country’s exports in dollar terms fell by 8.7 per cent year on year to $296bn, the biggest drop since the start of the pandemic in January 2020 and far below expectations of a 3.5 per cent fall. Its imports declined 10.6 per cent to $226bn, the most in two and a-half years.

In October, exports and imports fell just 0.3 and 0.7 per cent, respectively.

The declines highlight the vulnerability of Chinese trade to damping overseas demand as other big economies raise interest rates, while Covid restrictions weigh on a fragile domestic economy.

China’s exports to the rest of the world soared during the early stages of the pandemic, buoyed by international demand for goods during lockdowns. But that strength has faded amid broader economic stress from a property crisis and the zero-Covid approach, which has curtailed economic activity.

The trade data was recorded during a surge in harsh measures in November as authorities grappled with multiple outbreaks in Guangzhou, Beijing and a Foxconn factory in the city of Zhengzhou before ultimately shifting towards relaxation.

“As global demand weakens in 2023, China will have to rely more on domestic demand,” said Zhiwei Zhang, chief economist at Pinpoint Asset Management, who also expects exports to remain weak in the coming months as the country “goes through a bumpy reopening process”.

Wednesday’s trade figures were the latest in a series of negative data related to China’s economy, which grew 3.9 per cent in the third quarter. 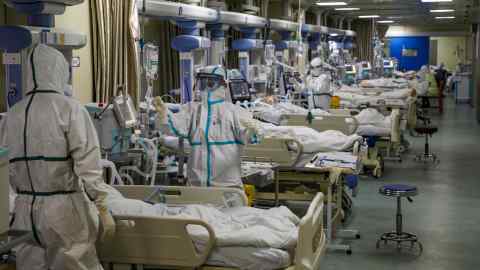 Domestic consumer demand has remained weak under the frequent citywide closures imposed by zero-Covid, with retail sales contracting 0.5 per cent year on year in October.

“A shift away from zero-Covid will boost domestic demand over the medium term,” he added. “But the transition to living with the virus is likely to take time.”

The country’s trade surplus was $70bn, 2.5 per cent lower compared with the same period last year.