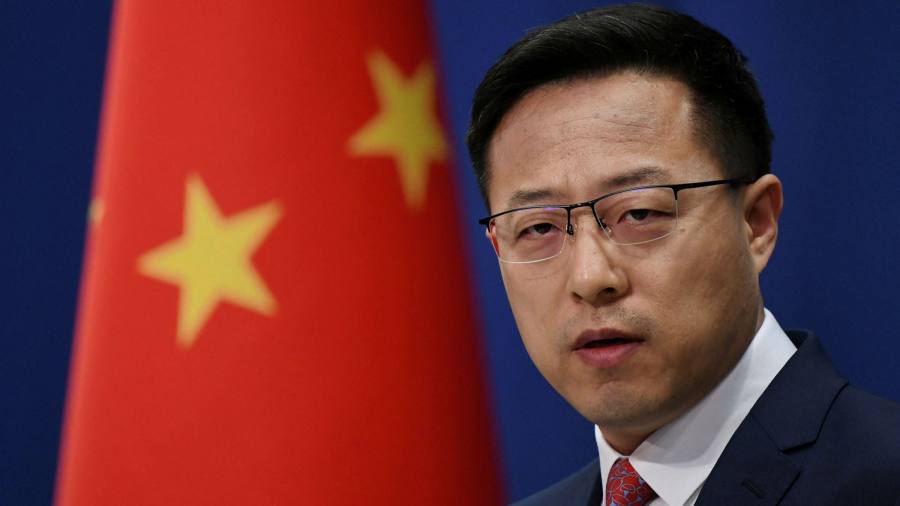 China has vowed not to recognise a passport the UK offers to Hong Kong residents as valid identification and accused London of violating its sovereignty, after Britain offered up to 3m of the city’s population a new path to citizenship.

The comments from China’s foreign ministry demonstrate the growing friction between London and Beijing over Hong Kong as post-Brexit Britain considers a trade deal with the Asian superpower.

While the move is largely symbolic as China has not previously recognised the passport as a travel document to enter the country, it reinforces Beijing’s threat that it might take further measures against the UK.

The British government countered Beijing’s introduction of a harsh national security law on Hong Kong in the middle of last year by offering residents of the territory a chance to settle permanently in the UK via a new visa. London regarded the law as a breach of the Sino-British treaty under which the territory reverted to Chinese rule in 1997.

The pathway to citizenship was made available to those with British National Overseas status passports, historically offered to Hong Kong residents of the territory while it was under British sovereignty. The new BNO visa, for which applications open on Sunday, will also be open to a wide range of dependants of people eligible for the BNO passport.

The UK Home Office has said it expects about 300,000 people to apply for the visa in the first five years.

Zhao Lijian, China’s foreign ministry spokesperson, said that from January 31 Beijing would not accept the document as valid identification as he strongly criticised UK leaders.

“This is a serious violation of China’s sovereignty, gross interference in Hong Kong’s affairs and China’s internal affairs,” Mr Zhao said. He added that China reserved the right to take further measures.

Immediately after the announcement, the local authorities in Hong Kong said they would require airlines to check that Hong Kong residents boarding flights had either a local passport or identification. They said they would not allow residents to use their BNO passports to pass immigration when leaving the city, although few residents who do not hold foreign citizenship and plan to travel would not have a Hong Kong passport.

The UK’s Foreign, Commonwealth and Development Office said it was “disappointed but not surprised” by the Chinese decision and that people would be able to use other documents to come to the UK to take up the visa.

“People with BN (O) status now have a choice to come and live, work and study in the UK,” the FCDO said. “We look forward to welcoming those who wish to settle here.”

Emily Lau, a Hong Kong politician who has fought for rights for BNO holders, said China’s response was “very strange”.

“I don’t really know what the effect is,” she said, adding that Hong Kongers usually entered China with the permit issued by the mainland Chinese government.

“My understanding is the Chinese government never officially recognised BNO,” she said. “I think they want to counteract [British’s BNO policy], but I am not sure what difference this would make.”

One UK official agreed that the impact of Mr Zhao’s statement was unclear as Beijing had never allowed the use of BNO passports to enter China.

The terms of the UK’s new visa scheme are particularly generous given the UK Home Office’s cautious approach to encouraging immigration in recent years. As well as extending it to a far wider range of dependants than most settlement routes, the visa offers a faster route to permanent settlement and citizenship than is offered to most groups and will cost less.

The UK said on Friday that it had already offered discretionary leave to remain in the UK to around 7,000 BNO holders and their dependants who had arrived at UK border posts since it announced its plans for the new route in July last year.

xQc Reacts to Taking Back my Apology to Dream (videogamedunkey)

The best of E3 weekend