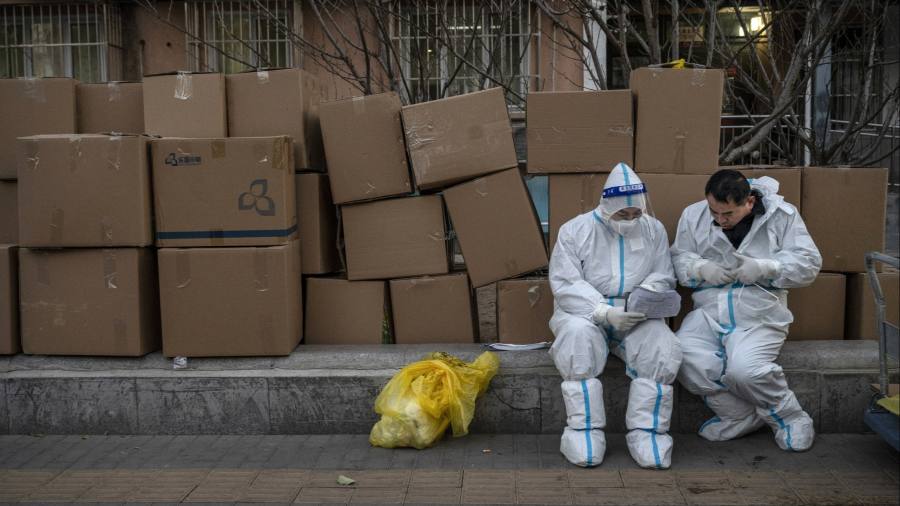 Chinese health authorities have raised concerns about Covid-19 outbreaks among frontline medical staff and migrant workers returning home during the lunar new year holiday, as inadequately prepared rural areas could be overwhelmed by the virus.

“One of our biggest challenges is how hospitals cope with a surge in infections among doctors and nurses,” a health official in Guangzhou, the capital of southern Guangdong province, told the Financial Times.

The official, who asked not to be identified, added that infections among health workers were “an important factor” in a decision last month by officials in Shijiazhuang, the capital of northern Hebei province, to reverse a shortlived experiment with looser “zero-Covid” controls.

In recent days, however, cities across China have accelerated the lifting of stringent pandemic restrictions — a reaction in part to nationwide protests against President Xi Jinping’s controversial zero-Covid policy.

On Tuesday, Beijing announced that people entering most public buildings would no longer be required to show a negative coronavirus test result, following a similar move by the government of Shanghai on Monday. Testing sites in many cities now urge people not to queue for tests unless “really necessary”.

Kelly Xiao, a Guangzhou-based accountant, recently tried to take her four-year-old daughter to a local hospital after she came down with cold symptoms and a fever, but was turned away.

“The nurses told us that there were already dozens of positive [Covid] cases there,” she said. “I was advised by one of the nurses that if [a home] rapid antigen test was negative, it would be safer to keep my daughter at home.”

The official in Guangzhou added that the city would also discourage its millions of migrant workers from returning to their hometowns, mainly in rural inland areas, for next month’s lunar new year. The public holiday, which begins on January 21, is China’s biggest of the year, and triggers the world’s largest annual migration of people, an event referred to as the “spring rush”, or chunyun.

“We need to make sure this year’s chunyun doesn’t return to pre-pandemic levels,” the official said. “We are worried about third- and fourth-tier cities where hospitals are under-developed and local residents are less well-informed [about Covid]. Their healthcare systems could be overwhelmed.”

China’s initial Covid outbreak, which raged for weeks after the virus emerged in late 2019 in Wuhan, was complicated by widespread infections among medical staff, many of whom died.

There have also been reports on social media of an outbreak in Baoding, a city about 150km south-west of Beijing where authorities have reported a few new cases. “Plenty of people around us have Covid but are just taking medicine at home,” said one resident who asked not to be identified. “Tests are not required to go into shopping malls or supermarkets.” 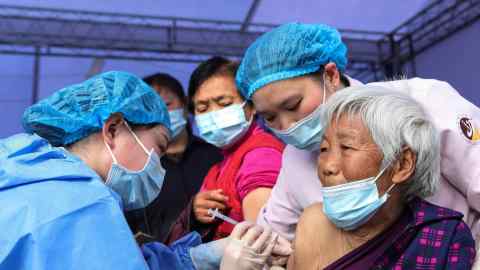 The FT was unable to independently verify reports of an outbreak in Baoding.

The eased testing requirements have raised questions about the reliability of the daily tally of Covid cases from China’s National Health Commission, which reported 27,847 new infections on Tuesday for the day prior.

Baoding is located in Hebei province, which surrounds Beijing and has a population of 75mn. The province reported just 184 new infections on Tuesday.