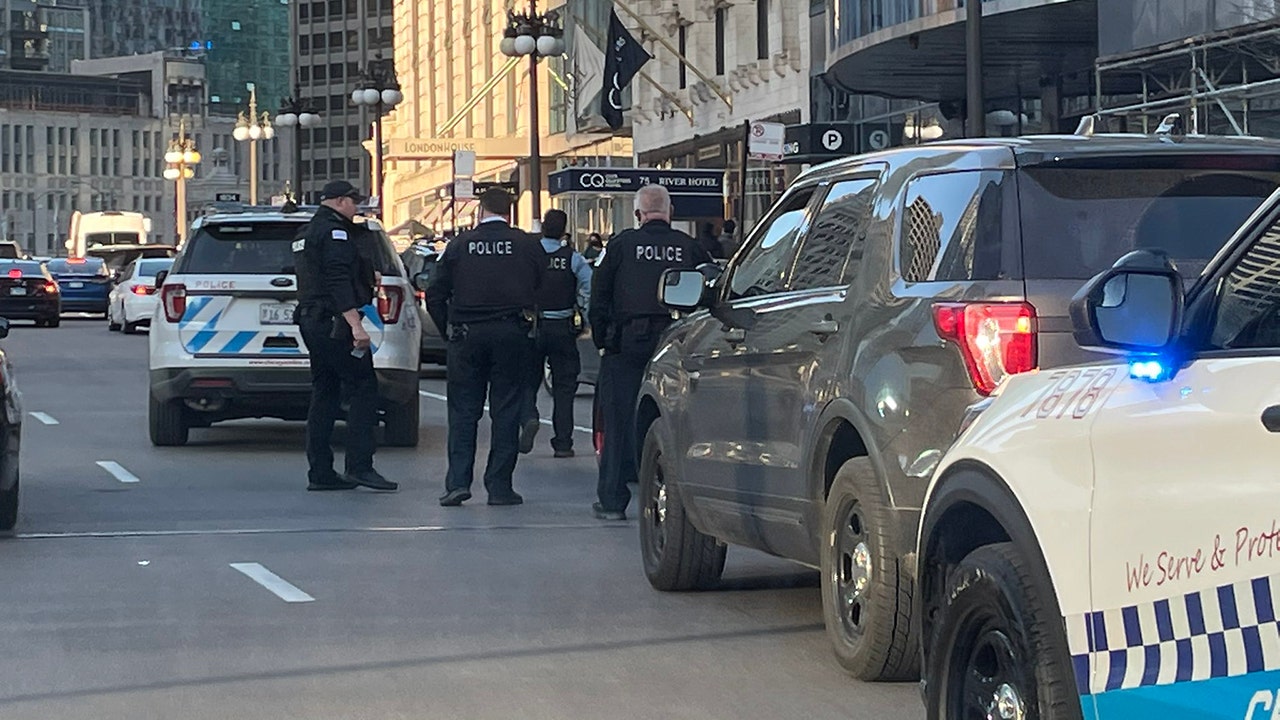 Thirty-eight people were shot in Chicago – including a police sergeant and a 13-year-old boy – and five were murdered during a bloody weekend in the Windy City, officials said.

The Chicago Police Department announced the troubling statistics on Monday morning, adding most, if not all of the injuries and deaths were the result of 21 shootings from 6 p.m. Friday to end-of-day Sunday.

Just after 2:30 p.m. Sunday, an on-duty Chicago Police sergeant was standing in a parking lot at the 6th District Police Station in the city’s Gresham neighborhood when he was struck by a bullet, the CPD said. The sergeant suffered a graze wound to his chin and was taken to an area hospital, where he was released just hours later, police said.

Sources said he has served 26 years on the job, during which time he has received 127 departmental awards.

Police have not announced any arrests so far.

CPD Superintendent David O. Brown said the wounded sergeant was “in good spirits” following the shooting. It was not immediately clear if he was the intended target or if he was struck by a stray bullet.

“Our officers display an enormous level of resiliency and put themselves in harm’s way each and every day, whether it’s responding to a call or simply standing in their own parking lot,” he said.

The sergeant was the 13th officer to be shot or shot at so far in 2021, he continued. Seventy-nine officers were shot in all of 2020.

Around the same time as the police shooting, three people, including a 13-year-old boy, were shot when an unknown attacker opened fire in Chicago’s South Shore, police said.

The teen and two other males, ages 20 and 36, were hospitalized for their injuries, police said. One or more suspects are in the wind.

Meanwhile, two people died and 13 others were wounded during an early-Sunday shooting, police said. According to officials, people were at a party around 4:40 a.m. Sunday when “a disturbance occurred among several patrons” and shots rang out.

Police only identified the slain victims as a 30-year-old woman and a 39-year-old man. Victims ranged in age from 20 to 44 and their conditions varied between good and critical. The shooting is still under investigation.