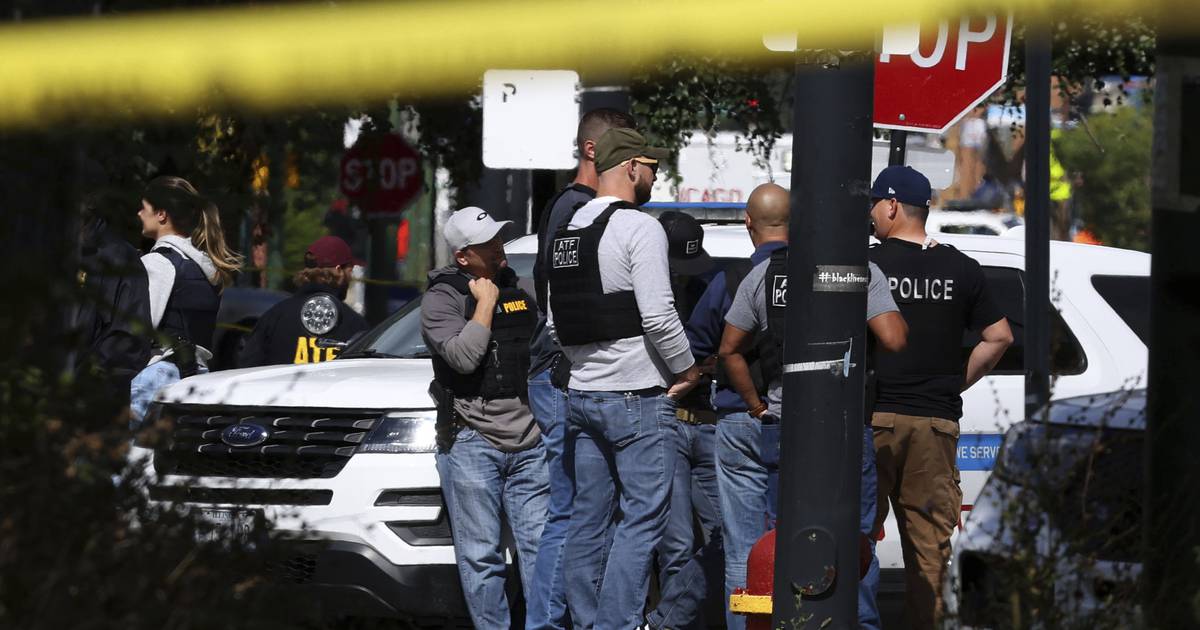 A 47-year-old man faces burglary and aggravated assault of an officer using a firearm charges after he was accused of climbing a fire escape of a Homan Square Chicago police facility, entering the fifth floor where SWAT training was being conducted and pointing unloaded firearms at officers, officials said.

Donald Patrick, of Waukegan, appeared in bond court Wednesday afternoon, where Judge Kelly McCarthy set bond at $500,000, which he will have to post 10% of to be released. If released, he will be put on electronic monitoring.

McCarthy said he caused a “life and death situation” for everyone involved in this case.

Just before noon Monday, Patrick entered the main entrance of the building, located at 3340 West Fillmore Street, and asked how to retrieve his personal property that was stored there, assistant state’s attorney Rhianna Biernat said. The building contains Chicago police’s Evidence and Recovered Property Section, where people can pick up their property inventoried by Chicago police.

The desk officer searched their database with Patrick’s name and learned he had no property there and had never been arrested by Chicago police, Biernat said.

Patrick walked out of the main entrance and around the building to a guard gate, Biernat said. He spoke with the guard on duty, who told him where he could pick up property. Patrick then walked back toward the entrance, but then continued through a parking lot until he got to a fire escape. He pulled down the stairs of the fire escape and climbed up to the fifth floor.

On the floor, Chicago police’s SWAT unit was holding training, which was in a room that included a catwalk area above the room so that supervisors could observe the training below, Biernat said. Unloaded firearms that belonged to the trainees were placed on a desk near the door. Magazines and ammunition were in a storage room.

Patrick went up to the desk with the firearms and picked up three of them, Biernat said. He put one of the firearms in his pocket and carried one in each hand. He walked toward the training area and pointed the firearms up toward four officers on the catwalk.

Another officer also jumped off the catwalk and alerted the SWAT training members on the third floor about a potential active shooter and also went to get his gun, Biernat said.

Another officer saw Patrick with the guns and went to get his gun from the desk but saw it was missing, Biernat said. Patrick was also able to get a bulletproof vest from storage and put it on.

Patrick got to the fifth floor landing with two firearms in his hands and pointed them at one of the officers, who yelled out commands and then fired six to seven rounds toward Patrick, Biernat said.

Patrick was hit at least once and threw the guns he was holding away from him.

Officers who were SWAT medics arrived and rendered aid to Patrick until an ambulance arrived, Biernat said. He was treated for an injury to his face and released from the hospital the same day.

After his arrest, Patrick said that he was “resourceful” in how he entered the building and confirmed he pulled down the fire escape and followed the signs to the fifth floor, Biernat said. He said that he took auto-pistols off the table.

Surveillance cameras captured part of the incident but not the shooting itself, Biernat said. Due to the officers being in training in a police facility, they did not have on body worn cameras.

Patrick’s defense attorney said Patrick is married and has lived in Waukegan his whole life. He is a Salvation Army volunteer and attends church, the attorney said. Patrick did not have money to post bond, and his attorney asked for a health care order, saying the incident may have been “a mental health episode.”

Patrick’s next court date is scheduled for Oct. 5.