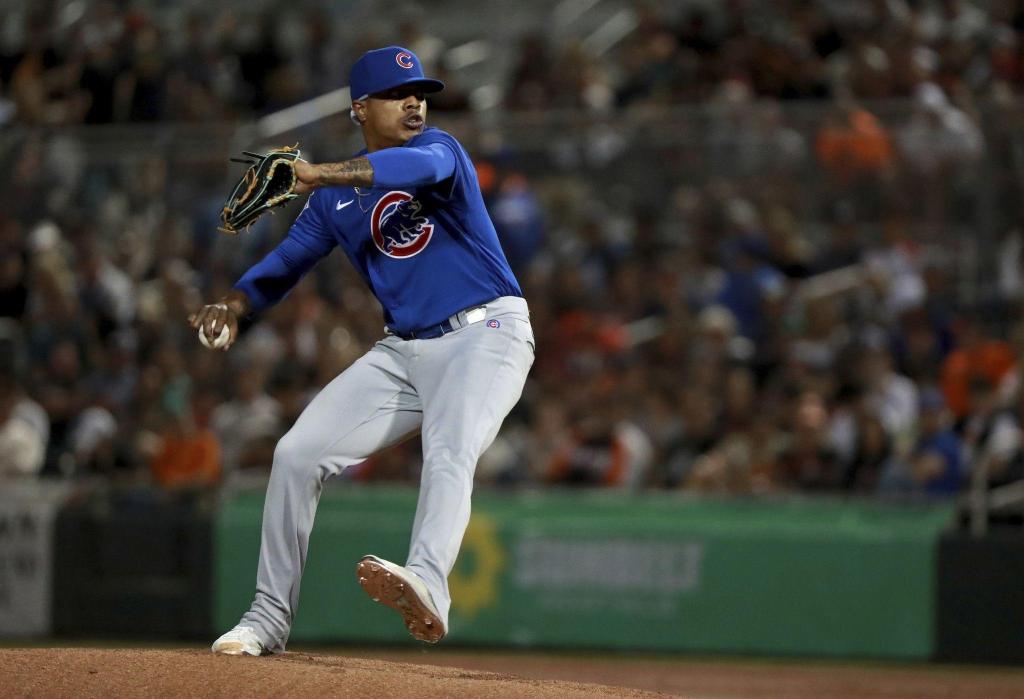 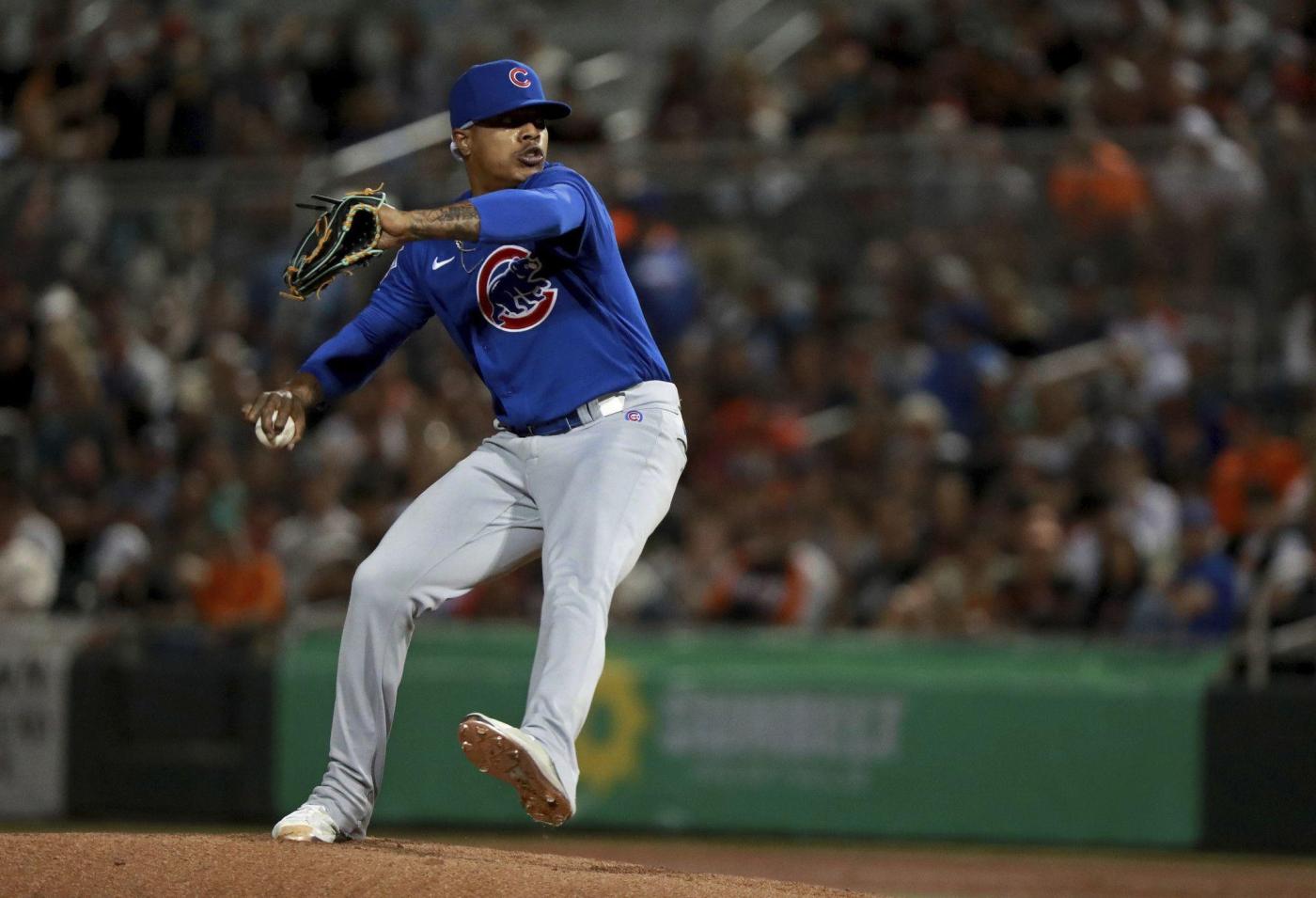 Blustery, cold weather Tuesday afternoon did not stop Chicago Cubs pitcher Marcus Stroman from partaking in his regular between-starts routine during batting practice before a game against the Tampa Bay Rays at Wrigley Field.

Stroman, sporting lime green Nikes, positioned himself at shortstop, ready for any BP balls hit his way. He leaped in the air at a liner shortly after trying to run down a ball in shallow center field.

Stroman takes pride in being an athlete, not just a big-league pitcher. It’s part of a purposeful approach to how he prepares his body to take the mound every fifth day.

“I feel like a lot of pitchers become pitchers, and when you do, you kind of lose your athleticism and become like a robot,” Stroman told the Tribune. “I truly believe that being an athlete … converts to being a great pitcher — being able to have repeatable mechanics, being able to make adjustments in game. When you’re an athlete, all those things happen much easier.”

Stroman frequently discussed this topic with New York Mets right-hander Jacob deGrom while they were teammates in 2019 and 2021. Stroman referenced deGrom’s stellar mechanics and said the two-time Cy Young Award winner always preached the importance of being an athlete.

“I‘m someone who’s an athlete first, not a pitcher,” Stroman, 30, said. “I make very good in-game adjustments because I’m an athlete. And at the end of the day, I go out there and just perform. I don’t think at all when I’m clear out there. I’m just in space and I’m moving. I think that’s when I’m at my best.”

Stroman, who signed a three-year, $71 contract with the Cubs in the offseason, still was trying to find that consistent rhythm ahead of his third start Wednesday against the Rays. He showed signs of it in his Cubs debut when he allowed one run and two hits in five innings with three walks and three strikeouts, but he gave up five runs in four innings in his second start. When he is locked in, Stroman can go on a run of quality starts.

Growing up in Medford, N.Y., on Long Island, baseball was Stroman’s third-favorite sport. He ranked it behind basketball and football with soccer also among the sports he played.

But he realized he could go the furthest in baseball, ultimately getting a scholarship to Duke, where he became the first Blue Devil to be drafted in the first round. It was there he met Nikki Huffman, who later was part of the team that oversaw his recovery from ACL surgery in his left knee after suffering the injury during 2015 spring training with the Toronto Blue Jays. Huffman now trains Stroman, and he credits her for helping him learn about his body.

Stroman understands how everything should move and what he needs to do when something feels off. He compared himself and Huffman to scientists who are always tinkering and learning. The key, Stroman said, is they always are pushing the needle and never get complacent.

“She knows my body better than me, like, I can’t even put into words how thankful and lucky I am to have Nikki in my corner,” Stroman said. “I wake up every day and tell her how my body’s feeling essentially, and she puts a program together daily. She’s huge for my development.

Aside from the biomechanics, Stroman trains his body and wants to be balanced. As a right-handed pitcher, a lot of his movement and delivery is right-side dominant. So anything he does with the right he mirrors with his left. That includes boxing left-handed and going through his pitching motion lefty. If he throws, say, 100 pitches in a start, by the time he gets to his next outing, he will try to go through his delivery 100 times left-handed.

Stroman believes this mirroring approach allows for better recovery and is why he was able to go from zero innings pitched in 2020 — when he opted out of the season because of COVID-19 concerns — to 179 innings in 2021.

“As athletes, we’re always going one way so we never unwind,” Stroman said. “We never go the other way. And when you do and when you start to really become a balanced athlete, it allows you to go the way that you go way better, more efficient, way more stable.”

When a pitcher is described as athletic, the first thought might be someone who moves well on the mound and fielding the position. But the descriptor entails more than that. Cubs pitching coach Tommy Hottovy points to how players who fit that mold, like Stroman, are under control but then explosive at the end of their delivery.

“To the average fan it may look like you’re just grinding through an outing and you could be mechanically out of whack but so athletic that you can get yourself in a decent enough place to execute pitches,” Hottovy told the Tribune. “And that’s what’s made him so good over his career. He’s got such an insane ability that no matter where he is mechanically, he can go execute pitches.”

There are times, though, the Cubs don’t want Stroman relying solely on his athleticism, instead focusing on the little things within his delivery to get him in a good position consistently.

“Then all of a sudden that athleticism picks up even more because now you’re in a good position to throw and you’re explosive,” Hottovy said. “But it’s just fun to be able to talk to him about how in tune he is with his body.”

When Stroman is locked in mechanically, he mixes in a hesitation or hitch in his delivery. He flashed the delivery quirk in bullpen sessions and during an April 3 simulated game in Mesa, Ariz. While Stroman still is working to get to that level of consistency, he expects the work he has put in to yield those results.

“I wouldn’t do that if I wasn’t feeling good,” Stroman said. “I try to focus on my mechanics when I’m not. But when I feel good, all the variations start to come out. (It’s) something I’ll definitely mess with as the season progresses and you’ll definitely see a lot of.”