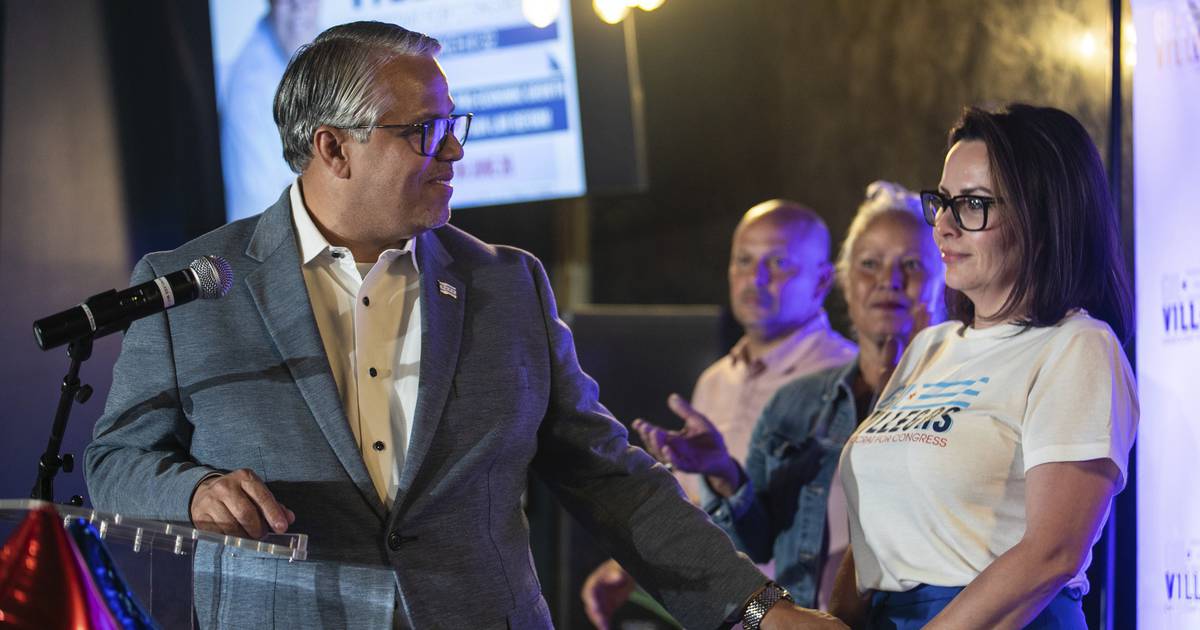 They saw themselves walking the halls of Congress, wearing judges’ robes or smiling in portraits at driver’s license offices across Illinois.

But with one exception, the six Chicago aldermen who tried to leave their jobs on the City Council for other elected gigs failed in Tuesday’s primary, leaving them to reexamine their political aspirations while remaining in a job that many privately grumble isn’t fun anymore.

While this primary cycle had new opportunities to rise up the political ranks thanks to decennial redistricting and retirements, City Hall insiders could not recall an election in recent history when so many sitting members of the council ran for higher office. Two aldermen — and possibly more — are also looking to move up by challenging Mayor Lori Lightfoot in 2023.

The circumstances of each race varied, but Tuesday’s losses and the attempted exits raise questions: Are aldermanic power and the ward organization waning? Are the aldermen part of a post-pandemic reshuffling of professional priorities? Or simply unhappy working with Lightfoot’s administration? And is the job title more sullied with voters than in years past?

Former 49th Ward Ald. Joe Moore, who in 2000 unsuccessfully ran for clerk of the Circuit Court, can name roughly a dozen others from his time in politics who couldn’t make the jump. That includes Ald. Edward Burke’s run for Cook County state’s attorney in 1980, Anthony Beale’s run for Congress, and Ameya Pawar’s abandoned run for governor in the 2018 cycle.

One barrier to higher office for aldermen is that their constituencies are small and their reach relatively limited.

A ward is “one-fiftieth of the city. Then if you’re really, really, really lucky, only about 40% of that base hates your guts,” Moore says. And while that remaining 60% might approve of their own alderman, other voters “think as a general rule that aldermen are clowns, incompetent and corrupt.”

Multiple City Hall sources chalk the sprint for the exits up to the same thing: low job satisfaction. Collegiality among aldermen and between the council and the mayor has faded, making it more difficult to pass meaningful legislation. Ribbon-cuttings for major projects have similarly slowed since the days of Mayors Daley and Emanuel, starving aldermen of a chance for recognition and tangible benefits they can point constituents to come Election Day.

And Lightfoot’s frequent criticism of aldermanic privilege and personal fights with council members do little to improve their standing. Nor does the indictment and conviction of former and sitting aldermen.

The City Council is rarely a perch that lends itself to higher office. There are exceptions: Luis Gutierrez, Bill Lipinski and Bobby Rush all made the jump straight from alderman to the U.S. House, and Toni Preckwinkle ascended to Cook County Board president.

Ald. Gilbert Villegas, 36th, had his sights set on Washington too, but was trounced in the race for the new 3rd Congressional District on the Northwest Side. The winner, State Rep. Delia Ramirez, outperformed him by about 40 points, according to unofficial returns.

Villegas blames a number of factors for the loss: low turnout of moderate voters, difficulty campaigning in a much larger district, the influence of outside money, and the Supreme Court’s decision on abortion likely driving up turnout among women who wanted to vote for a woman.

But he also noted that ward organizations are a shadow of what they once were.

“An alderman back in the ’80s or ’90s had the ability to have precinct captains, the ability to bring out the vote. It’s not like that anymore,” he said. Those precinct captains of old often got their city jobs — or jobs for their family — with an alderman’s support and worked hard on Election Day to keep their jobs. Vaunted operations run by formal or informal political families are dwindling away. Field workers of today are more frequently members of unions who have endorsed the candidate or are associated with ideological groups.

Ramirez benefited from fervent progressive support, including from the Chicago Teachers Union and a group of elected officials and activists aligned with U.S. Rep. Jesus “Chuy” Garcia.

As head of City Council’s Latino Caucus, Villegas recently led an unsuccessful push to draw more majority-Latino wards in the city’s new map. When his efforts failed and a majority of the council instead backed a map supported by most of the council’s Black Caucus, Villegas was left with an 8-mile-long ward shaped like a teeter-totter.

Villegas does plan to run for reelection next year. “I am running for alderman, because the people want me there,” he said.

Ald. George Cardenas, 12th, was the exception to the rule this year, winning a seat on the Cook County Board of Review, a tax appeal panel. He agrees with Villegas that the nature of field operations has changed, and a vacuum of precinct workers has been filled in part by labor and activist groups.

“The new power brokers are these organizations instead of the individuals that make decisions locally,” Cardenas said.

He has not yet established a timeline for leaving the City Council. He is unopposed in November, and his exit will give Lightfoot the opportunity to make her third aldermanic appointment.

Cardenas said redistricting offered him an opportunity to run in a Latino-leaning district, but he also acknowledged being on the council isn’t as fun as it used to be.

“I’ll leave to each alderman to say what they want about that. For me, I looked at the opportunity. I’ve served three different mayors. It’s a tough environment” between the pandemic and recent debates in council over police accountability and public safety.

In the race to succeed the retiring Rush, another member of council came up short. Third Ward Ald. Pat Dowell placed second in a crowded Democratic primary field but was still 9 points behind winner Jonathan Jackson, of one of the remaining local political family dynasties. Dowell started this election cycle running for Illinois secretary of state, but dropped that bid in January when Rush announced he was retiring from Congress.

Dowell did not respond to a request for an interview, but in a statement said she looked forward to continuing to serve as alderman and working with Jackson “to ensure that we get our fair share of resources.” She’s served on the council since 2007 and holds one of its most powerful positions: budget chair.

It would have been difficult for anyone to run a successful statewide campaign against two candidates as well known, broadly endorsed and well financed as David Moore’s opponents. But he blames big money for his loss and notes it was especially difficult to campaign around the state while still running a ward office, attending committee hearings and holding meetings with constituents and developers.

His loss had “nothing to do with the mayor” demonizing aldermen, he said.

“That type of thing has been going on since Operation Silver Shovel,” Moore said of the sweeping anti-corruption probe in the 1990s that led to several aldermen being convicted. “People see who we are individually.”

Moore plans to run for alderman again in 2023.

Despite having the seal of approval from the Cook County Democratic Party, a law career spanning three decades and across-the-board positive ratings from local bar associations, 21st Ward Ald. Howard Brookins was trailing in his bid for a judicial seat on the Cook County Circuit Court behind Lisa Michelle Taylor, an attorney also recommended by local bar associations.

“It’s hard to beat a woman in Cook County in a judicial race, especially when there’s only one in the race and there’s two guys,” he said.

Brookins did not commit to running for another term on the council. “If I don’t win, I’m pretty sure that I stay until May when the term is over. But I don’t know.”

He’s currently fighting a city board finding that his defense of clients in criminal cases involving the Chicago Police Department violated the city’s ethics ordinance.

“I firmly believe in citizen legislators. When you hear me talk about issues, the red-light cameras and what administrative hearing officers are doing, how they’re treating people, what the police are or aren’t doing when they arrest people — I can’t go toe to toe with the administration without practicing law. … If that’s an impediment to practicing law, that’s a factor” in a possible exit.

Ald. Chris Taliaferro, 29th, placed second in a two-person judicial race for the 11th Subcircuit. A former police officer and an attorney who has mostly worked on divorce, child support, and domestic relations cases, Taliaferro was about 1,600 votes behind opponent Aileen Bhandari as of Friday, according to unofficial results.

Taliaferro was rated not qualified or not recommended by several local bar associations. According to Injustice Watch, which compiled a guide to judicial candidates, the Chicago Bar Association said Taliaferro is “hardworking and possesses a fine demeanor” but lacked “the depth and breadth of legal knowledge and practice experience” to be a judge.

Bhandari was highly recommended by legal groups — a contrast with Taliaferro she played up in campaign mailers — and has spent most of her career at the Cook County state’s attorney’s office. Taliaferro has been alderman since 2015. He did not respond to a request for comment.