Chauvin jury back up to nine jurors after two jurors dismissed 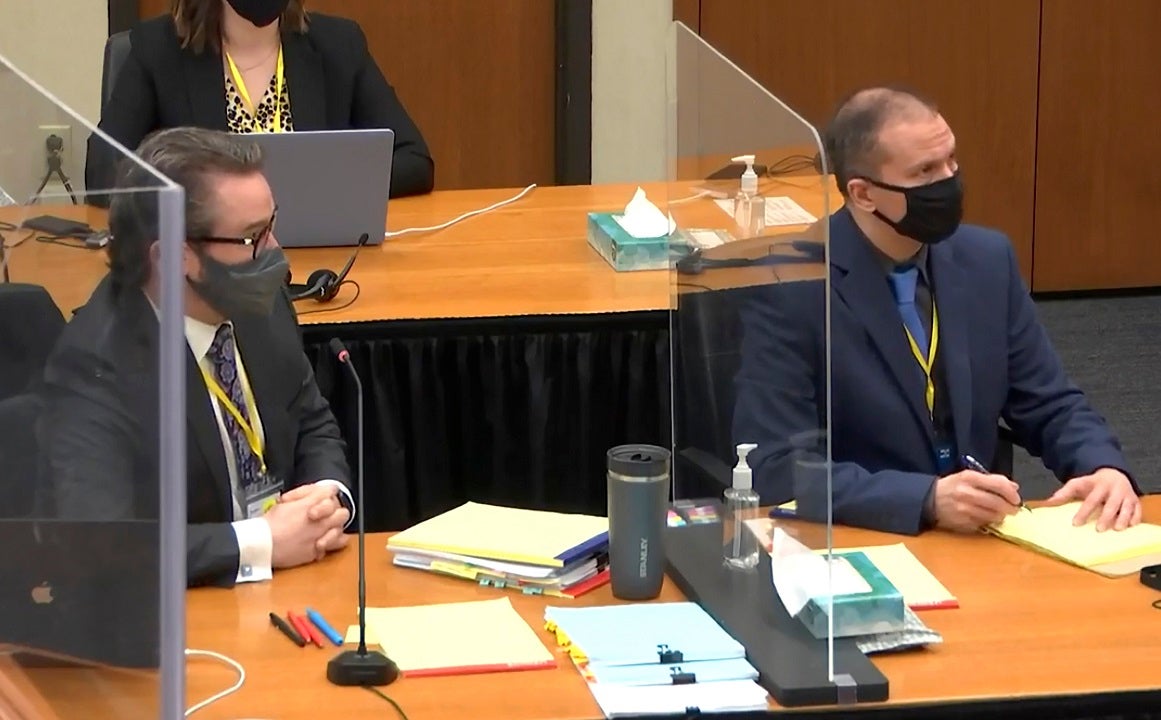 The jury in the trial for former Minneapolis police officer Derek Chauvin was back to up to nine members by the end of court Wednesday after the pool was briefly shrunk earlier in the day.

Hennepin County District Judge Peter Cahill removed two seated jurors after they said they had knowledge of the city’s $27 million wrongful deatrh settlement with the family of George Floyd. They admitted the news could impact their impartiality.

Now, seven jurors are in the midst of being recalled for questioning over the settlement.

By the end of the day’s proceedings, two new jurors had been seated to replace the pair that was removed. Five more are needed to form a full jury — three to deliberate and two alternates — so opening statements can begin March 29.

One of the new jurors is a Black man in his 40s who said he works in management and has lived in the Twin Cities area for about two decades after immigrating to America. The second member empaneled is a white woman also in her 40s, who works as a consultant helping companies work through transitions.

The man said he had a neutral view of Chauvin, and could start with a presumption of innocence. He said he trusts the police, but that it would be fair for a jury to evaluate the officer’s actions.

The woman said she agreed that police don’t always treat White and Black people equally, but that she has a pretty strong faith in the police in her community. She noted that it is important for people to cooperate with the police.

“I’ve probably been taught or learned along the way that you respect police and you do what they ask,” she said.

Of those who were excused, one was a substitute teacher who said her income would be impacted if she were seated. Another was a man who is employed by a software company that works with a major news organization. While he generally tried to avoid the news as previously instructed, he comes across news headlines about the case while at work.

Cahill said he will consider defense attorney Eric Nelson’s request to delay or move the trial and another to admit evidence from a 2019 arrest involving Floyd.

He said he will rule on the matter Friday.

The judge opened court Wednesday by threatening to remove a media pool and shut down a media center. A visibly angry Cahill described a pool report that included a reporter’s attempts to read notepads at the defense and prosecution tables and described security in the court where the trial is taking place.

Cahill said any media that posted details about security should take them down or risk being kicked out of the media center. He did not name any reporters or media organizations.

Big gaps in quest to sequence genomes of all animals — ScienceDaily