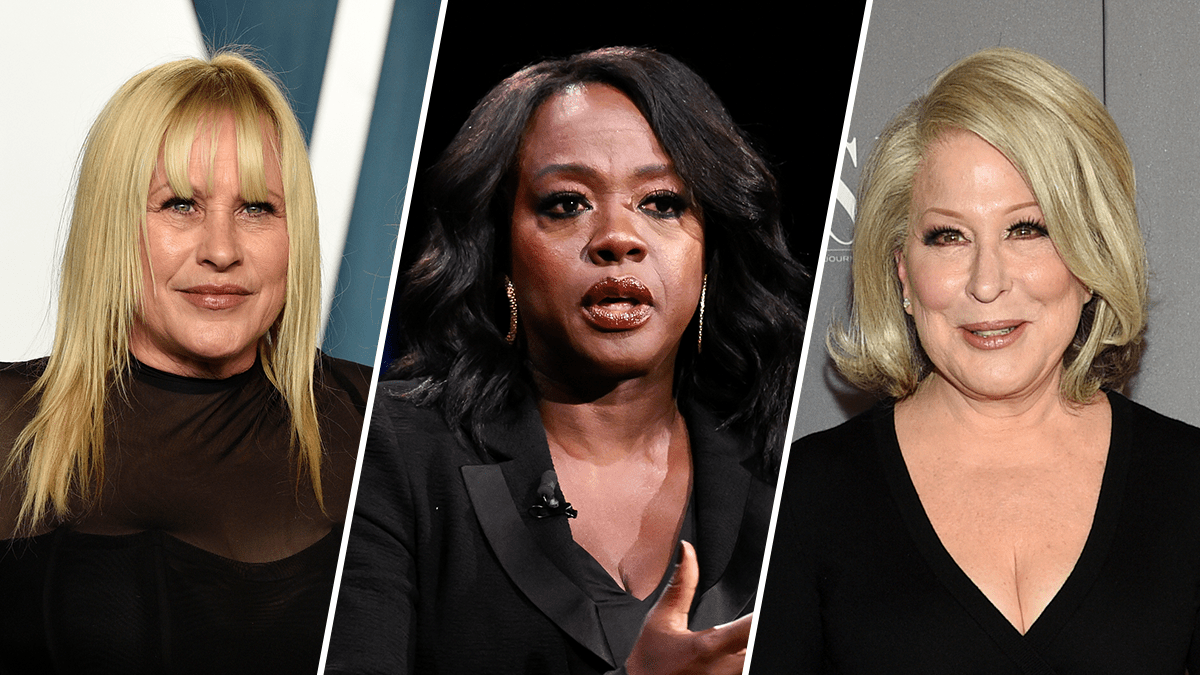 “They did it. THEY DID IT TO US! #SCOTUS has overturned #RoevWade, enshrined in the Constitution as settled law for over 50 years. How dare they? This #SCOTUS is absolutely tone-deaf to the will and even the actual needs of the American people.” — Bette Midler, via Twitter.

“This Supreme Court is an absolute disaster. From giving people the right to carry guns to taking away Women’s rights of autonomy over their own bodies. We weren’t being reactive, we saw it coming. — Patricia Arquette, via Twitter.

“I’m absolutely terrified that this is where we are – that after so many decades of people fighting for women’s rights to their own bodies, today’s decision has stripped us of that.” — Taylor Swift, via Twitter.

“It’s very hard to be told by your country that your life that you’re actually living is not as important as some dividing cells.” — Elizabeth Banks, via Instagram.

“This is a dark day in American history. The Supreme Court destroyed women’s right to choose. The result will shatter women’s lives, make children & families poorer, increase the financial burden on men & erode the American economy. This is a terrible tragedy for all of us.” — Aisha Tyler, via Twitter.

“Gutted. Now more than ever we have to use our voice and power! WE the people. — Viola Davis, via Twitter.

“Not too long ago, this would have been dystopian sci-fi. But the legacy of the 2016 election and the indelible mark of the GOP is printed here in black and white. How much farther this will go once again depends on American voters. Blame extremism or apathy, but this is America.” — Seth MacFarlane, via Twitter.

“Today is hard, but we are not done here because in this country the conversation and fight for our civil rights will always continue. Equality for all, not just for some. Stand together with those who need our help most right now.” — Cyndi Lauper, via Twitter.

“What a sad day for this country. Guns for everybody and no reproductive rights. Twisted. Twisted.” — Andy Cohen, via Twitter.

“It’s the best Supreme Court the 19th Century has yet produced.” — Stephen King, via Twitter.

“Today’s Supreme Court ruling overturning #RoeVsWade will have deadly consequences, with the harm falling hardest on people of color who already face disproportionate discrimination in our country and grapple with a severe maternal mortality crisis.” — Alyssa Milano, via Twitte r.

“AMERICA, IF you have NEVER VOTED, NOVEMBER is YOUR choice.” — Henry Winkler, via Twitter.

“Yeah, ain’t NOBODY telling me what I can & can’t do with my body. Ain’t nobody telling me who I get to love or marry for that matter. America… you’re in for the fight of your life.” — Ariana DeBose, via Twitter.