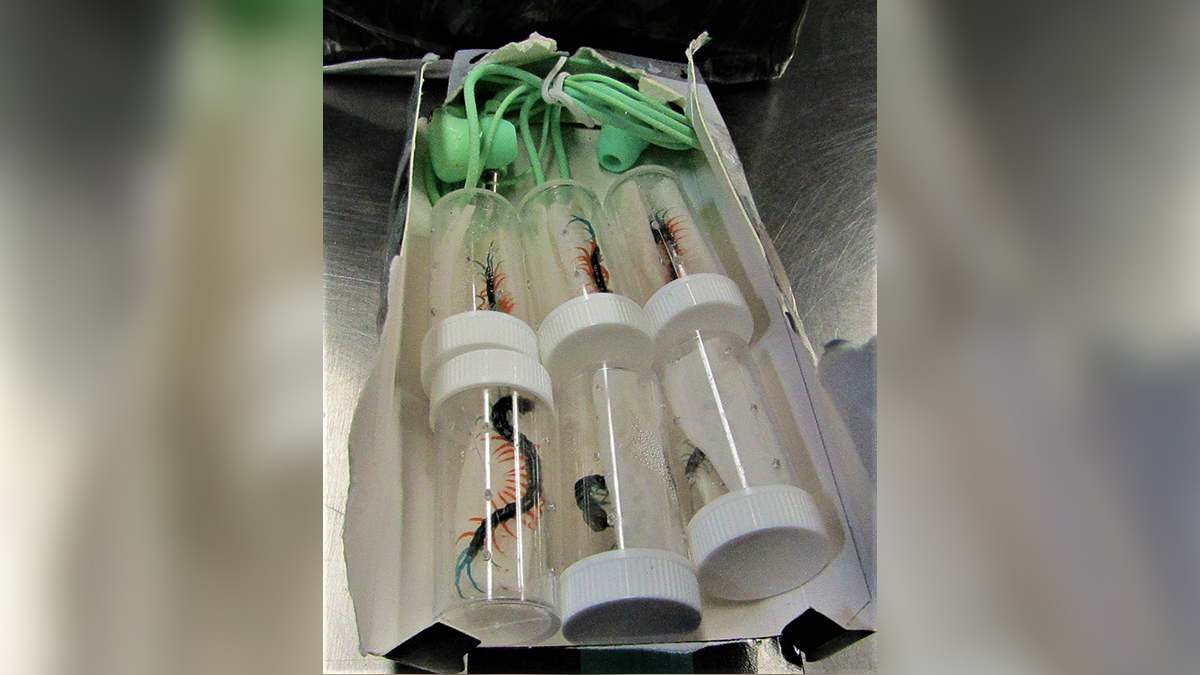 Live centipedes labeled as “earphones” and dried sea cucumbers declared as “dried food” were seized by the Customs and Border Protection Los Angeles Field Office in what it says is a representation of a huge increase in contraband coming by air, sea and ground shipments.

These are items that are undeclared or labeled as something different.

Some of those items:

May 3: Plants for propagation

The agency said the danger in transporting pork is the worry that products infected with African Swine Fever would spread in the U.S.

The office said the ruminant noodles, swine sausages, and plants were destroyed, while the live centipedes and the dried sea cucumbers were handed over to the U.S. Department of Fish and Wildlife.