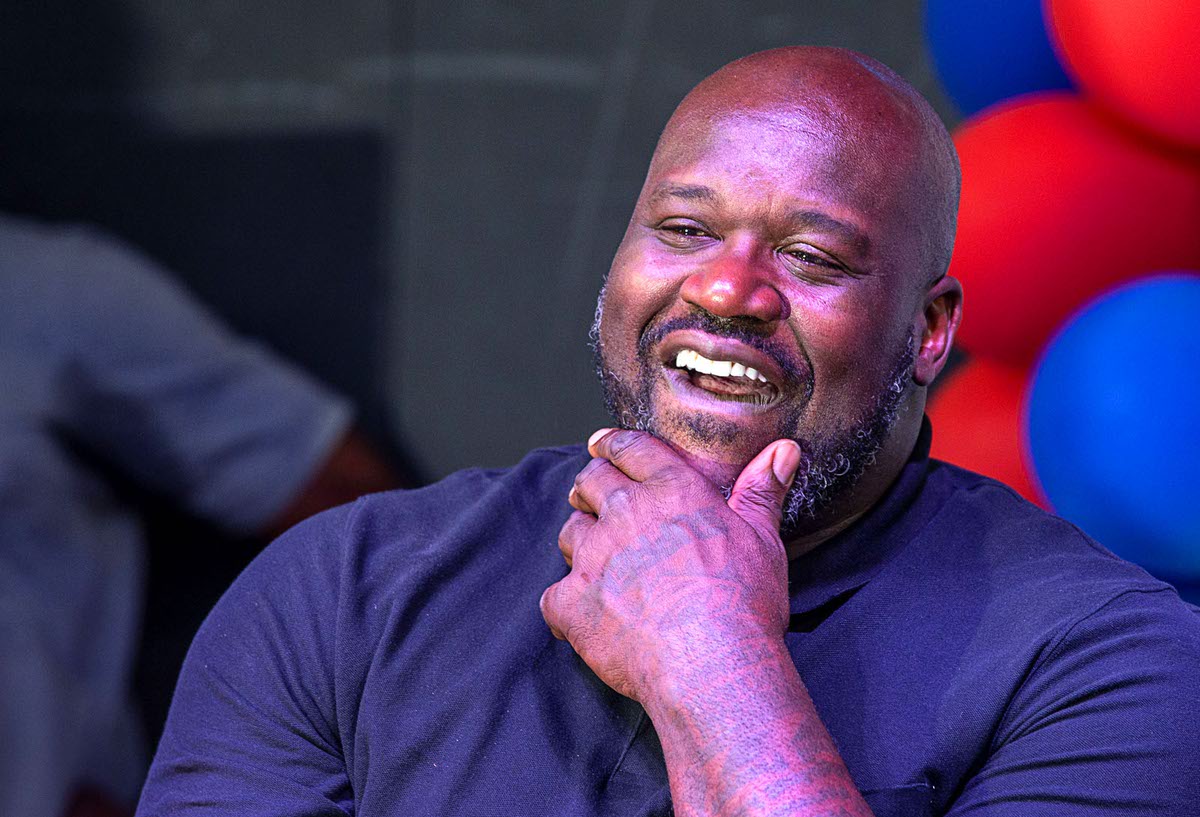 Shaquille O’Neal may have retired from the NBA more than a decade ago, but he’s still making plenty of moves. Between DJing in Las Vegas clubs (and worldwide EDM festivals), backing the wildly popular fast-casual chain Big Chicken and pioneering The Shaquille O’Neal Foundation, the man with four championship rings is at the top of his game.

On October 1, he’ll bring his second annual fundraising gala, The Event, to MGM Grand Garden Arena with a live auction, dinner and special guest performances. Ahead of the event, the Weekly squeezed in a few minutes with the basketball legend to talk favorite projects, why he enjoys DJing and what he thought of the Las Vegas Aces’ championship victory.

Your first gala raised about $2.8 million. How do you intend on living up to that this year? I feel like you set a really high bar. We did. But listen, I’m very excited for our foundation’s second annual event on October 1 at MGM Grand Garden Arena presented by Pepsi Strong. This year, we have another impressive lineup. It’s a fundraiser, but it’s also a concert. We don’t want to just come and talk, talk, talk, talk, talk. We want you to have a good time, bring your wives, bring your girlfriends, whatever. So we’ve got H.E.R. We’ve got Pitbull. We’ve got Maroon 5. We’ve got Maren Morris. We’ve got John Mulaney. This will no doubt be the biggest fundraiser of the year.

The mission of my foundation is to help underserved youth achieve their full potential. We’re partnering with two great organizations, Boys and Girls Club and Communities In Schools. Those two organizations are close to my heart. But why Vegas and Atlanta? Because this is where the kids see me. This is where I live at. … I’m in Vegas 50-60 times a year, I’m in Atlanta nine months out of the year. So I definitely want to help the underserved.

You’ve done a lot of work in a short amount of time with your foundation. What’s one of the most rewarding projects you’ve worked on so far? When we opened up some basketball courts on the rough side of Vegas. I got people [giving] mad thanks. I wasn’t familiar with the area. I was actually just riding around one day, and I saw the courts needing to be refurbished, so I made the call. As long as I can make people smile and make people have a bright day, that’s what I’m all about. I don’t care about credit. I don’t care about interviews. I don’t care about going viral. If a little kid can go and play on the court, play safely, get his game on, and hopefully become a high school star on a court that I helped build, I did my job.

Vegas is a home base for you. What was your reaction to the Las Vegas Aces bringing home our first pro sports title? That A’ja Wilson is a bad young lady. She don’t play. I’ve been around her a couple of times. [She’s] beautiful, smart, plays with tenacity, plays the game like it should be played. I knew at some point she was going to win. And Kelsey [Plum], everybody loves Kelsey and the way she plays. Their coach [Becky Hammon], I was happy for her. I wish I could’ve attended some of the games, but I was definitely happy for them, and now they’re over everybody.

Do you feel like we’re ready for an NBA team in Las Vegas? I think the city could sustain it. People always talk about NBA teams. Any NBA team that doesn’t have a marquee player is going to struggle a little bit. … But if we could buy an existing team or get a new team and bring multi-marquee players here, a big-name player here in Sin City, Vegas would go crazy.

You’ve been performing as DJ Diesel here and recently performed at EDC. Which DJs are hot to you right now? Have you been working on any new music? I’ve been working on a lot of music. All the DJs are hot. My reasoning for DJing is probably different than any other DJ. When I played, I’d come in and see you and your mom, your dad and your brother, corporate people, a school bus full of kids who believed in me, and that gave me the power to be superman. So when I stopped playing, I didn’t have that. … I went to a concert called Tomorrowland and there were 500,000 people. That whole feeling just entered my body again.

I’ve been DJing since ’88. … I went through the struggles of being a DJ because I didn’t want to just come in and bust up at the top, I wanted to gain respect. Being a DJ, you’ve got to know how to rock the crowd. I never know what I’m gonna play until I look at the crowd. The advantage I have is that I got smarter people. I got great engineers. I got my kids to tell me what’s hot and what’s not hot, because I like to play a lot of older stuff. That’s not gonna work. When you pay your money to see me perform, I gotta give you a great show.

Anyone on the gala lineup you’re most excited to see? H.E.R. is gorgeous, can’t wait to see her. Pitbull. Just everybody. I want everybody to come and have a good time. Last year we raised a lot of money, so I want people to open their hearts and open their wallets. And 100% of the proceeds go to where I say they go. … If we make 2.8 [million], 2.8 is getting put out. Plus whatever else I want to put on top personally. That’s how my foundation runs. … It ain’t no sucka stuff.

Trump rebuked for call to suspend Constitution over election