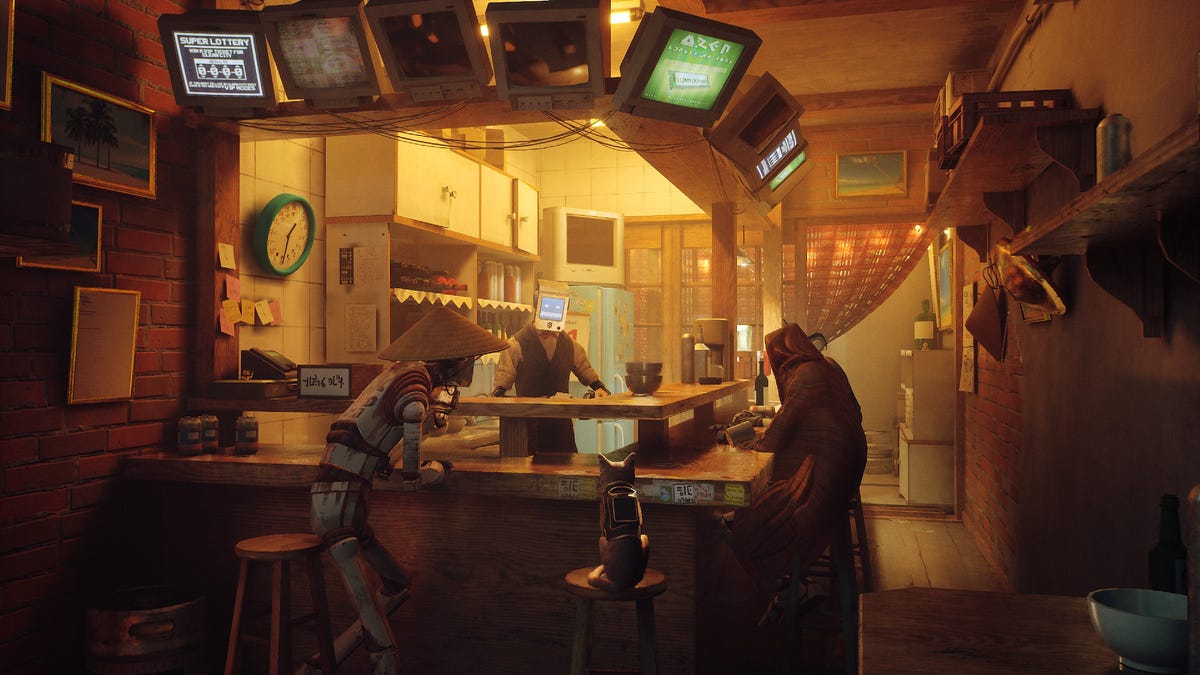 Stray, the game about being a cat in a world not meant for cats, finally has a release date. It’s coming to PlayStation and PC on July 19, publisher Annapurna Interactive announced at Sony’s State of Play showcase this evening.

First announced in 2020 during the official reveal of Sony’s PlayStation 5, Stray is a post-apocalyptic exploration game with a twist: You’re not a human. You’re not an elf or an orc or even a khajiit. You play as an actual cat. The game, French studio BlueTwelve’s debut title, was initially planned for a 2021 release but was since pushed back to a broader 2022 window.

Read More: Give Me The Stray Cat Game Right Now And Nobody Gets Hurt

Stray is largely set in a city abandoned by humans and is instead populated by robotic humanoids. The first look at the game made Stray appear as a placid puzzle-exploration game, but a 2021 trailer showed some more intense segments, including fast-paced traversal and what appeared to be some rudimentary combat.

Also, you can scratch the arm of a sofa—just like a real cat. Awww.

Annapurna Interactive has been on a bit of a tear recently. Last year, it released the recursive puzzle game Maquette (which was part of the “free” PS Plus offerings at launch) and the action platformer Solar Ash, from the makers of Hyper Light Drifter. Earlier this year, the publisher released A Memoir Blue, a heartstring-pulling narrative game.

Stray, however, is the mid-sized publisher’s clear marquee, at least in terms of attention. Can’t say much today, due to embargo agreements, but Kotaku will have more information about it in the coming days and weeks. And now, wrapping up this post before I feel the urge to copy smarmy MSNBC pundits and say something like, “Watch this space,” or whatever.