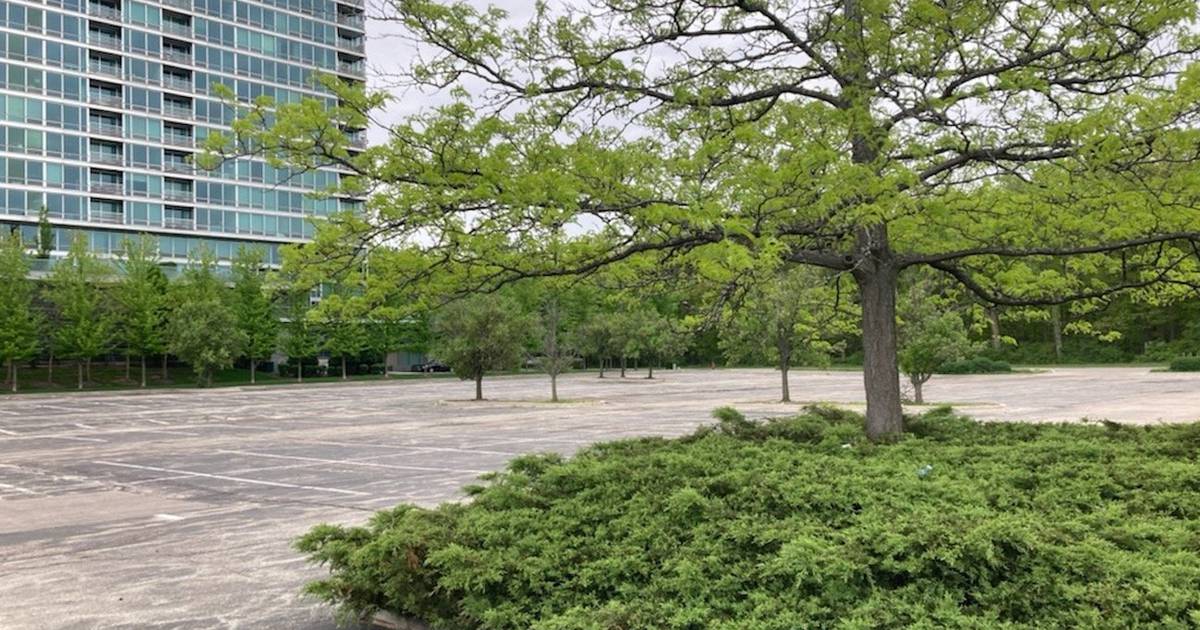 Carvana, the company known for selling used cars out of glass tower buildings, has run into legal and financial roadblocks that cast uncertainty on its plans to build in Skokie. The state of Illinois has stopped it from doing business here at the same time the company announced it is laying off 2,500 employees nationally and cutting spending.

Skokie’s village attorney told the company in a Monday letter to stop work on the 14-story glass curtain wall tower it is building in the 9800 block of Woods Drive.

“We instruct that you do not proceed with any work on the site and that you make no further submissions or have any further contact with the Village of Skokie Building Department until such time as I inform you that you may contact the Department again,” Skokie corporation council Michael Lorge said in the letter.

“The Village will await any notification that the matters have been resolved by the State of Illinois and only then determine if construction can be undertaken.”

He said that during the suspension order, Carvana may not sell vehicles in Illinois, though vehicles that have already been purchased can still be delivered to purchasers. The suspension will remain in place until the issues are resolved, Haupt said.

The changes may delay, or potentially prevent, Carvana from building one of its signature highrise “vending machine” buildings in the 9800 block of Woods Drive near the Harms Woods Forest Preserve. Ann Tennes, a spokesperson for the village of Skokie, said Carvana had not yet broken ground on the building.

In a controversial vote, the Skokie Village Board on Feb. 22 voted to give Carvana the zoning relief it had been seeking from the village to build the vertical used car dealership in what is currently zoned as an office research district and to also allow the company to display more signage than is currently permitted.

In the May 16 letter to the company, Lorge said the village of Skokie has determined that because of the Illinois Secretary of State suspension, Carvana is in direct violation of the village code and of the village ordinance “approving your site plan.”

The temporary suspension by the Illinois Secretary of State Police marks one of two setbacks for Carvana. The company announced it is slashing 2,500 jobs, which is about 12 percent of its workforce, and is reducing spending to try and bring staffing and expenses in line with sales, according to a May 10 story by the Associated Press.

The delay in the Skokie project is likely welcome news to hundred of Skokie residents who mobilized against the Carvana project before the village board’s Feb. 22 vote. Many told the village board that they fear the 14-floor glass curtain wall Carvana tower next to the Harms Woods forest preserve will be a “killing machine” for birds that fly into it.

Residents from the nearby Optima condo complex also said light from tower will flood the area at night, vehicle delivery trucks coming and going will create a noise nuisance, the building could lower property values in the area and that the sales and property tax revenue promised by Carvana are not realistic.

The Village Board’s Carvana vote has already had political repercussions in Skokie. Residents calling themselves the Skokie Alliance for Electoral Reform, which officially launched in April, are initiating a campaign that aims to put three reform questions on the November ballot in what they call an effort to “strengthen democracy in Skokie.” Members of the group said it was formed before the village board’s Carvana vote but that the organization got a lot of new members afterward.