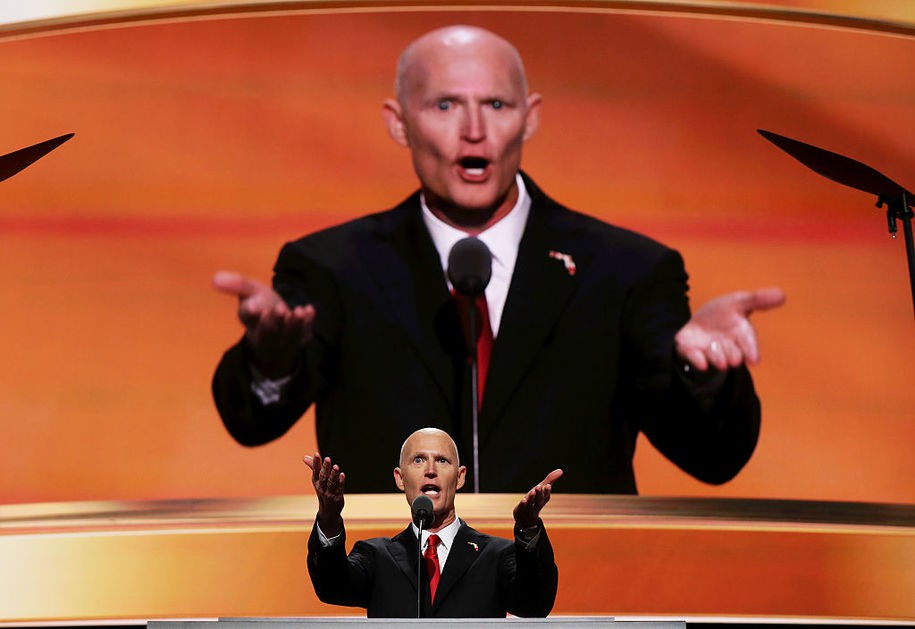 We are all focused on winning back the Senate majority in 2022 and saving our country from the radical policies of today’s Democrat Party. pic.twitter.com/PUclZWXsCx

Yet another installment in the GOP chronicles of, “Can’t live with him, don’t have the mettle to give him the heave-ho.”

So while Trump and Senate Minority Leader Mitch McConnell are still trading jabs over who doomed their Senate majority, Trump bootlickers are begging him to be a team player in 2022 rather than settle personal scores.

Because appealing to the King of Reason is definitely a recipe for success. I mean, what could possibly be more team-y than sending a cease and desist letter to all the GOP campaign committees using your likeness to fundraise?

But Republicans—who are simply too dim to find new ways to appeal to voters themselves—are stuck clinging to a loser. Sure, that loser might try to take a pick axe to the reelection bids of GOP incumbent senators like Lisa Murkowski of Alaska and John Thune of South Dakota, but he’s got that irresistible charisma.

“He brought a bunch of new voters into the party that we want to keep,” said Sen. Marco Rubio of Florida, who’s up for reelection next year and has been keeping Trump close.

Never mind the 80 million people Trump mobilized to come out and vote against him, which proved particularly devastating in former GOP strongholds such as Georgia and Arizona.

“I don’t have the ability to keep someone from winning the primary. That’s something that Pennsylvania Republican voters are going to decide,” Sen. Pat Toomey said.

In the meantime, Republicans are hoping against hope they won’t also be forced to defend open seats in two more states: Iowa and Wisconsin. So far, things are really coming together nicely for their big midterm comeback.