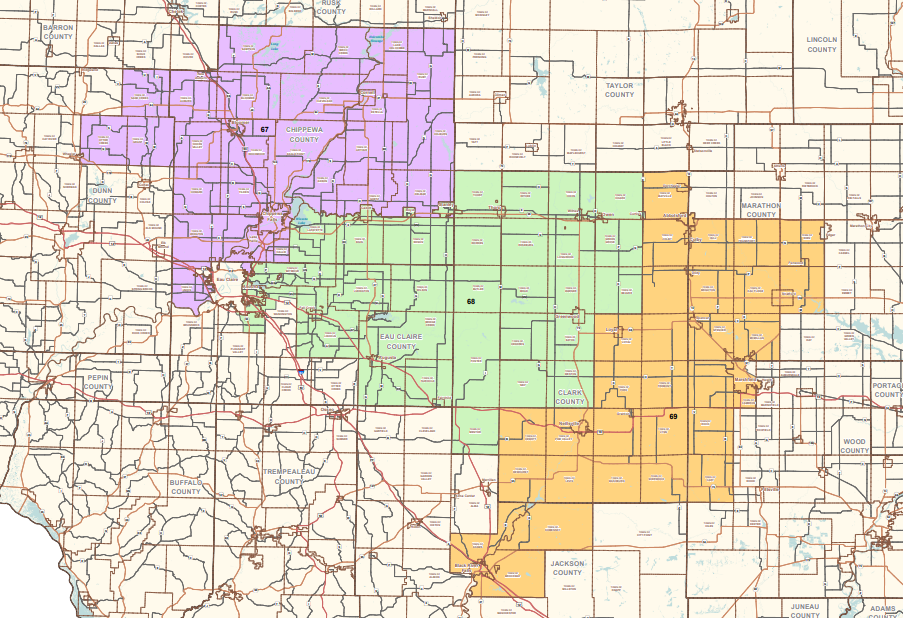 Three candidates are vying for the 23rd Senate District seat in a GOP primary race that will virtually decide who will represent the district.

Sandra Scholz of Chippewa Falls is a retired registered nurse turned home renovator with no experience in elected office. Jesse James, R-Altoona, is the incumbent 68th Assembly District representative as well as a small business owner and part-time police officer.

Scholz, 56, and James, 50, both spoke to WisPolitics.com this week about their platforms. Brian Westrate of Fall Creek, the third candidate, is the owner of an insurance agency. Westrate canceled his interview with WisPolitics.com and has not responded to requests to reschedule.

The winner of the primary will face Democratic write-in candidate Dan Hardy but will appear unopposed on the official ballot. The seat is currently held by Sen. Kathy Bernier, R-Chippewa Falls, but she announced she would not be seeking another term earlier this year after holding the seat since 2018. The 23rd SD contains the city of Chippewa Falls and parts of Eau Claire and Marshfield.

Wisconsin’s 1849 abortion ban came back into effect earlier this year after the U.S. Supreme Court struck down Roe v. Wade. Scholz expressed opposition to any exceptions to the ban including the existing exception for the life of the mother, citing her religion and adding: “I do not believe that we need to do any abortion.”

“I am a Christian and a believer in Jesus Christ. He said that ‘I knew you before you were formed in your mother’s womb’ and ‘thou shalt not murder,’ so I will not support any of that,” Scholz said.

James conveyed support for the 173-year-old ban’s life of the mother exception, saying “we don’t need to touch that” and later suggested that the Legislature should discuss further exemptions for rape and incest.

“Do I have a right as a legislator to say and control what women, what young children, what victims do in their exact case and situation? I don’t believe I have that right,” James said. “I think we need to have discussions, and we need to determine what is in the best interest for all of our Wisconsin female population.”

“Several groups have gone out and have brought forth this evidence that there was massive amounts of fraud in all kinds of areas,” she said, although she failed to mention any examples.

The Wisconsin Legislative Audit Bureau’s examination of Wisconsin’s 2020 election results revealed only four individuals who had possibly voted twice and found no widespread errors made by voting machines throughout the state.

Scholz added that she thinks that “we wouldn’t be dealing with a lot of these issues” as a country if Donald Trump was the president.

James called the decertification debate “partisan politics,” saying he would not vote to decertify the election.

“The president is the president, and he can only be removed by certain measures and recalling the 10 electoral ballots once the sitting president is in place is not possible” James said, although he did express skepticism about the election’s results.

The state is projected to have a $5.4 billion surplus at the end of the biennium, and Scholz said she wants to see the money returned to taxpayers through long-term tax cuts.

“I’m all about decreasing taxes,” she said.

James said he would use that money on a combination of things, including long-term tax cuts, but also returning some money to taxpayers now through rebates and investing some of the funds in state projects. He said the Assembly should “wait for the budget bill to come forward and make decisions at that point collectively as a Legislature.”

Scholz was doubtful about a temporary suspension of the gas tax as a remedy for high gas prices, saying “it’s not a good thing either way” and that she’s glad gas prices have fallen in recent weeks.

James agreed, saying “gas prices are going to be what they’re going to be”. He said that he sees the issue as something which should be solved “at the national level.”

“We need to do everything … so that America is energy independent and not depending on other countries,” James said.

Both James and Scholz expressed a wish to work across the aisle.

“I do believe that we need unity. And there is a lot of division between both parties,” Scholz said.

“But I do believe that we need to do what is right and to stand up for what is biblically sound, good morals, and good values,” she added.

James expressed a wish to work in bipartisan fashion in the Assembly, saying with any policy issue “we need to entertain discussions, have an open mind, [and] be willing to negotiate and compromise.”

“I think it’s a failure on our part that we can’t even talk about the issues,” he said about Republicans and Democrats, adding that in his mind the constituents “want to see us working together.”