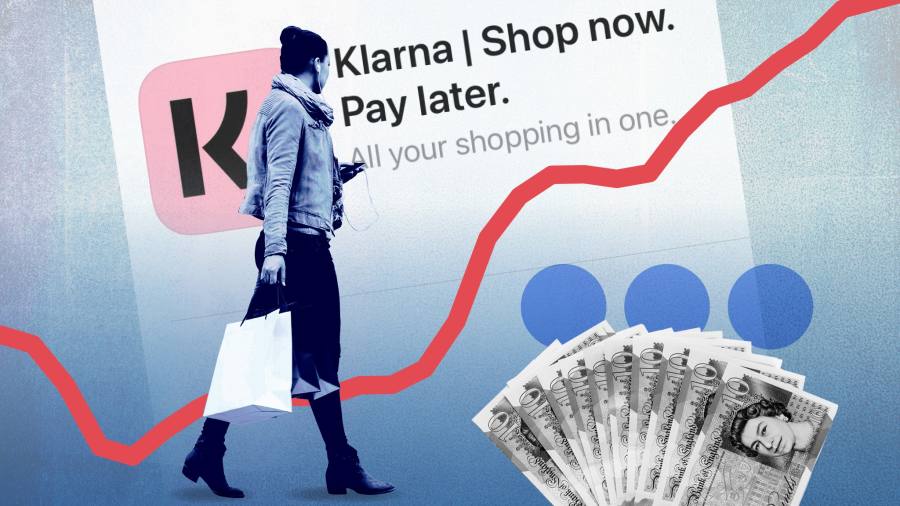 When Julie first turned to buy now, pay later schemes in January, it seemed an obvious choice to handle bills. “Kids grow fast,” she says. “Splitting a payment into three chunks made sense so I could spread the cost of some new school uniforms.”

By the time the Scottish care worker, who asked not to give her full name, had paid that off, another bill had arrived for a school trip. She used buy now, pay later for that too, and for her energy bills and groceries as prices soared. When she missed a £5 payment, however, the provider charged a £6 fee, she says. By the time she approached a not-for-profit community lender, Scotcash for help, she was facing charges of £325 on top of a buy now, pay later debt of £400.

The phenomenon of buy now, pay later was supercharged by the ecommerce boom in the pandemic, and has become ubiquitous in retail, making household names of companies such as Swedish payments group Klarna — the most valuable private fintech start-up in Europe at its last fundraising round in July 2021.

Yet the sector’s business model is under intense pressure. High energy and household prices are causing consumers to tighten their budgets, hitting overall spending but also heightening concerns that people using buy now, pay later will be less able to maintain payments. At the same time rising interest rates threaten to push up operating costs and allegations of insufficient transparency about debt and fees risks provoking a regulatory backlash.

Klarna is cutting its workforce by 10 per cent amid speculation that it is raising money at a significantly lower valuation. And with the share prices of some publicly listed companies down as much as 90 per cent over the past year, the sector is about to find out whether the promise of easy credit for retail therapy can survive the cost of living crisis.

The lure of interest-free money

The attraction of such buying schemes is simple: they allow consumers to delay or split the cost of purchases without paying interest unless they miss payments. Some providers, including Klarna, have even done away with late payments or interest charges. For those with poor credit ratings this is especially tempting, say critics, but the companies argue that they are safer for users than alternatives such as high-cost credit cards.

Virtually all sizeable clothing and footwear retailers now offer a version of buy now, pay later as a payment option. In Australia, where a number of providers have gone public, it accounted for one in every five online clothing purchases in 2021, according to data provider RFI Global.

Some providers, including London-based Zilch, allow consumers to use it to pay for groceries and electricity bills, though others steer clear of such core spending.

Retailers pay the companies a commission just as they would pay debit and credit card providers an interchange fee.

The ease of use and integration with sectors such as fashion has been core to the rapid growth of the sector. Researchers estimate that the UK market was worth £5.7bn in 2021, more than double the figure calculated by the Financial Conduct Authority for 2020.

Although still only a few per cent of the overall credit market, its expansion has pushed high street banks and digital challengers to design similar products to compete. “Banks are terrified of the loss of their retail credit card books,” says Behzad. “[The value of]credit card books grow at 1 or 2 per cent a year, while buy now, pay later has been growing at 20 per cent.”

Critics argue that not all consumers understand that what they are getting into is a form of debt. “It’s so convenient and put across so casually, it’s not made to seem like a big deal,” says nursery worker Chloe, who first used the payment system when she was 17, accumulating debts of £5,000 between credit cards and buy now, pay later before she turned to debt charity StepChange — which drew up a repayment plan — for help.

In response to criticism, Klarna last year announced measures including new wording to make it “absolutely clear” to customers that they were being offered credit.

But with soaring energy bills and higher inflation, demand for credit is increasingly being driven by consumers with limited cash flows, says Sulabh Agarwal, global payments lead at Accenture.

At the same time the number of options available to those with poor or limited credit histories has shrunk. In the UK, subprime lenders that flourished in the wake of the 2008 financial crisis have struggled in recent years following a flurry of complaints. Payday lender Wonga collapsed in 2018, while Provident Financial closed its “high cost” credit business last year.

Half of those with buy now, pay later loans in the UK say they find it hard to keep up with household bills and credit repayments, according to polling commissioned by StepChange, compared with a general average of 30 per cent. It is not isolated to the UK. A survey of 11,000 respondents by the US Federal Reserve found that of the 10 per cent who said they had used the product over the previous year, over half said it was the only way they could afford their purchase.

Klarna says it is “well placed to support consumers in managing their cash flow without passing increased costs on to them”, noting that its business model is funded by retailers rather than customers. It says that it conducts affordability checks on every purchase to help avoid “the debt trap of revolving credit and high interest charges”.

But while such schemes can be a useful tool for consumers who are able to keep up with payments, those who fall behind may find themselves penalised. “You end up layering debt when you can’t make these payments,” says Chloe, who asked not to be identified.

James Wilkinson, head of lending and risk at the Fair for You Community Interest Company, says that the number of buy now, pay later transactions among applicants has nearly doubled since October, when the UK government ended a £20-a-week payment to those on welfare benefits, which was introduced at the start of the pandemic.

All of this suggests tough times ahead for these payment businesses, says Benedict Guttman-Kenney, a doctoral candidate at the University of Chicago who co-authored a paper on buy now, pay later purchases using credit cards. “Whether it’s a recession or not,” he says, “reduced sales and lower spending is going to reduce margins, and then people having less money left over will push up defaults.”

Klarna, which until 2019 had been profitable, reported operating losses of $748mn for 2021, stemming partly from the higher credit losses from underwriting new and unknown customers compared with return consumers with payment records. It said that overall losses were less than 1 per cent.

Amy Gavin, senior strategist at fintech consultancy 11: FS, says that in general buy now, pay later providers are reporting much higher bad debts than credit cards. She cites data from payments intelligence company Fraugster estimating that for every $1bn of transaction volume, the buy now, pay later providers have to write down an average of $19.2mn in bad debt, compared with $270,000 for credit card companies.

Michael Taiano, senior director in the financial institutions group at rating agency Fitch, says that while defaults are coming from historic lows, data from the credit card market show that it can take between 12 and 18 months after an account is created for peak defaults to appear.

“If that happens [in buy now, pay later] at the same time that growth is slowing,” adds Taiano, “your loss rates are going to go up a lot.”

The broader macroeconomic environment, and in particular higher interest rates from central banks seeking to combat rising inflation, offers an additional challenge to companies in the market. “We’ve had 10 years of rock-bottom interest rates,” says Behzad. “When they rise, buy now, pay later starts having a higher cost of funding.”

Klarna insists that rate rises will have a small impact on its bottom line, stating that interest rate costs made up about 5 per cent of operating expenses in 2021. Its banking licence in Europe also allows it to raise retail deposits to protect it against higher costs for servicing debt.

Other players in the field are less sanguine. “The whole sector has been hit unbelievably hard,” says Anthony Thomson, UK chair of Zip, the Australian buy now, pay later provider whose share price has fallen close to 90 per cent over the past year. “Interest rates are definitely going to go up substantially. Is that going to lead to greater losses in the sector? Possibly.”

Guttman-Kenney says the sector is also plagued by regulatory uncertainty. In the UK, the sector is awaiting the outcome of a consultation launched by the Treasury.

“While buy now, pay later is interest-free, as it stands it is not subject to the same regulation as other forms of credit, such as affordability checks and rules on advertising,” says Sue Anderson, head of media at StepChange. “With more and more people relying on unregulated credit due to the cost of living, it could lead to a greater risk of financial harm to consumers.”

The specific details of any regulation is unclear, although a review commissioned by the FCA warned last year that the lack of mandatory reporting could make it harder for lenders to assess whether customers could afford their products. 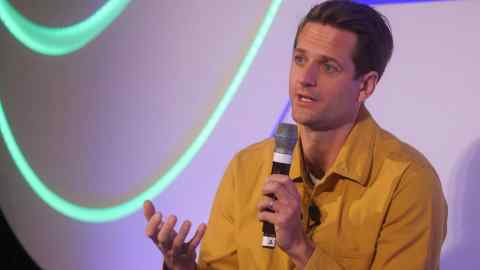 A growing number of companies have begun sharing information with credit bureaus, allowing the banks and other providers that they work with to make better lending decisions. In May, Klarna announced it would start providing information on buy now, pay later transactions to credit agencies Experian and TransUnion in the UK.

Regulators have already employed existing legislation to compel some providers to act. In February, the FCA said it had required four services to redraft terms, including those allowing them to terminate, suspend or restrict access to customer accounts for any reason without notice.

But scepticism remains among those who have struggled as a result of missed payments.

“I have seen some of the things in the news about the companies trying to make it more regulated,” says Chloe, who has not used buy now, pay later schemes since going to StepChange. “But I recently got an email from a fast fashion company, offering free delivery with buy now, pay later.