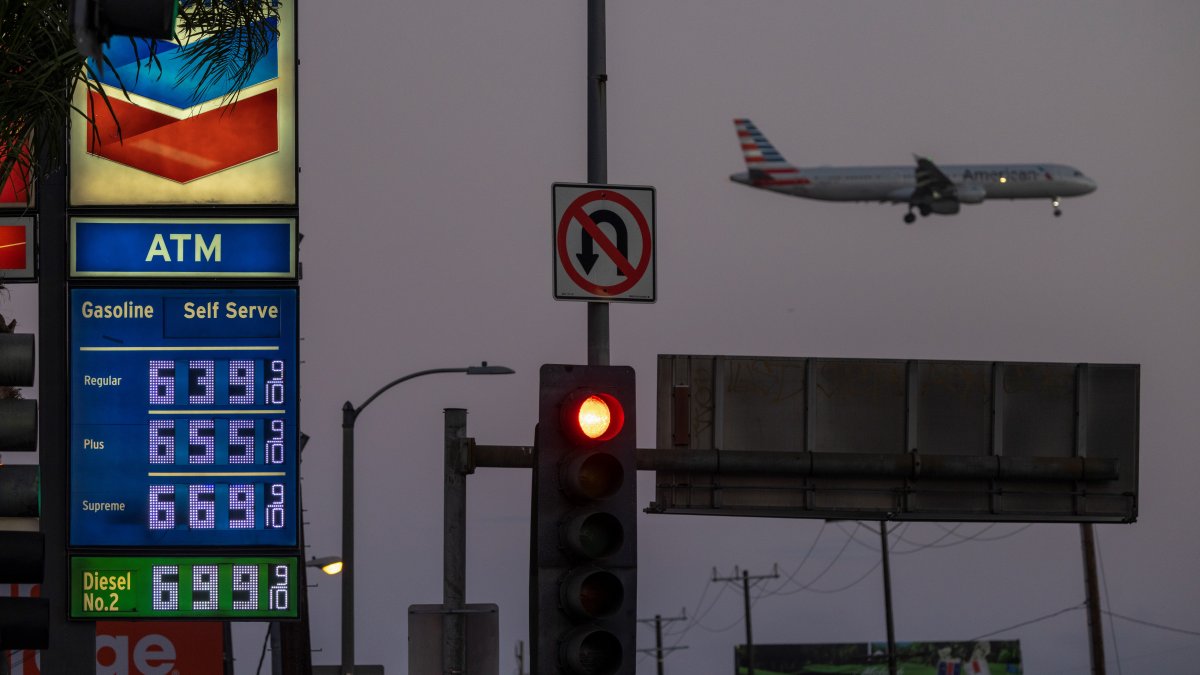 A gas tax increase went into effect Friday for California drivers ahead of a busy weekend of holiday travel.

The average price of a gallon of self-serve regular gasoline in Los Angeles County decreased for the 17th consecutive day and 18th time in 19 days, dropping 1.9 cents to $6.308. The average price has dropped 15.2 cents over the past 19 days, including 1 cent Thursday, according to figures from the AAA and the Oil Price Information Service.

The run of dropping prices follows an 18-day streak of increases totaling 36.9 cents that left drivers reeling as summer travel kicked off.

The money collected through the gas excise tax, which increases every year, is one of the state’s primary ways of funding different highway and road projects.

Earlier this week, state lawmakers approved a budget with an inflation relief package that will send cash payments to most taxpayers to help offset record-high gas prices. But that money won’t arrive until later this year, likely when the summer travel season is over.

Republicans criticized Democrats and the governor for not suspending the state’s tax on gasoline. They tried to amend the budget on Wednesday to suspend that gas tax, but Democrats rejected it.

Instead of suspending the tax, Democrats chose to send cash to taxpayers in the form of the ‘inflation relief’ payments. Households that earn less than $500,000 per year and single people who earn less than $250,000 per year will get between $200 and $1,050, depending on how much money they make.