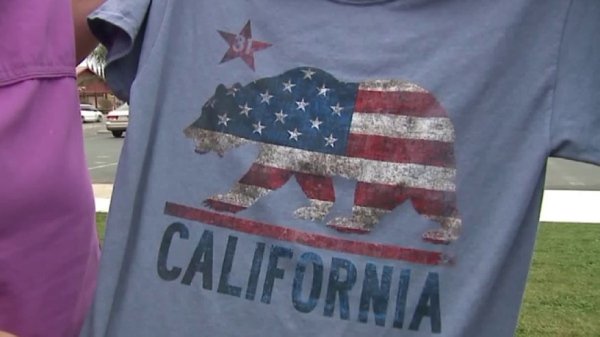 Residents of California are poised to receive stimulus payments up to $1,050 in a move by the state legislature to offset tensions as the cost of living spikes in correlation to the nation’s record inflation.

On Sunday, Governor Gavin Newsom announced the state’s lawmakers have agreed to changes to the 2022-2023 state budget, including stimulus payments to help residents deal with rising inflation and gas prices.

“California’s budget addresses the state’s most pressing needs, and prioritizes getting dollars back into the pockets of millions of Californians who are grappling with global inflation and rising prices of everything from gas to groceries,” Newsom said on Sunday. “The centerpiece of the agreement, a $17 billion inflation relief package, will offer tax refunds to millions of working Californians. Twenty-three million Californians will benefit from direct payments of up to $1,050.”

The proposed stimulus will be distributed to the state’s residents, according to the published plan.

TRENDING: MORE LIES: Cassidy Hutchinson ALSO Lied about Handwritten Note in Testimony — And Liz Cheney KNEW IT WAS A FALSE because the Actual Author of the Note Testified It Was His!

Residents who make less than $250,000 per year, or couples who make less than $500,000, would only receive $200 per taxpayer, with an additional $200 if the household has any dependents. The highest earners in the state would then receive a maximum benefit of $600 through the stimulus payments.

The Stimulus payments are expected to be issued to residents by the end of 2022.

The stimulus payments are not the only thing being amended in the new budget. The state is pledging another $200 million to help fund abortions after the U.S. Supreme Court overturned the 1973 Roe V Wade ruling.

“And in the wake of Friday’s stunning Supreme Court decision, the state is reaffirming its commitment to defending reproductive rights, providing more than $200 million in additional funding for reproductive health care services,” Newsom added.

The funding will likely go to help fund part of the coalition of West Coast states, vowing a create a haven for those seeking abortion from states where the procedure is banned.

Following the U.S. Supreme Courts ruling overturning Roe V Wade on Friday, a coalition of west coast states has issued a statement vowing to protect the access to safe and legal abortions.

In a statement released by California Governor Gavin Newsom, the states of California, Oregon, and Washington have come together to guarantee access to abortions for women in the U.S.

The statement reads, “In the face of U.S. Supreme Court Decision on Roe vs. Wade, California, Oregon and Washington will continue to be a safe haven for all people seeking abortions and other reproductive health care services in these states.”

How Bad Is It? Even Bill Clinton Says There’s a Limit to How Many Immigrants the US Can Take