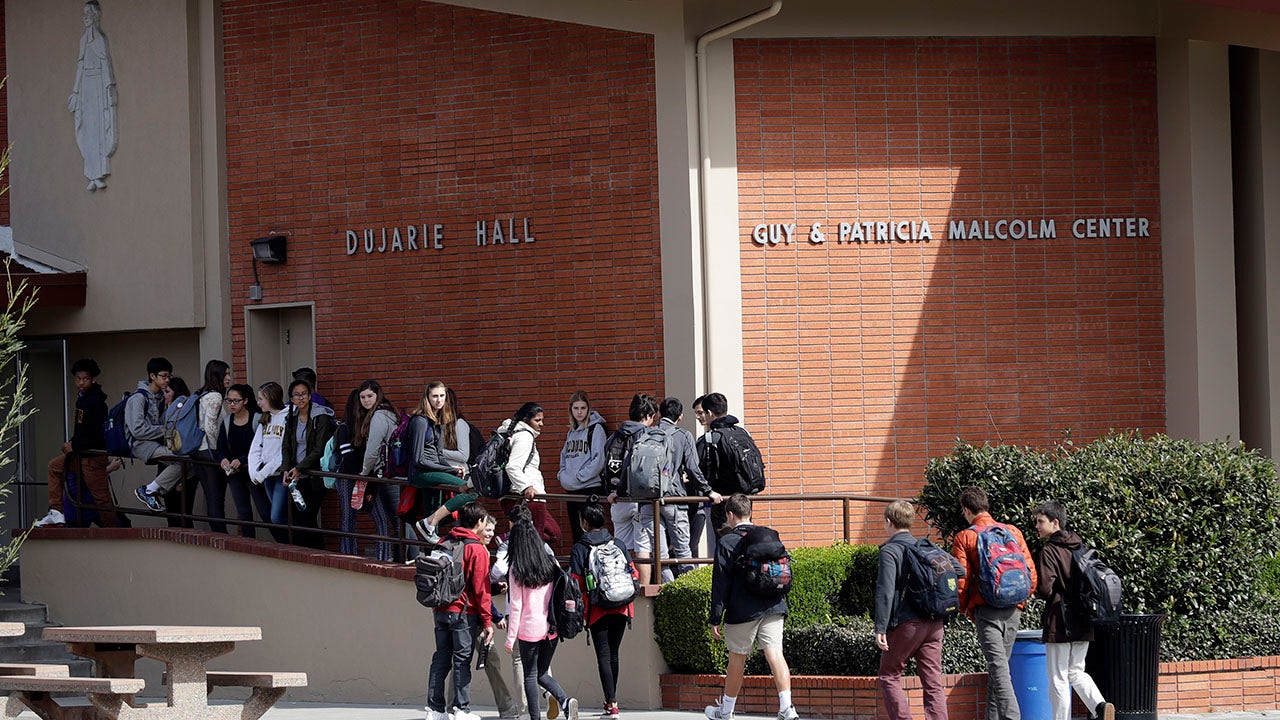 SAN FRANCISCO – As America reels from its latest spate of deadly hate crimes and racism, the California State Board of Education on Thursday approved the nation’s first statewide ethnic studies curriculum for high schools, saying the teaching of discrimination and oppression has never been more important.

After an eight-hour public meeting Thursday, board members voted unanimously, 11-0, to approve the curriculum it hopes will become a model for other states to follow.

Educators and civil rights leaders who spoke at the meeting mourned this week’s killing of eight people, most of them Asian women, in Georgia, as the latest tragic example of racism but also a poignant reminder that education is an essential strategy to combating hate.

CA TEACHER SUES UNION OVER DEFUND POLICE ‘RHETORIC’: ‘NOT WHAT WE SHOULD BE DOING’

“We are reminded daily that racism is not only a legacy of the past but a clear and present danger,” said Board of Education President Linda Darling-Hammond, who led President Joe Biden’s education transition team. “We must understand this history if we are finally to end it.”

Crafting the curriculum took three years, drawing more than 100,000 public comments as different groups objected to being left out or misrepresented. Public comment that preceded the board’s vote drew about 150 callers, many of whom asked the board to reject the curriculum and echoed the heated debate that took place throughout its drafting. The loudest criticism came from Jewish and pro-Arab groups who accused each other of trying to silence each other’s histories.

Some callers who identified themselves as Jewish and the descendants of Holocaust survivors said the plan “erased the unique stories of Jews in the Middle East.” Others criticized the curriculum as anti-Arab, saying it white-washed content about Arab Americans and erased earlier content about Palestinians.

The nearly 900-page Ethnic Studies Model Curriculum, which has been years in the making, is meant to teach high school students about the struggles and contributions of “historically marginalized peoples which are often untold in U.S. history courses.” It centers on the four groups that are the focus of college-level ethnic studies: African Americans, Chicano/Latinos, Asian Americans and Pacific Islanders and Native Americans.

It also includes lesson plans on Jews, Arab Americans, Sikh Americans and Armenian Americans who are not traditionally part of an ethnic studies curriculum “but have important stories to tell about oppression and contributions” to California and the country, state Superintendent of Public Instruction Tony Thurmond said. Those groups were added after objecting to an earlier draft that left them out.

SAN FRANCISCO SCHOOL BOARD FACING LAWSUIT OVER RENAMING OF 44 SCHOOLS

California Department of Education officials say this would be the first statewide ethnic studies model curriculum in the nation. Other states have taken different approaches to teaching ethnic studies. Oregon is developing ethnic studies standards for its social studies curriculum, while Connecticut high schools will be required to offer courses in Black and Latino studies by the fall of 2022.

The course materials in California include 33 lesson plans, which schools are not required to use but can pick from to fit their student communities. More than three-quarters of California’s 6.2 million K-12 students are non-white: 55% Latino, 22% white, 12% Asian or Pacific Islander and 5% African American.

One lesson plan suggests discussing an incident of police brutality as part of the Black Lives Matter movement. Another urges students to interview Korean Americans and Black residents who were in Los Angeles during the 1992 riots to study how existing tensions exploded into deadly violence.

Other lessons ask students to study poetry and art by Japanese Americans put in internment camps during World War II to better understand the hostility they faced.

BOB WOODSON: THE CIVIL RIGHTS MOVEMENT I WAS A PART OF HAS BEEN BETRAYED BY A TWISTED PROGRESSIVE IDEOLOGY

“This is a pivotal moment in our California education history,” said Karen Korematsu, the daughter of late civil rights icon Fred Korematsu, a Japanese American who resisted internment during World War II and took his battle all the way to the U.S. Supreme Court, where he ultimately lost but devoted his life to fighting for civil rights.

“As my father said, ‘Stand up for what is right.’ Prejudice is ignorance, and the most powerful weapon we have is education,” Korematsu said.

Several education officials called the curriculum “a starting point,” noting that it will be added to and expanded upon and teachers will develop lessons that best suit their classes, as they acknowledged that a curriculum on racial and ethnic issues was bound to be divisive.

“This criticism will continue. I can guarantee you that,” said California Secretary of State Shirley Weber, a former lawmaker and academic who created an ethnic studies program at San Diego State University in the 1970s. “We will not find the perfect curriculum, but we have one that is strong.”

“Si, Se Puede!” said Huerta, citing her famous phrase, “Yes we can!” that President Barack Obama borrowed as his campaign slogan. “We can make it happen. And it’s time.”