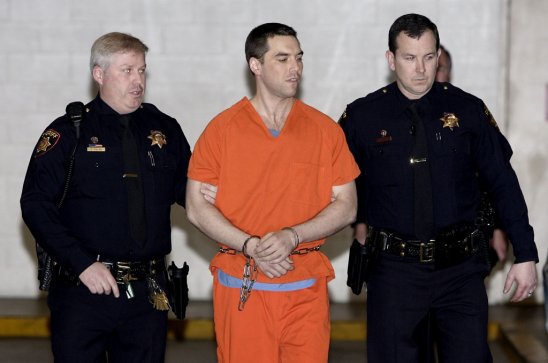 A California home once owned by convicted murderer Scott Peterson and his late wife Laci sold for $50,000 over asking, the Sacramento Bee reported.

The couple lived at the residence in the Central Valley city when Scott was accused in 2002 of murdering 27-year-old Laci and their unborn son, Conner, SFGATE reported when the home was first listed. Laci went missing on Christmas Eve 2002, the day her husband left the home to go fishing at the Berkeley Marina. Scott came under suspicion almost immediately, with detectives noting he seemed far too calm for a man whose pregnant wife had suddenly vanished.

“Authorities speculated that Peterson strangled his pregnant wife in the house on or just before Christmas Eve 2002 before slipping her weighted body into San Francisco Bay,” the Modesto Bee said.

The body of Laci and the fetus of Conner washed up on the shoreline near Richmond in April 2003. Their remains were badly decomposed from time in the water and no cause of death was ever determined. A few days later, police arrested Scott, who had dyed his hair blond and filled his car with survival gear, $15,000 in cash and other evidence of a possible escape to Mexico.

Peterson was convicted of double murder in March 2005. He was on death row at San Quentin until 2020 when his sentence was overturned by the California Supreme Court due to errors made during jury selection for his original murder trial. Last year, he was re-sentenced to life in prison without parole. Peterson has maintained his innocence and is currently back in court attempting to get a new trial.

Modesto is one of the many places in California where home prices are rising. The average home value in the Central Valley city was $442,285 in March 2022 and has gone up 22% over the past year, Zillow said.

With a vast front lawn and tall shade trees, the home is located in Modesto’s La Loma neighborhood was advertised on Zillow as “move-in ready” with a swimming pool and hot tub, a freshly painted interior and a remodeled kitchen featuring stone countertops, a six-burner gas stove and a built-in wine rack.