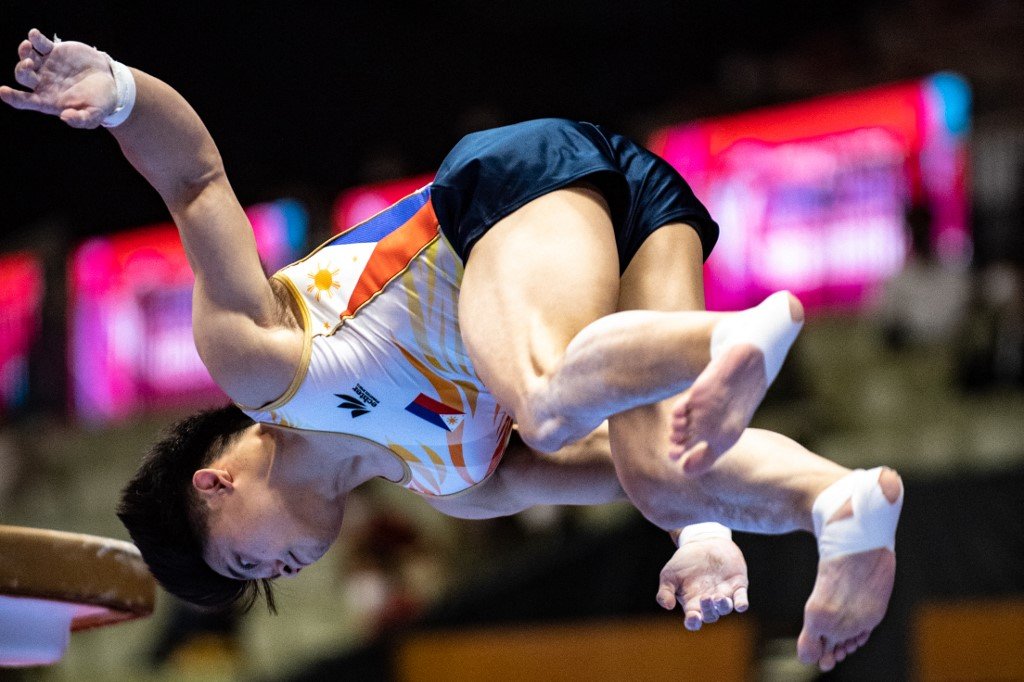 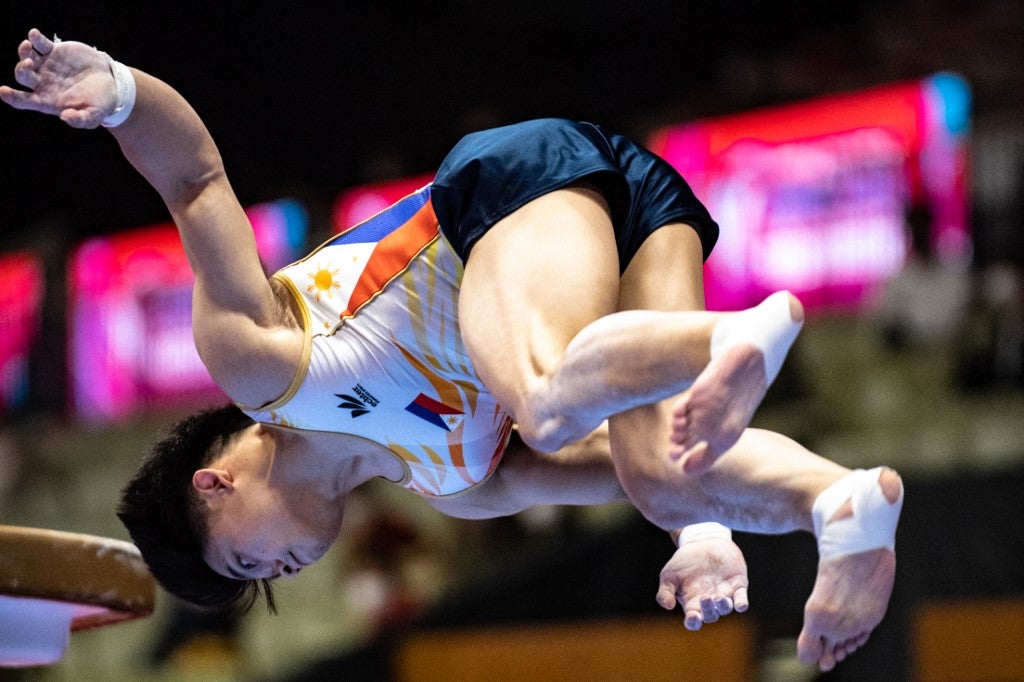 Philippines’ Carlos Edriel Yulo competes in the vault event at the men’s team qualification during the Artistic Gymnastics World Championships at the Kitakyushu City Gymnasium in Kitakyushu, Fukuoka prefecture on October 20, 2021. (Photo by Philip FONG / AFP)

HANOI—Everyone competing in the 31st Southeast Asian (SEA) Games gymnastics event knows what to expect out of Carlos Yulo.

While training at Quan Ngura Sports Palace on Thursday, Yulo had everyone’s attention—and, at the end of his practice routines, their applause, too.

“It’s the same [response I got] as last time [in the Manila SEA Games], I was also No. 1,” Yulo said. “But I never think that I’m the best, because there are many gymnasts here who are very good.”

What to expect from Team Philippines here, however, is not as clear. But Friday’s jam-packed schedule should provide a lot of clues.

Kickboxing has six finalists gunning for gold. Wushu will have four golds at stake while fencing, petanque and gymnastics will put two golds up for grabs each.

Yulo, a Tokyo Olympian, will take a shot at lighting up the country’s gold count, which currently stands at one, way behind the rush of victories by host Vietnam. After all, he has his eyes focused on the road ahead.

“Every time it’s the Olympics that I think of,” said the two-time world champion. “Because of the experience I had in Tokyo. I may not have won a medal but it made me want to become better. That’s what I learned for that experience.”

The country will field entries in 21 sports taking place in the first busy day for the biennial games.

Also getting their starts are athletes of 3×3 basketball, esports and golf, who are all gold medal threats.

The country’s 3×3 ballers will face a tougher grind as they look to defend their title, with opposing countries reinforcing their squads with players born or raised elsewhere. Golf, meanwhile, will be fielding in a relatively young squad led by 2019 gold medalist LK Go.

Go will be joined by ICTSI-backed Mafy Singson and Rianne Malixi, a strong bet for the individual gold.

Sibol, the country’s esports squad backed by Smart, also hopes to corner a bulk of the medals at stake in the virtual arena.

“It was a long journey (plane trip) but okay, overall,” said Obiena, who competes on Saturday.

“Let’s encourage our athletes, let’s pray for them. They have prepared hard for this, it’s their time to shine,” said basketball legend and commissioner Ramon Fernandez of the Philippine Sports Commission, who is also chef de mission for Team Philippines.

At press time, host Vietnam already has 10 golds with Malaysia copping nine. Indonesia is at third with three golds while the Philippines is lodged at fourth place with one gold, five silvers and five bronzes after Wednesday.

“I’m pretty much optimistic that our standings will improve as the games come along,” said Fernandez.

The last time the country competed in the SEA Games outside the Philippines, it placed sixth, producing 24 golds, 33 silvers and 64 bronzes.

The meet will be shown on Cignal, One Sports and One Sports+, and will also be streamed via Smart GigaPlay.